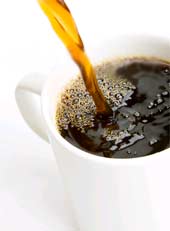 In a world where lawsuits against coffee spillers have been filed and settled for considerable sums, you'd have to wonder what the parents of a 4-year-old pre-K student in Brooklyn are thinking, after their son was scalded when a teacher spilled hot coffee on his head.

The Post reports little Colin Huston, who attends PS 238 in Gravesend, "lost a patch of hair and was permanently scarred" when a teacher bumped into him earlier this week in the school cafeteria. His mother said, "I went completely ballistic. I was just very upset... Part of his hairline is gone." Yikes!

It turns out that the Department of Education's policy "does not allow anyone walking with a hot liquid without a cover or lid as a safety precaution." Get thee a lidded coffee mug!

Two years ago, a State Senator's former aide accused her boss of scalding her with hot coffee. The aide, upon State Senator Ada Smith's announcement she lost 4.3 pounds, had apparently said, "Oh, that's good, senator, but at the rate you go around I would have thought you'd lose 20 pounds," only to have coffee thrown on her. Smith, who claimed her aide said she needed to lose 100 pounds, was convicted of harassment.

#brooklyn
#coffee scalding
#hot coffee
#PS 238
#public school
Do you know the scoop? Comment below or Send us a Tip