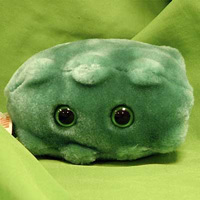 After 40 years opening doors for the tenants at the same Upper East Side building, Jonah Seeman probably would not like to be remembered as the "Bad Breath Doorman;" who would? Still, he's happy he spoke up when he received his third disciplinary letter in nine months, suspending him for having terrible halitosis. The message was quite clear that he was going to be dismissed because of bad breath that someone--never identified--who felt that his oral odor was just too much to bear. Seeman is 60 years old and has worked at Gracie Gardens on East 89th St. since 1967. For now, it seems that his continued employment seems assured.

Recently, however, he received what he perceived as a third strike letter from Cooper Square Realty.

"Your poor personal hygiene in the form of bad breath is seriously interfering with your job performance," Cooper Square agent Joe Scholes wrote.

"We therefore have no choice but to take the necessary disciplinary measures up to and including termination of your employment if necessary."

Seeman's seen a doctor about his alleged condition and was given a clean bill of health; he cut garlic from his diet, regularly gargles with mouthwash, and uses breath mints while working. Tenants at Gracie Gardens were appalled that they would lose their longtime doorman over such a matter. Cooper Square Realty relented and said that Seeman would not lose his job nor any more pay over his breath issues.

Yesterday we linked to the American Dental Association on how to treat and prevent halitosis. Today, we offer the advice of the Mayo Clinic on the same subject.

(Picture of a plushy of Porphorymonas gingivalis, the microbe commonly causing bad breath)

#advice
#cooper square
#east side
#health
#Mayo Clinic
#news
#strike
#Upper East
#upper east side
Do you know the scoop? Comment below or Send us a Tip