Backhoe On BMW Boondoggle Was Totally Just An Accident

This weekend we all laughed at the above photo of a John Deere backhoe seemingly about to scoop up a parked BMW on the corner of Mott and Bleecker Streets. But the question remained, how did it get there? By accident, construction workers swear.

According to workers on the scene yesterday the heavy-duty piece of equipment ran out of juice this weekend and couldn't be moved until a generator was brought in to restart her. "It was just an accident," a worker told the Post.

So who is going to pay for the dent in the car? Contractor John P. Picone Inc.—though they're not quite ready to admit it was their fault. "I have an operator who said the car wasn’t there when he left it, and a driver who said the excavator wasn’t there when he parked it," JPP Vice President Robert Wessels said. "The car’s owner has already been in contact with our insurance, with our risk manager. We’ve agreed to get his car repaired. We’re paying for it." 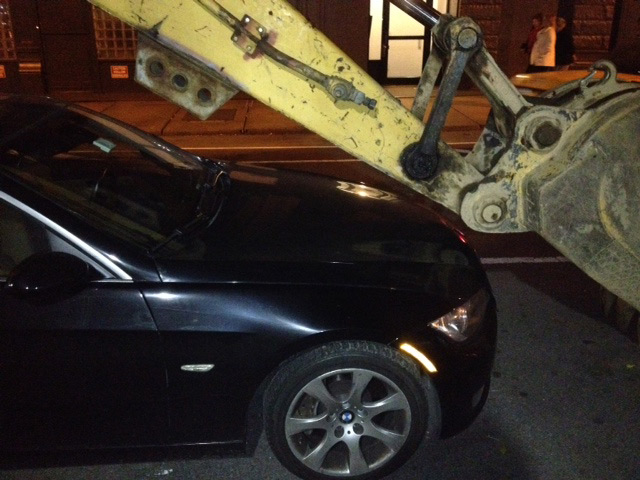