Back to Work (Partially) at Trump Soho 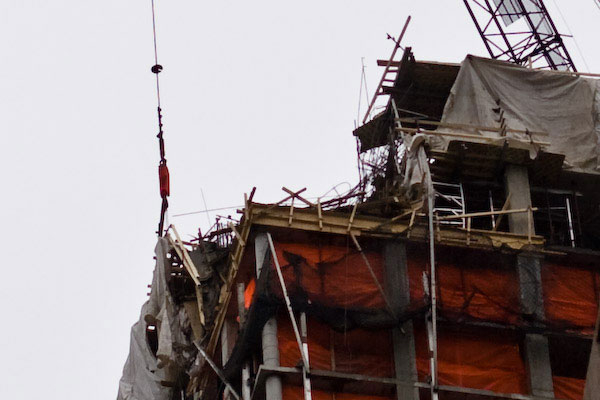 The Buildings Department has partially lifted the stop work order at 246 Spring Street, aka the Trump Soho building at Spring and Varick. On January 14, a construction worker fell to his death while pouring concrete molds on the 42nd floor. A second worker also fell, but was saved by netting around the building.

With this partial removal of the stop worker order, the DOB has made some more requirements, which are after the jump. It's the perfect Monday complement to today's New York magazine feature about the building ("the soon-to-be-46-story glass-and-steel tower isn’t even finished yet, but it has already amassed a dark history").

#department of buildings
#soho
#stop work order
#Trump Soho
Do you know the scoop? Comment below or Send us a Tip