Back to School Time 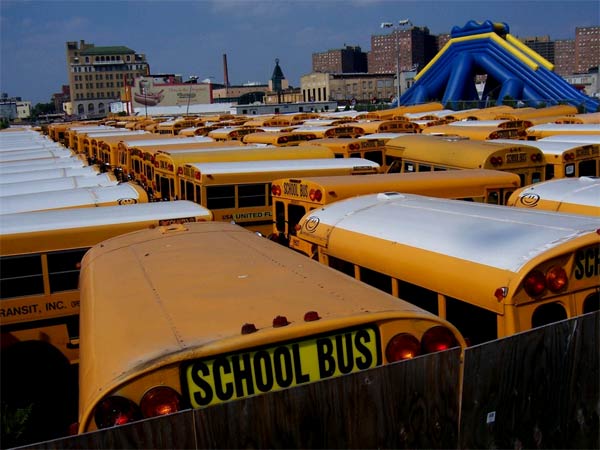 Students of all ages are headed back to classes this morning. The NYC public school system is opening its doors this morning all over the city. Insideschools reminds us there are 1.1 million students and 150,000 educators in the system - and that quite a few charter schools have been open since last week!

Reforming the education system has been a cornerstone of Mayor Bloomberg's platform, and this school year starts with, per the Post, the biggest "education budget in the city's history" - nearly $17 billion." But the Mayor and Schools Chancellor Joel Klein have had mixed success. He's certainly proposed a number of ambitious and controversial initiatives, from the end of social promotion to giving schools letter grades, plus much a reliance on standardized testing and cash incentives for the poor with certain attendance levels and good grades.

Of course, the Bloomberg administration and the Department of Education fouled things up with their re-routing of bus routes in early 2007, with bright ideas like giving a 6-year-old a Metrocard to take mass transit, instead of a school bus, so much so that parents are very worried about bus service today. And then there's the lingering fight over student cell phones.

Also via Insideschools, Education Notes Online is critical of yesterday's NY Times article about the start of the new school year, pointing out, "No questions about how ["better" graduations] figures are arrived at. No talk of the lack of special ed or bi-lingual kids... No talk about the kids from closed schools being forced into overcrowded large schools as a way to ensure failure. No questions about why they don't try to fix the large schools."

Here's a PDF of the 2007-2008 public school year. The Daily News also has a section on education; today, the News wonders if test scores are getting better because the questions are easier.