Babe Vs. Boxer in Court: No Decision 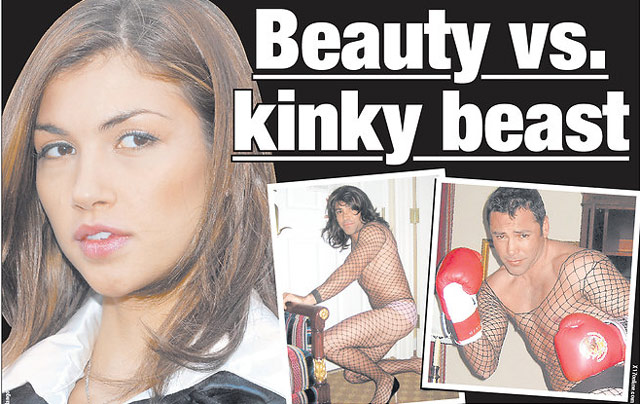 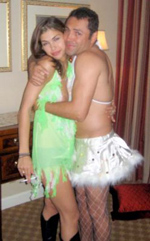 What would Norman Mailer make of a boxer cavorting in high heels, fishnet stockings, and a fur-trimmed tutu? "I respect most boxers because they're violent people who learned to discipline themselves," opined the late writer. Mailer may be dead, but it's doubtable whether the embarrassment that Oscar De La Hoya faces will ever die. The New York Times framed the situation ably, noting the media alert notifying the press that De La Hoya would be in court to confront his former mistress over racy lingerie photos. Unfortunately for the boxer, it was he wearing the lingerie.

The woman scorned is Milana Dravnel, who consorted with the married De La Hoya for some time (they met while she was stripping at Scores on West 28th Street). During their relationship, photos were taken of the champ wearing an array of machismo-diminishing get-ups, e.g. wigs, fishnet body stockings, high heels, a satin fur-trimmed tutu, and a bra.

When these photos inevitably seeped onto the Internet, De La Hoya lashed out at Dravnel, calling her a liar and claiming the photos were doctored. She's now in court to sue the boxer for maligning her - to the tune of $25 million. Her lawyer, Salvatore Strazzullo, said that they were there simply to restore the good name and reputation of his client, who is no longer a stripper by the way.

In the end, neither De La Hoya or Dravnel showed up in court, even though Dravnel had been there earlier (without the boxer there, the beauty decided to split). De La Hoya's lawyer had few nice things to say to the press hordes congregating to cover an otherwise forgettable story of a cross-dressing champion boxer. Per the Times, Judd Bernstein said, “So was it really worth the trip? I think the real story is that all of you”— and here he used a vulgar Yiddish word — “actually showed up.”