Astroland Granted a Stay of Execution 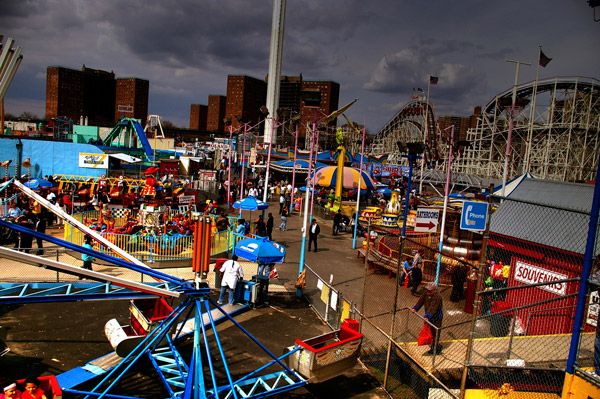 If you like your Astroland, there's some good news. The Post is reporting that the Coney Island amusement park will be open for another summer. Apparently, Councilman Domenic Recchia Jr. is brokering a deal to keep the park open through the 2008 season. Astroland's operators are working out details of the deal, including compensation, with Thor Equities

As you know, Thor has grand plans for the Astroland site. After purchasing it for $30 million last year, plans now call for an amusement park with a water park and a swanky hotel (the condos were dumped). The article also says that the city is looking for a new location for Astroland near Keyspan Park, the home of the Brooklyn Cyclones minor league baseball team.

Of course the extension of lease would come too late for some of the rides already demolished ahead of the previous closing date of Labor Day this year.