Ask A NYC Housing Lawyer: What If My Landlord Won't Turn On The Heat?

Do you have a question about New York's complex and sometimes terrifying housing laws? Native New Yorker columnist Jake Dobkin has been receiving a lot of these questions lately, and he's decided to kick some of them over to his dad, longtime NYC tenants' lawyer and housing activist Steve Dobkin. If you have a question, email us and we will pick the most interesting ones to pass along to him.

This question comes from a New Yorker whose landlord isn't turning on the heat.

My roommate and I had been happily living in a two bedroom apartment in a Bed-Stuy brownstone (not rent-stabilized, but heat is supposed to be included in the rent) for two years when our building was sold. The new owners have been dishonest and shady from the beginning, but we thought we could just ride it out by keeping our heads down. However, now that it's getting cold, it seems like we won't be able to keep that strategy up.

We have been asking for the heat to be turned on for almost ten days and the super responded that "the boss" was coming to turn it on. He apparently never came over, so we filed a complaint with 311. Then it got warmer again for a few days, so we didn't press the issue but when the forecast warned about cold weather at the end of this week, we mentioned the issue to the super again and left a message with the management company. Still no heat.

On Wednesday night we get a call from a guy who "works for the owner" and claims that the boiler in our building is broken and the only option would be to install electric baseboard heating in our apartment. According to our lease, heat is included in our rent, so I told him that that just wasn't acceptable. He said he would talk to the owner. I filed another complaint with 311.

On Thursday I left a message with the owner to remind him that heat is supposed to be included in our rent and that we are not okay with having to pay the exorbitant electric bill that will no doubt result from baseboard heating. He mentions, rather nastily, that our lease will be expiring on December 31st, so there would be changes soon anyway and that he can choose to supply heat however he wants. However, since we still have a lease that indicates heat is included, he would be willing to reimburse us for a portion of our electric bill.

Now, first of all I don't believe that the boiler is broken. The new owners are just trying to get out of having to pay for heat and have already succeeded in replacing the radiators with electric baseboard heating in the remaining three apartments in the building, as they have become vacant over the course of the past six months.

Secondly, almost all of our ConEd bills have been estimated and not based on actual meter readings (because the tenants do not have access to the basement and cannot let the meter reader in), so I think it will be very difficult to say how much usage the heaters add and how much our landlords owe us. Additionally, we may not receive the real bill until months later. Finally, I don't believe that we would actually be reimbursed accurately and in a timely manner, if at all.

It seems to me that the landlord has an obligation to repair the (allegedly) broken boiler and cannot shift the responsibility of paying for heating onto us (even if we may get reimbursed) while we have a lease that specifies that the landlord pays for heat.
The landlord has not been responsive to us pointing these issues out and has basically said "Take the baseboard heat or be cold." Do we have any legal right to refuse electric baseboard heat and insist on getting the boiler "fixed"?
This has been a little long-winded, but if you can add any insight at all, we would greatly appreciate it!

Dear Mr. and Mrs. Frosty and Shivering In Bed-Stuy,

New York can be a cold-hearted town from the standpoint of tenant rights. The good news is that between October 1st and May 31st (“the Heat Season”), the City Housing Maintenance Code and State Multiple Dwelling Law mandate an inside temperature of 68 degrees during the day, between 6:00 a.m. and 10:00 p.m., when the outside temperature falls below 55 degrees. Check out the detailed rules for day and night heat at the Heat and Water page of the NYC Department of Housing Preservation & Development ("DHPD").

The not-so-good news is that the courts have interpreted these laws to permit the City’s growing population of generation-X Donald Trump wannabes to satisfy their legal obligation by installing individual gas or electrical systems in non-regulated apartments, leaving the tenants to foot the heat bill. For rent controlled and stabilized apartments, the owner would need to apply to the Division of Housing and Community Renewal (“DHCR”) for permission to modify services, which is supposed to lead to a concomitant reduction in rent to cover the additional costs to the tenants. 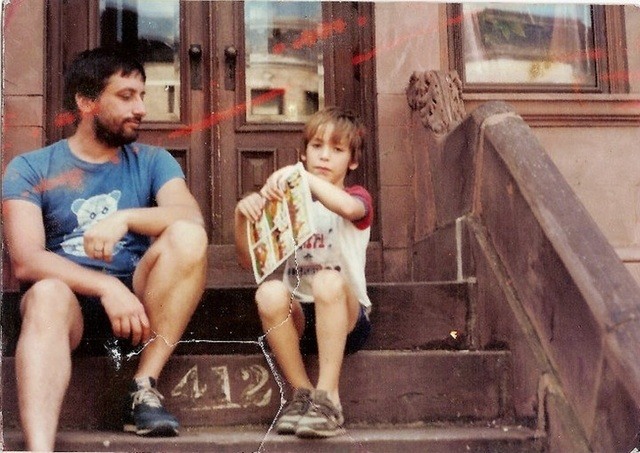 New York City’s Building Code contains strict construction standards for energy conservation for new buildings, but proper insulation of an older building will generally only be required by the NYC Department of Buildings (“DOB”) if alterations are performed which involve the removal of apartment walls, or other work which impacts on portions of the building envelope.

If the heating system is not generating the required heat, a tenant should commence a Housing Part (“HP”) proceeding in the Housing Court in the borough in which you live. The pro-se clerk can assist you in filling out the forms. You should name as Respondents the Owner, managing agent, and individual listed as the registered managing agent on the DHPD website.

DHPD is a mandatory party. If there is a problem with the heating system, making it impossible for the temperature to rise to 68 degrees, also name DOB as a Respondent. When you file the HP proceeding, request an HPD and DOB inspection. Since you may need to seek contempt penalties, including jail time, if the lack of heat continues after a Court order, be sure the order prepared by HPD names the individual managing agent, as well as the corporate entities.

If you have a current lease which requires the Landlord to provide the heat, the terms will carry over into a month-to-month tenancy if the Landlord accepts rental payments after the lease expires. The Landlord cannot unilaterally change the terms of the expired lease.

If you pursue your rights prior to the expiration of the lease, and violations are written by the City for inadequate heat, you will have a good defense of retaliatory eviction under Real Property Law (“RPL”) Section 223-b. if the Landlord turns around and attempts to evict you. If you’re successful, your old lease can be extended for another year.

If proper heat is not provided, you have the right to an abatement of rent under the warranty of habitability. Keep careful records on a regular basis to document the temperatures inside the apartment. The bad news is that if you’re named in a Housing Court eviction proceeding you will wind up on the “Housing Court Blacklist,” a shorthand name for an industry of tenant screening companies who sell the names and addresses of tenants named in eviction proceedings to real estate brokers and managing agents, among others. This outrageous situation has chilled the legal rights of tenants, and, for the time being, made rent strikes, a once powerful remedy, a thing of the past.

Be sure to join with other tenants in your building to form a tenants' association, and hook up with Met Council on Housing for advice and resources on dealing with these problems in a broader context. Experience the warmth of solidarity!

If you've got a housing question you'd like answered, just drop us a line here.

The opinion herein does not constitute legal advice, which may only be given in the context of a lawyer-client relationship.