Ask a Native New Yorker: Who Should I Vote For In The Primary?

This week's question comes from a reader who's wondering if our columnist has changed his tune on Bernie Sanders's electability.

About six months ago I wrote in asking what you thought of Bernie Sanders's chances in the presidential election. Despite praising him on the issues, you said "he will never, ever win," because "Americans find New Yorkers, particularly New Yorkers with big honking Flatbush accents, annoying in the extreme." You said this would limit his appeal, and lead to an inevitable Hillary victory. A lot has changed since you wrote that—and the New York primary is coming up on April 19th—do you still stand by what you wrote back then? Who are you going to vote for in two weeks?

Have you ever met a native New Yorker who was good at admitting to having made mistakes or changing their mind? Donald Trump is instructive in this regard: he might change his mind three times in three hours on something as important as whether women who get abortions should be imprisoned, but the most you'll get him to say is that you misheard him, or maybe, if it was really, really bad, that he "misspoke." This is because in New York, most arguments are won not by thoughtful debate, but by simply restating your premises louder and with more profanity. Exactly what you want in a president!

So I stand by what I wrote in October, which was 100% correct, except in one or two tiny places where you misread or, in the case of a line like "by April 19th... the Democratic contest will have already been long decided," maybe I "mis-wrote." But the basic premise, that New York Jewish Socialists are hard to elect in our country, I believe continues to be true, and has been borne out by the results of the 35 primaries and caucuses already held: Hillary continues to lead, particularly in Southern states with high percentages of minority voters. Unless Bernie wins by a yuuuuge amount in New York, a large and racially diverse state, he's toast. (The latest polls show Hillary up by 11 points).

So I'm going to vote for Hillary in two weeks, right? Wrong! In primary elections, you must vote for the candidate who best matches your policy views, AND who you believe in good faith would win the general election if they were to win the primary. It is my sincere belief that the defining issue of our time is inequality, particularly in wages, but also in housing, education, and health care. As I wrote in that reply back in October, "Bernie has been working on it for his entire career, while Hillary has tacked right or left depending on what she thought would play the best." Hillary's close ties to Wall Street banks, as demonstrated by her fundraising and the millions she took for "giving speeches," lead me to conclude she might not push as hard for serious change in this area. 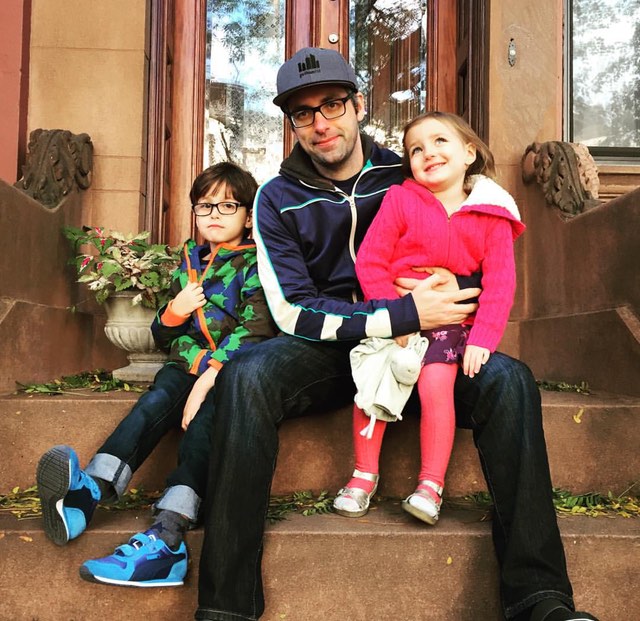 But didn't I just say Bernie can't win, because of his heretofore demonstrated weak support among blacks, hispanics, and Southern whites? Yes! But I am not a member of any of those groups—among young, Jewish, wackjob-leftist Park Slope residents Bernie is going to win at least 110% of the vote. Nobody can predict the future; maybe some combination of Bernie's personal charisma and heightened attention from the national media over the next couple of weeks will cause him to break out and attract new voters. Maybe the enthusiasm young people have for him will catch on with their parents and grandparents. Maybe minority groups vote differently in New York than they do in Georgia!

If any of that came true, I honestly believe Bernie could win a national election against Trump or Cruz, the two most likely Sith candidates. Many Trump voters like Bernie's populist message, and I think that given the choice between an honest man who's fought his whole professional life for working people, and a disgusting plutocrat who's made his fortune by exploiting them through casinos, hiring illegal and non-union construction workers, and selling bogus get-rich-quick schemes, Bernie will come out on top, or at least draw enough of Trump's support away to win with the help of a broad Democratic coalition with favorable demographics. The polls have been showing the same thing: one by PPP that came out today shows Sanders beating Trump by 8 points, 48% to 40%.

(Sanders vs. Cruz would be even easier, because Cruz's natural base is a relatively small group of hardline evangelicals, and his basic message of tax cuts for the rich, far-right social conservatism, and total war in the Mideast are widely unpopular with the general electorate, and even with the populist wing of his own party, who would certainly desert him for a Sanders' candidacy. The polls show Bernie up over Cruz by a mere 7 points, but I think once these differences draw more attention, it would end in a Sanders landslide.)

But what if Sanders does not win the New York primary? Some small number of Sanders's voters have already declared that they will never vote for Hillary, as there will be no difference between a Hillary administration and a Republican one. This is patently absurd—I will simply note that the Supreme Court already hangs in the balance, and both Cruz and Trump have pledged to appoint hardline conservative judges who will immediately plunge the country into a dark age of illegal abortions, rule-by-plutocracy, and outlawed unions. Once our people calm down, they will come to their senses, and rejoin Hillary's coalition.

Hillary is also uniquely well-positioned to take down Trump on his greatest weakness: his vulgar and repulsive misogyny. Plenty of smart leftists feel that the defining issue of this election is not inequality, but the way the country treats women—and we have more women in this country than poor people. Bernie is solidly liberal in his views on abortion, contraception, family leave, etc., but Hillary is still the better messenger on these issues, because she has the personal experience that he does not.

Hillary would also draw out the most disgusting parts of Trump's personality in the debates, and I believe that this would be more than enough to counterbalance her weaknesses (connections to Wall Street, tendency to dissemble, vote for the Iraq war...), at least among women, and that will be enough. As of today, she's running 7 points ahead of Trump in general election polls.

Are you still undecided? Bernie and Hillary are both strong candidates with longstanding connections to New York City. Given that either will most likely face a divided Congress, and won't have the opportunity to pass anything in the way of major legislation, it probably doesn't matter which one wins—their main function will be to defend the progress we made under Obama and appoint good Supreme Court judges. However, there is a small but non-zero chance that the Republican candidates are so ridiculously, comically terrible that the Democrats could sweep the House, Senate, and presidency all at once, and in that case, our city and country are better off having the candidate who is committed to the most far-reaching progressive change.

That candidate is Bernie Sanders, and I, speaking only for myself, urge you to vote for him on April 19th.

N.B.: I continue to believe that Trump will be better for NYC than any of his Republican opponents. He is currently polling 36 points ahead of Cruz in New York, however, so I will wait to revisit his campaign until he clinches the nomination, or until the Republican elites attempt to steal it from him at the convention in July.