I am a native New Yorker from Bushwick and live in Philly. I live very well here but I have been plagued for a number of years with abject homesickness. I want to move back home so bad I can taste it but I know I could not possibly afford the quality of living I have here. My question is, “When you are gone 20 years from New York (although I am there almost once a month—my family is still there after all), do you cease being a New Yorker? Do I have to be called a Philadelphian (GASP!!) now?Granted, I am still a loud, obnoxious and proud New Yorker (what makes us this way?) with the quintessential accent which makes me the “Go-to” person for anything New Yorkish. So tell me. Am I still a “real” New Yorker? Please let me down easy.

So over the past 3 years I've been going to school at SVA, and my dad asked me the question recently, "Are you a New Yorker now?." So that got me thinking, at what time can I call myself a New Yorker, certainly I feel like NY is my home, but I don't have the years under my belt. So what do you think? Is it a mental thing, or a number of years? And if you can answer my dad's question, that would be rad.

- Hunter White, hanging out near the Flatiron.
3) Hi,

Am I still a New Yorker if I don't live there anymore, considering I grew up in Queens for basically my entire pre-adult life (before college), and if my entire family is still there in the same neighborhood? My parents have lived in the same 10 block radius in Woodside since before I was born. I feel guilty that the neighborhoods I knew and loved have changed so much (code: gentrification, as ever), and that I haven't been there to take a part in it. I'm in my mid-20s now, and after leaving the city for college, I haven't yet made it back -- grad school and work have taken me to other countries and cities in the US. I want sooo much to be back in NY, near my family and old friends, but I have not been able to find those opportunities. And I don't know when I'll be there next, due to the nature of my profession.

Can I still go around saying that I'm a real New Yorker? Please say yes!

It's been a bit more than a year since I started writing the "Ask a Native New Yorker" column. I've gotten many interesting questions from you, on topics that ranged from serious (abortion, the 9/11 museum, gentrification) to silly (the New York accent, rules for stoop-sitting, the difference between a bodega and a grocery store). But by far the most common type of question was variations on "am I a native New Yorker?" and "am I a real New Yorker?"

I've addressed the topic a few times already, and considered it settled. But a couple of weeks ago I did a spot on Brian Lehrer's WNYC show, and when someone called in to get an opinion on her relative realness, I was surprised to find that Brian disagreed with my response. I thought perhaps I'd miscommunicated it, so here, for the record, and to celebrate my one-year anniversary of writing this column, is my Full and Complete Theory of Who is a Native New Yorker and Who is a Real New Yorker. 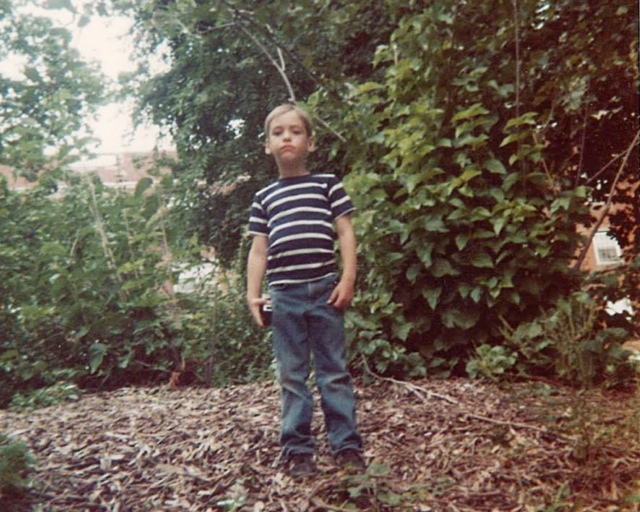 Everyone should agree that a "native" New Yorker is someone who was physically birthed within the five boroughs of New York. This requirement seems straightforward to me: except in rare instances (birth on a plane while inbound to Newark while passing over NYC airspace? Birth precisely halfway through the Lincoln Tunnel? Birth on one of the uninhabited islands of Jamaica Bay, which are administrated by the National Parks Service but lie within the borders of NYC?) I think it requires no subjective judgement call.

However, while it is necessary to be born here to be a Native New Yorker, it is not sufficient. Two additional requirements must be satisfied before you are welcomed into the Native New Yorker circle of trust:

b) You must die here

Surprisingly, I've yet to meet any other natives who agree with both of these rules. Some people say the first is too ambiguous- does spending a summer away at camp, or doing a semester abroad in Europe during college disqualify you? The most restrictive definition of "native" would say yes, but I've heard it argued that it's cruel to say that someone has lost their native card just because of a short absence. However, it seems obvious to me that if you physically pack up all your stuff and move to Philadelphia, change your driver's license, and start voting and paying taxes there, you are no longer a Native New Yorker. But hey, you've got better cheesesteaks or something, right?

I recall Brian Lehrer saying that my second requirement was "really crazy", but I think all true natives follow the Dylan Thomas line: "Do not go gently into that good night but rage, rage against the dying of the light." (He was Welsh, but died a classic New York death after drinking 18 whiskies at the White Horse Tavern.) By rage, I mean keep truculently putting up with New York until the moment that your soul is released into whatever afterlife awaits native New Yorkers (probably haunting the subways like Vincent Schiavelli in Ghost?) Also you should definitely be buried in one of those cemeteries by the LIE in Queens. 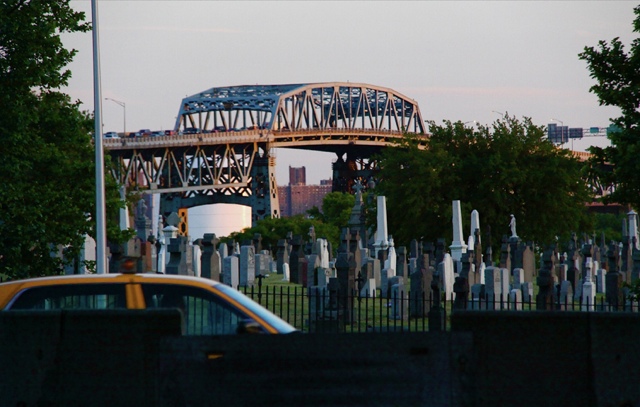 It's possible that the set of all New Yorkers who meet these stringent qualifications is empty. In that case, I think nativity should be treated as a platonic ideal, which even the most determined of us can only approach asymptotically. But I do suspect there are a few true Natives buried around the city—perhaps never having left the safe confines of Staten Island or Bensonhurst during the course of their lives. Like the 36 Tzadikim Nistarim in the Talmud, they're probably the only thing keeping the city from apocalyptic disaster.

But I digress. Applying this theory to the letter writers above, none of them qualify as natives—the two who were born here left and haven't returned, and the third has only been here for a few years. Luckily, all three have the title of "Real New Yorker" to fall back on, which is much more forgiving and self-awarded. As I've written before: "real" New Yorkerness exists on a spectrum that spans from the most recent bumpkin to get off the bus at Port Authority, all the way to say, I don't know, Ed Koch, or Steve Buschemi, or someone like that.

You may award yourself realness points for your knowledge and love of the city, the length of your tenure, the number of kids or jobs you've had while you've lived here, or whatever else. It's like an honorary degree-it's basically made up, but if it makes you feel better, I say display it proudly on your wall! Just please, do not ask a Native to confirm your realness: that's a classic poser move.

N.B. The idea for this column was first suggested by John Del Signore and Jen Carlson, who were getting tired of me spouting "wisdom" on various New York topics that came up around the office. The joke was that a Native New Yorker thinks he's right about everything, and will venture an opinion on any subject, no matter how little he knows about it, but often their response contains a few seeds of Native New York wisdom that makes it worthwhile to put up with listening to them. That's the spirit I've continued to write in, and despite my obvious Park Slope Socialist Buddhist bias, I hope that you have found some of these posts amusing, insightful or at least distracting for a few minutes from the beautiful, stressful tumult of our daily urban lives. Thank you! Please send in more questions.