Ask A Native New Yorker: What Will Happen On Tuesday?

This week's question comes from a New Yorker who, like many of us, is shitting himself in fear at the prospect of a Donald Trump presidency.

Tuesday's election is just around the corner, and your previous essays on this insane election have been greatly appreciated, so I was wondering if you have any final thoughts as we enter the shadow of the valley of darkness. Will Gothamist relocate to Montreal and publish in exile if this nightmare becomes reality?

Well this has certainly been an awful 18 months, huh? Just a horrible, seemingly endless slog through a cesspool of crazy. At this point, if you don't feel sick to your stomach, you haven't been listening. I think that goes for people on both the right and the left—no matter which candidate you support, do you think anyone would ever choose to go back and repeat this year?

So it will certainly be sweet when the results come in on Tuesday night. You'll feel a powerful sense of relief: the feeling of dropping a great weight from your shoulders. Your beer will taste better, your apartment will look bigger, your mysterious heart palpitations will suddenly vanish for good. This is a payoff that you have earned for having to listen to all the terrible, horrible, no good election coverage on TV, the Internet, and radio for months on end. Enjoy it, because you've earned it. 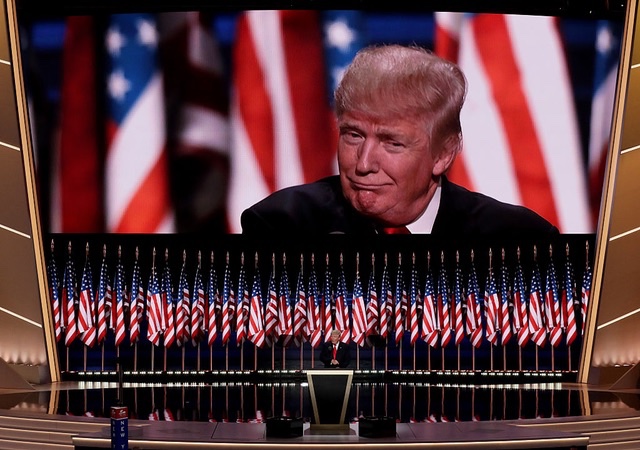 I'm assuming, of course, that Hillary will win, and like 95% of the readers of this local website in the most liberal big city in America, that you support her. My reasoning is straightforward: all the major poll-tracking sites show her with a substantial lead nationally, and maintaining a strong lead in each state in the Pennsylvania-Virginia-Wisconsin-Colorado-New Hampshire group, which would allow her to win even if she loses Florida, where today she is in a dead heat with Trump but polling extraordinarily well among Hispanics.

There is no such thing as certainty in this life, but if you had told the Democrats three months ago that Hillary would be doing this well days before the election, they would have been happy. 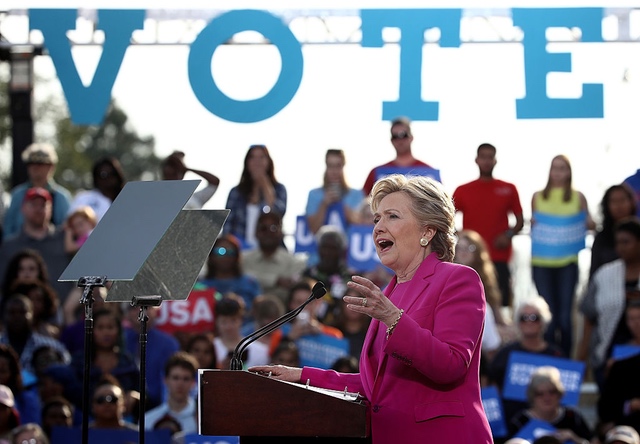 Now sure, the FBI does seem to be on an active mission to destroy her, and Republicans appear to be deploying a voter-suppression effort the likes of which we haven't seen since Jim Crow days, but I think we're still good. As predicted, Hillary dominated Trump in all three debates, and during the last two months (and critically, during the early voting periods in many states), the news has been decisively tilted in her favor. Yes, the email stuff, but that just doesn't have the same emotive power as Trump's "grab them by the pussy" tape or the seemingly endless parade of his alleged victims coming forward with sickening accounts of their assaults. Plus the usual non-stop Trumpian avalanche of horrifying headlines: just from this past week, for instance: "KKK Paper Endorses Trump," "Black Mississippi Church Burned And Vandalized With 'Vote Trump,'" "Avoiding Taxes, Trump-Style."

Or, if you prefer a less-personality driven analysis, you could also observe that we're going into election day with a relatively strong economy and a president with a decent approval rating—both of which predict a Democratic victory, even before you get to a head-to-head comparison between a raving groper who knows nothing about politics and cares nothing for anyone but himself, and a fairly typical center-left politician with the typical baggage of a long career. Sure, Putin could launch an all-out-terrorist strike this weekend, or the FBI could decide that now is a good time to release a tape of a Saudi prince handing Hillary a large Hermes bag full of cash, but even so, the balance of probabilities would still point to a Hillary win on Tuesday. 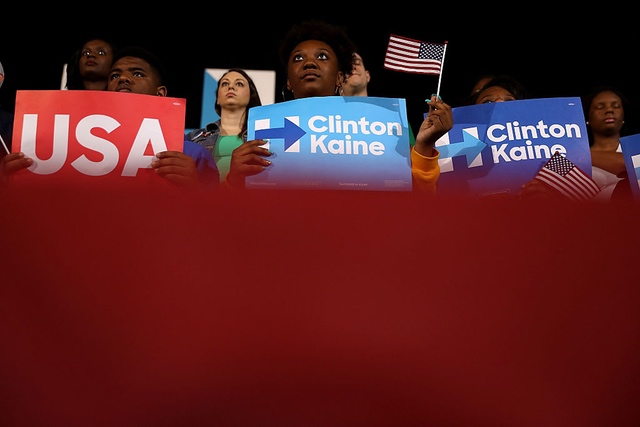 So do I plan to relocate Gothamist to Montreal? No—as I said in the last essay, I think our obligation in the event of a Trump victory would be to speak out for as long as we could before he crushed what remains of a free press. After that, those of us who were still alive and not imprisoned in the gulag could find one another, and try to organize against whatever Empire he creates on the burned ashes of the Republic. That could mean community organizing in blue states, political action or public service in local and state governments that had not fallen to the Republicans, or simply finding a way to persevere in relative anonymity until fate gives you a chance to strike—by voting in the next election, if there is one, or in some other way.

But enough dark imaginings; that's the anxiety and depression talking. Let's look at this year from another point of view: it's really done a good job of exposing the contradictions and ideological fault lines in our society—many of which had been buried out of sight for the last 30 years. Sure, you knew that a lot of the country was racist, but did you realize how hollowed-out and angry the white working class had become on account of trade-related job loss? Or how excited these voters would become by anyone who promised to undo that damage? 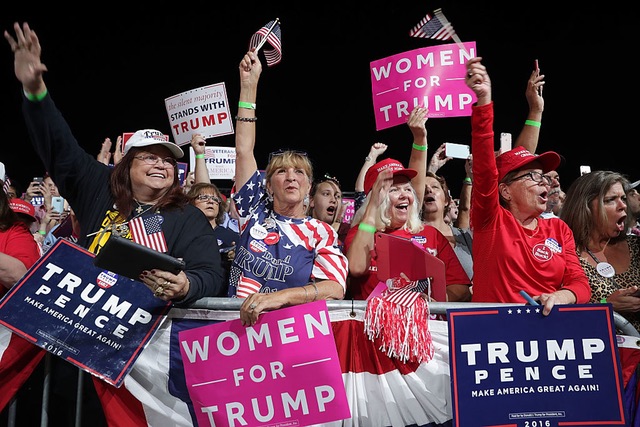 Hell, even the Democrats learned a lot—for instance, that the young, beating heart of the party has moved far to the left over the last 15 years, and this energized constituency is more than happy to topple the old alliance between the Democratic party and Wall Street for something that looks pretty close to European Democratic Socialism.

These are all important things for us as a country to know! Maybe it will lead to some real change: a Republican party that stands for more than just tax-cuts for the rich and starts really thinking about the issues important to their base (better jobs, for instance). Or a Democratic party that takes bolder stands for universal healthcare, paid sick leave, free college tuition, or a higher minimum wage.

Or maybe the powers that be will conclude this year was just a fluke—a one-in-a-million alignment of cursed stars, and go right back to business as usual. That does seem to be the way of Washington, doesn't it? And then the establishment will freak out again in four years when the new Trump comes along and turns out to be even worse and more popular.

If that happens, is there any lesson you could draw from the suffering that you experienced this year and apply to your own life? What about something like, "Wow, I had no idea that the other side had gotten so out of hand in their rhetoric and beliefs! Maybe I should try to understand how they got that way and think about ways to bridge the gap."

I'm not saying every one of you needs to find and befriend a Republican—there simply aren't enough of them around here, even counting all of Staten Island. But what about smaller steps? Like maybe not being such a New York judgmental asshole around your conservative relatives at Thanksgiving this year, or stopping that habit you developed of Facebook-trolling your conservative acquaintances back home.

Yes, this year sucked, but we can learn something from it and make the future suck less.

N.B.: Yes, the race has tightened in the last week. If that makes you feel stressed, put that energy to good use and volunteer to get out the vote on Election Day.

N.B. 2: There are some other benefits to this year's race: the high turnout could flip the NY State Senate to true Democratic control, which would do a lot to remove blocks to important issues like ethics reform, more support for affordable housing, and criminal justice reform.

#ask a native new yorker
#donald trump
#election 2016
#hillary clinton
#original
Do you know the scoop? Comment below or Send us a Tip
A new Gothamist is coming! We’ve moved comments over to our beta site. Click here to join the conversation and get a preview of our new website.