Ask A Native New Yorker: What Should I Do With My Ex-Roommate's Mail?

This week's question comes from a Bed-Stuy resident who's really tempted to just throw out his old roommates' mail.

So my roommates moved out six months ago to "get out of Bed-Stuy," apparently feeling this multi-ethnic neighborhood wasn't homogenous enough for them. I was fine with that. They used way too many paper towels and had a thing for Axe body spray. My issue is, they continue to get mail delivered here, and while I've suggested a change of address form at the post office they haven't done that and have continued to get a couple letters every week.

My question is, how long am I obligated to hand deliver these letters to them? They are reasonable and sometimes try and come here to pick them up, but other times I find myself traveling to Queens to drop off a birthday card. 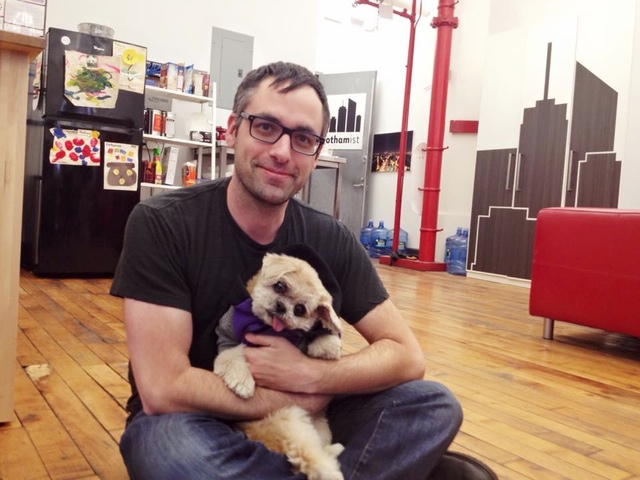 Are you going for the Nobel Prize in Ex-Roommating or something? Bed-Stuy to Queens is at least an hour roundtrip on the G, and that's to Long Island City. If we're talking Flushing then you're looking at two hours easy. Only a saint or a crazy person would spend that kind of time delivering an old birthday card to an acquaintance!

Unless the birthday card was filled with cash, and you were getting some kind of cut for the delivery, or this roommate had some really incriminating information about your personal habits that you didn't want getting out. Honestly, not even then—have you ever been on the G train? NOT worth it!

Once someone moves out, they're supposed to go on the Postal Service website and fill out a form to have their mail forwarded, and also take the time to notify all their major mail senders (banks, credit card companies, grandmas) of their new address. A few pieces of mail will continue to slip through.

Native New York ethics requires you to hold on to this mail for three months for your former roommate to pick up. You can send them an email to remind them if something important (federal subpoena, fragrant package from California) arrives. After three months, you can mark everything "not at this address" or "return to sender," and leave it in the mailbox for the mail carrier. If they don't pick it up, dump it at the post office.

The problem is sometimes the mail never stops. It just keeps coming and coming and coming. There's never a letup; it's relentless. Every day it piles up more and more, and you gotta get it out, but the more you get out, the more keeps coming in! In that case, you're kind of screwed—you can't throw it out, because that's a federal crime, and the only thing worse than going to Queens on the G is going to Federal Prison for mail tampering.

Lifehacker recommends filing a change of address card for the recipient, or, if that doesn't work, filing a postal complaint. That does seem better than my parents' technique, which is to just throw all the mail for twenty years of prior tenants in a box behind the couch, where it's grown to be like five feet high.

What you are not, under any circumstances, obligated to do is hand-deliver their misaddressed mail. This is a job that Postal Service employees are paid for. In addition to depriving them of work, this kind of behavior is going to send a message to your "friends" that they can take advantage of you. Soon you'll be picking them up at the airport and watering their plants while they vacation, and that's no kind of life.

N.B.: Problems like this are not difficult, ethically; the Golden Rule or categorical imperative will give an answer most people can agree on. Harder questions include situations where what's good for you might be bad for society, or where doing what's right might involve committing a smaller wrong. Can you think of any New York problems that involve situations like that?

#ask a native new yorker
#mail
#usps
#original
Do you know the scoop? Comment below or Send us a Tip