Ask A Native New Yorker: What Pet Should I Get?

In the summer of 2013, Gothamist published the first of many advice columns from native New Yorker Jake Dobkin, kicking things off with the timeless question, "Is It Normal For Roaches To Crawl Through My Hair At Night?" Nearly six years later, the popular series has been turned into a book, Ask a Native New Yorker, with ALL NEW essays from Jake. This month we are running excerpts the book, which is on sale now! Today's question comes from Chapter 6: "How to Live Like a Native New Yorker" and concerns pet adoption.

I live alone in a studio in Hell's Kitchen and I work in Midtown. Life is pretty good! I can walk to work, my cubicle and apartment both have decent light, and I have a bunch of friends to go out with on weekends. But during the week, I find myself a little lonely. I go to the gym, make dinner, and then usually watch TV until bed. I'm thinking that a pet would be good company, but I'm not sure whether to get a cat or a dog. What do you recommend?

You should get a cat. They make wonderful companions, do well in small apartments, and don't require a ton of attention during the day. Getting a dog, especially without fully considering the consequences and profound impact on your life and habits, would be a terrible mistake. Dog ownership in NYC is an advanced-level project, something you do in your thirties or forties when you've given up on the rest of your dreams and need something else to fill the time.

I got my first cat when I was twenty-seven. My wife and I were living in a small apartment down on Thompson Street, and we named the cat after the block. He was perfect: a dark black Persian whose favorite activities were sitting on your chest and purring, or falling asleep on your feet while you watched TV. Even though he had a whole host of health problems that come with being a purebred cat (irritable bowel syndrome, missing tear ducts, regular semi-fatal hairball attacks), he still was easier to take care of than a dog. As long as he had water and cat food, and you cleaned out his litterbox daily, he was happy.

Thompson lived to the ripe old cat age of thirteen (which is like 130 in Persian years) and passed away just recently. We're planning, after an appropriate period of mourning, to get a new cat, and the only change we're going to make is adopting one at a shelter. Mixed-breed shelter cats are generally more durable than finicky purebreds and, given the environmental toxins cats are exposed to in New York (giant roaches, mice loaded up with urban germs, etc.), durability is very important. It's also a big, big mitzvah to save a cat from a shelter, particularly the older cats that have a tougher time getting adopted. 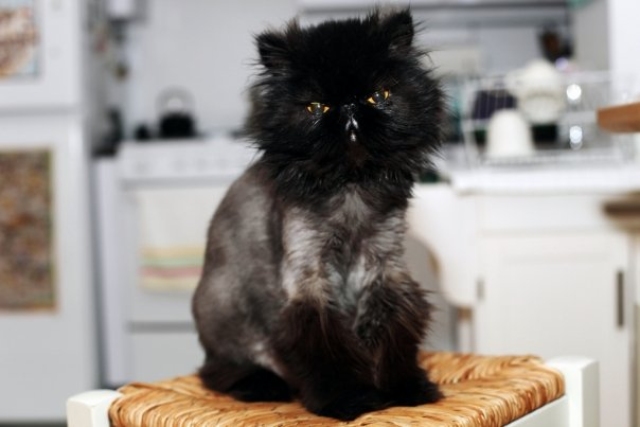 Contrast my cat experience to the week I've just spent with my in-laws' dog, Charlie. They're in town for the holidays and, as I avoid Midtown like the plague during these weeks, Charlie and I are often home while the rest of the family goes to see the Rockefeller Center Christmas Tree or The Nutcracker at Lincoln Center. This has given me plenty of time to study the habits of a dog in the city, which seem to involve: 1) begging to be taken out for a walk, 2) being out for a walk, 3) resting for about fifteen minutes, then begging for treats, and 4) either going out for another walk or peeing on the floor in protest. Charlie is a great dog, by the way— charming personality, so cute and fluffy that people routinely stop me while I walk him to pet his coat—but this is just the way dogs are built.

Then there are the actual walks. It's fun to get outside, and one definite plus is you get to meet all the other people in the neighborhood with canines, but after a few trips, especially in the freezing cold, it begins to lose its magic. Especially when your dog wants to stop and pee on every single pole on every single block (where do they store up that much pee?) and has a pathological fear of many elements of the urban street scene: sidewalk grates, those metal basement doors, and most other dogs. This seems to be matched by his predilection to investigate and occasionally try to eat every kind of garbage he can get his paws on.

Oh, I forgot to mention the poop. Cat poop is generally contained and easily handled—cleaning out a litter box is unpleasant, but if you do it every day, it takes about thirty seconds with a plastic scooper. Cleaning up dog-doo is a whole different magnitude of disgusting. First, you have wait until he finds the perfect spot, which can take, like, an hour of investigating. Then, once he does his business, you have to clean it up, which involves placing one of those thin poop-baggies on your hand and picking up the still-warm droppings, flipping it inside out, and then finding a place to quickly deposit the bag, which is more difficult than it sounds because most people on the block do not want you dropping poop in their garbage cans. 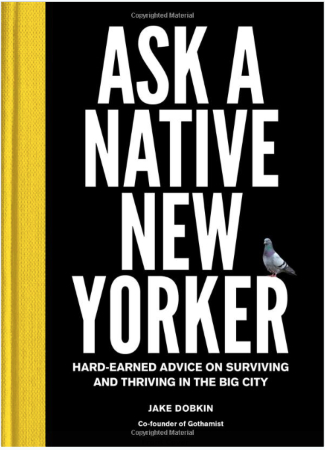 My time with Charlie lasts just a few days a year, but it's more than enough to convince me that I'd never be able to handle the commitment of dog ownership. Between the constant walking, the danger of the dog wrecking your apartment if he's left alone too long, and the prospect of picking up poop multiple times daily for fifteen or twenty years, no way. Kids at least grow out of diapers after a few years, but having a dog is like having a baby that never grows up. I know, angry dog people reading this essay, you believe the positives of dog ownership outweigh these negatives! But to the young New Yorker starting out with a first pet, cats are a far safer route to take. If you are a prospective dog owner and don't believe me, at least volunteer to pet sit a friend's pooch for a week before you plunge ahead—or better yet, host a dog through one of the shelter foster programs. You'll quickly discover if you have what it takes.

There are also the costs to consider. A sturdy shelter cat requires very little: cat food, litter box supplies, an occasional vet visit. I have a friend who adopted two shelter cats and then didn't take them to the vet for fifteen years, and they both continue to thrive in perfect health. Contrast that with a dog's costs. Since they're frequently outside, they're going to need rounds of shots to protect them from communicable diseases, and then they'll need regular checkups every time they start throwing up from something they ate off the sidewalk. Then there are the pet-sitting and dog-walking fees, doggie daycare, costs of doggie outfits for winter (four boots and a coat add up!), grooming, etc. This is a major investment that you should talk to your accountant about in advance.

The most important thing is that you approach this decision with the right attitude: Pet adoption is a serious responsibility that should not be viewed as a way to fill some black hole of urban loneliness deep in your soul. For that, you need friends, activities, and therapy. No, pet adoption should be seen from the zen point of view as an opportunity to provide care to another sentient being, and thereby expand your heart. If you're not ready for that level of giving, proceed no further—this is not an iPad or piece of exercise equipment that you can, in good conscience, return if you realize it doesn't produce the happiness that you thought it would.

N.B.: You should also check your lease to make sure it allows animals. If not, ask the building managers, because they sometimes make exceptions for cats or small dogs. And know the law: According to NYC.gov, "a dog license costs $8.50 per year for spayed or neutered dogs or $34 per year for non-spayed or neutered dogs. Dog licenses may be purchased or renewed for one to five years." Finally, get those implantable RFID tags for any animal you adopt; they can be a lifesaver if they ever get lost.

#advice
#ask a native new yorker
#pets
#original
Do you know the scoop? Comment below or Send us a Tip