Ask A Native New Yorker: What Do We Do Now?

This question comes from a fellow New Yorker sharing the profound dread and revulsion that has overwhelmed many of us today.

I find myself completely devastated by the election outcome. Like bereft doesn't begin to describe it—I've been crying on and off all day. I just can't picture a future with Trump as president, and I'm scared for my kids and for New York, the country, and the whole world. I know you didn't expect this either—how are you taking it? Is there anything you can say to make me feel a little better?

I am not taking it well either. I went to sleep before the results were in, but at that time it was already looking bad, and before I did, I said a fervent prayer to God to not let the worst happen. That did not work: when I woke up, at 5 a.m., I felt an impending sense of doom that was quickly confirmed by a glance at my phone, and since then, I've been going through my day in a complete haze.

How could this have happened? How could 50% of the country vote for someone so obviously unqualified and unstable? How could all the polls and all the pundits have been so wrong? What happens now? Are we headed for a dictatorship? Will immigrants, women, minorities, and liberals immediately feel the boot on their necks? This dreadful cycle of questions goes on and on—interrupted by an occasional feeling of overwhelming upset, a nauseous feeling like seasickness. 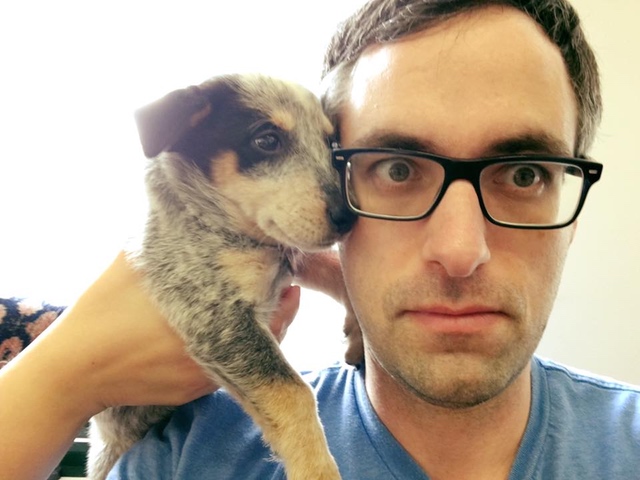 Clearly, in my previous columns, I underestimated Trump's appeal, and the turnout it would bring among his base, particularly rural whites without college degrees. But I also misunderstood how Hillary's flaws—her too-cozy relationship with Wall Street, her tremendous self-enrichment giving secret speeches, and her centrist views on trade and foreign policy—would depress the excitement on the left. Maybe we should have run Bernie instead, or maybe there was never a shot after eight years of Obama had stirred up so much racist grievance among so many people in our country.

I don't know. It will take me months or years to make sense of it, if it ever makes sense. But I don't need to understand what happened to tell you what you need to do to make yourself feel better, that's simple. First, breathe: I mean really take twenty minutes and just breathe in and out. If you can, meditate on all the hurt in the world, and how it's led us to this tight spot, and give thanks for all the good things you do have in this life: family, friends, work, hobbies, pets, and a great city like New York to live in.

Then, if you can, practice some self-care: a warm bath, a massage, a glass of wine with a friend. Or at least turn off the television, the internet, and the radio for a few days; you really don't need to consume any more of that poison.

Once you have reassembled a basic sense of calm, recommit yourself to the hard work ahead. It's going to be difficult—the Right will control, for a time, all three branches of government, and they will implement a huge tax-giveaway to the rich, slash social programs, massively expand deportations, and roll back many, if not all, of the social progress we've made during the last 50 years: the universal right to an abortion, gay marriage, federal sentencing reform. They may even put an end to the free press, by changing judicial standards for libel rulings, or start a war with Iran.

However! Not everything is controlled by the Federal government. Blue states will become bluer in reaction to this catastrophe, as it galvanizes voters in local races. That can lead to positive local changes on a host of issues, including the minimum wage, marijuana legalization, prison reform, new ethics laws, and so on. And no matter what the Supreme Court rules, gay marriage and abortion will stay legal in New York forever. Our state and city representatives can also make life difficult for a Trump administration trying to implement a deportation plan, by refusing any cooperation with ICE.

What can you do, besides continuing to vote for the most progressive candidates you can? Focus on your community, starting right now. People were crying all over Park Slope when I was doing drop off this morning, but I also saw a lot of people giving out hugs, smiles, and whispering, "It'll be okay." Do that. Then use your money or time to support the local organizations that will be defending women, LGBTQ communities, and immigrants from Trump and his allies. Start with the ACLU, the Audre Lorde Project, and NARAL.

Remember, as I wrote in previous essays: New York has survived many calamities—fires, floods, terrorism, the Giuliani administration—and we're still going strong. Trump is not going to end that streak. Yes, this may be the toughest challenge our values have ever faced in Washington, but sometimes you have to take a step back before taking two steps forward. Sometimes that step back feels like a kick in the stomach or the face—I know it did to me this morning. But demographics and the long arc of justice favor our victory; we just have to be willing to bear up under this heavy load, and do what we need to do to get there.

N.B.: Anil Dash also wrote a thoughtful, hopeful post about what to do next.

#advice
#ask a native new yorker
#darkness
#living nightmares
#terror
#original
Do you know the scoop? Comment below or Send us a Tip