Ask A Native New Yorker: Should We Have Thi$ Baby?

This week's question is from a New Yorker whose wife is one month pregnant with a baby they're worried they can't afford.

Should we have the baby? My wife is pregnant. It's about a month in. She is an artist and is concerned that being pregnant and becoming a mom is not a good mix with her ambitions. She's nannying and doing freelance appraisals; I'm an art handler. Between the two of us we make maybe $50K.

We live in a railroad in Greenpoint, which doubles as a studio, and she's been here for years so our rent is pretty affordable ($1,500) but this isn't a permanent solution, especially with a kid. She thinks the lifestyle change and financial squeeze will be too much to bear. I feel like anything is possible. She accuses me of being delusional.

Do you think we can get by in NYC with a kid, yet maintain a semblance of our current lifestyle? I feel like we've been here long enough (me 8 years, she 13) where we have lost the ability to understand what is possible and what isn't. Oh, and critically, in the next year or so we want to go live in Paris for six months. Obviously there are emotional and existential components to this but I want to assess it from a practical standpoint.

I think you should definitely have this baby! You and your wife are gainfully employed, appear to be happily married, and have an affordable place to live. This more than qualifies you to reproduce! Sure, having a child will be a lifestyle change, and a financial squeeze, but that didn't stop the parents of the 120,000+ babies NYC pumped out last year. 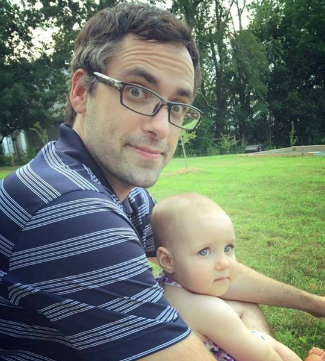 I can tell that you're a thoughtful person, because you're clearly agonizing over what kind of parent you'll be. That's more than most people do, and suggests you're going to be an above-average father. Think of all the places this baby could be born—Syria, Omaha, Ardsley—with you as parents, and coming into the world in Greenpoint, home of Peter Pan donuts and The Diamond's kid-friendly backyard? That's like winning the baby lottery!

There are, of course, many good reasons not to have a baby. For instance: that you don't like kids, or you're sixteen, or you have a congenital illness that you don't want to pass on, or you can't take the stress of even caring for yourself, let alone someone else, or you feel that human beings are a disease, a cancer of this planet, and the only cure is to refrain from reproducing. If you felt like that, thanks to years of tireless struggle by our abortion rights activists, you can easily procure a safe, affordable abortion here in New York.

But I wouldn't recommend it in this case. You know that scene in The Godfather II where Kay says "It was an abortion; an abortion, like our marriage is an abortion, something unholy and evil. I don't want your son; I wouldn't bring another of your sons into this world. An abortion, Michael... it was a son, and I had it killed, but this must all end!" That kind of thing is never good for a marriage—both partners really need to be on board for termination, otherwise divorce is pretty much a certainty.

Luckily, your misgivings are pretty easy to address, and I don't think we're going to have to end this pregnancy. Allow me to speak to them in turn:

1) "Between the two of us we make maybe 50K": Congratulations! You're making exactly the median income in NYC ($50,711, according to WNYC's handy income map). Fifty thousand is slightly less than the median in the now-gentrified neighborhood of Greenpoint where you live, but you've got a good rent locked in, so let's call it even and say you're doing fine—right in the middle of our income distribution. Sure, you could find another job (maybe working for the city!) but income isn't really your big problem. Your kid might not get to ski in Gstaad every year, but she'll have a roof over her head, loving parents, enough food to eat, etc. That's more than enough!

2) "Our rent is pretty affordable ($1,500) but this isn't a permanent solution." I disagree! Growing up I knew plenty of kids living with their parents in two-bedroom railroad apartments. In fact, come to think of it, that's one more bedroom than I have, and I've got two kids! The trick is just efficient use of space and a zen-attitude. If you can't hack that, consider applying for some subsidized housing lotteries to get a bigger place—but I really don't think it's necessary.

3) "In the next year of so we want to go live in Paris for six months": Fantastique! Paris has great hospitals, and maybe you can sneak this baby into some EU-citizenship, and get the great nation of France to pay for some of your childcare. I've got a friend who had a baby in France and the government sent her a nurse and someone to help with the laundry, and I think she's also getting a monthly check for helping France fight depopulation. Just sublet your apartment so you have a place to come back to—$1,500 a month is a pretty good rent!

Having a child is very deepening spiritually, and I think it's worth the sacrifice. Do not let our oppressive capitalist society convince you that you're too poor to have a baby. Poor Americans having babies is actually the engine that has powered our economic growth for 250 years! If everyone who made the median income or less didn't reproduce, pretty soon we'd have a society made up entirely of rich kids, and I think that we all agree that'd be no kind of place to live. So have that baby, and realize how lucky you are to have the chance to be a parent.

N.B.: For a few more tips on surviving in NYC with kids, check out this post on why you shouldn't move to the suburbs.

#ask a native new yorker
#babies
#procreation
#original
Do you know the scoop? Comment below or Send us a Tip