Ask A Native New Yorker: Should My Roommate Be Allowed To Airbnb Her Room?

My roommate is renting our her room on AirBnB while she is away on holiday. Whilst she gets to enjoy the financial freedoms that our 'collaborative economy' has created I have to put up with the stress of strangers in my house, potential calls for help when they lose keys and all other nightmares associated with AirBnB. My question is, should I, as the roommate who is actually far more inconvenienced and vulnerable to the potentially negative Airbnb experience get a cut of the Airbnb money?

Wow! If there's an iron law of human progress, it's that asshole roommates will always find new ways to be dicks—but I think we can all agree that this is a new low.

Back in the early aughts, when I was a young whipersnapper hipster in L.E.S., we had to be annoying in person- we didn't have these newfangled internet geegaws and whoozits to do it for us. If my roommate Mike wanted to get on my nerves, he'd have to cook up his famous "pasta and clams" and then leave the dishes in the sink for a week, but he had to do it by hand. There was no mobile service for that. And if I wanted to get back at him by taking all the toilet paper and hiding it in my closet, there was no Taskrabbit to help.

It's not that AirBnB is evil per se—no more than innovations like nuclear energy and assault rifles are evil. It's about how they are used! If all AirBnB members were just renting out an extra room in their apartment occasionally to make money to help their grandchildren buy school supplies, like that nice lady in the AirBnB subway ads, no reasonable person could have a problem with that, except maybe the people who own hotels that rent rooms for $300 a night.

The problem is the rapacious capitalists who rent ten apartments and operate them as an illegal and unregulated mini-hotel empire. This is wrong because during the present housing crisis, we cannot afford to lose rental units to tourists, and if you're going to run a hotel empire, you should comply with hotel safety and tax-collection laws. 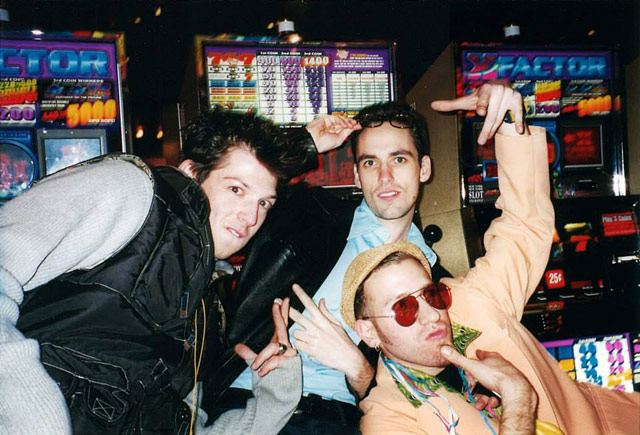 But even if you're only AirBnBing-out one apartment, you could still be doing evil. Take the following three examples, ranked from "kind of evil" to "when Hitler meets you in hell, he's going to be like 'wow, that was really messed up'":

a) Renting out a rent-regulated unit for fun and profit: you're not making it any easier for those of us who argue for more affordable housing, when the New York Post can run articles about people profiteering from the housing-benefit society has given them. It may also violate your lease and get you kicked out of the building. If you must do it, at least do it infrequently and quietly.

b) Renting out an apartment 365 days a year to German S&M sex tourists (or similar types), not thinking about how much noise and inconvenience this is creating for the other people in your building. Your profit is coming at their expense! At least restrict yourself to some reasonable number of days per year: 25?

c) Renting out your room every weekend without asking your roommate. Where to begin! In what Ayn Rand libertarian dystopia would this be acceptable human behavior? Do you really think your roommates should have to put up with strangers in their space, while you collect the cash? If you allow yourself to do this, where does the madness end? Stealing candy from children? Stabbing homeless people for fun?

Luckily, this last situation is easily avoided with a roommate contract spelling out what is and is not allowed in the apartment, and easily ended with a short, polite conversation about how civilized people behave towards each other in New York. If your roommate won't play ball (either by ending her entrepreneurial activity or giving you half the profits), you're best advised to seek a new roommate. But if you can't get out of the lease, no problem: just blast some Lana Del Rey until 2am every weekend, and lock the door to the bathroom while you're gone during the day— that'll quickly reduce your roomie's AirBnB ratings and her ability to perpetrate this sociopathic scheme.

N.B. AirBnB claims that most of their users are on the right side of the law, but there is no way to verify this, as both they and the current New York Attorney General refuse to release the data for analysis by the press.