Ask A Native New Yorker: Should I Work For A Charter School?

This week's question from an English teacher agonizing over whether to take a job at a charter school.

I am a recently graduated, unemployed English teacher. After a short lived volunteer stint following my graduation in 2012, I've been out of work since January and have been struggling to find a teaching job. During the last hiring season I applied to somewhere between thirty and fifty jobs with the NYC Department Of Education, only to end up going on two interviews—neither of which were successful.

Now, with the next hiring season just a few months away, I am considering applying to jobs with New York City's charter schools. Despite the opportunity that charter schools represent, I have serious reservations about working for a system that at times undermines the DOE and has the potential to permanently widen the already vast achievement gap in our fair city.

On the other hand, as a young teacher willing to work for next to nothing and forego job security in the name of a paycheck, I represent the ideal charter school employee. Furthermore, the idea of smaller class sizes, something charter schools love to boast about, is alluring to any teacher. As enthusiastic as I am about public education, I am aware of the drawbacks of the DOE, and I wonder if I wouldn't run into many of the same ethical dilemmas if I was to find a job at one of its public schools.

Currently, I am working as a barista and attending graduate school. I need a master's degree in order to obtain professional certification so, although I am not totally screwed, I still worry that by the time I complete my degree, I will just be another unemployed teacher with several years of under or non-relevant employment on his resume.

Please, Native New Yorker, give me some advice.

Dear Teacher of the Future,

You should apply for the charter school jobs. It is better to work at any school, even an evil, sketch, for-profit charter school, than working as a barista for an evil, sketch, for-profit Starbucks. This course of action will benefit you personally, since you will be paid better and gain relevant career experience, and it will also benefit New York as a whole, since you will add more social value as a thoughtful, hard-working teacher than as a minimum-wage-slave barista. (This is not intended as a slight against baristas and the vital work they do every day to keep this city functional.)

At rock-bottom, all native New York advice can be summed up as "do what you gotta do". As the descendants of Dutch traders and immigrants looking for a better life, we've always put commercial pragmatism before idealogical dogmatism. That doesn't mean we look kindly on all professions. We natives have been on the forefront of all of our country's social justice movements; against slavery, for civil rights, etc. If you were considering a job extracting tar sand oil for the Koch Brothers, or creating toxic securities for Goldman Sachs, or working for a law firm that defended people like that, I might say keep your Starbucks job.

But for most jobs, even ones that are a little ethically dubious like working for a charter school, you have to put yourself and your family first. If you can't get a job at a public school, take a charter job. Work hard to help educate your students. If the school is bad, work to make it better. If the administration is exploitive, unionize. If it turns out to totally suck and can't be fixed, as a last resort you can always quit, leak damaging information about the school to friendly sources in the media, and we'll try to shame the city into correcting the problem or closing the school down. 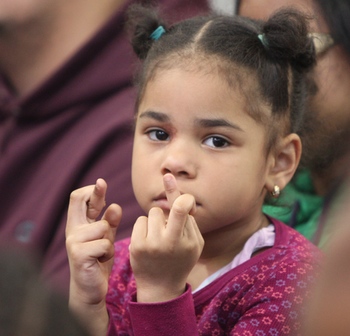 Some readers are probably wondering what's so wrong about charter schools. The short answer is that these schools sap resources and disengage families from the public system (particularly in our poorest districts, where they are most concentrated), and represent a slimy, secret campaign by private equity types to privatize education in America. On average they don't perform any better than public schools, and many perform worse.

Charters have also found ways to avoid taking on the most difficult students in order to fudge their achievement records, and some have taken advantage of lax oversight to exploit their workers with long hours and low pay (which leads to high turnover rates for staff), while overpaying their management (looking at you, Eva Moskowitz, and your $500K+ a year salary). If you're interested in a much more detailed discussion, the best source is Diane Ravitch's masterful series in the New York Review of Books.

Ravitch argues convincingly that the school reform movement is just a series of ineffective band-aids that don't produce any meaningful improvement when subjected to rigorous examination. This includes the charter school movement, but also the Bush Administration's "No Child Left Behind" program, the Obama Administration's "Race to the Top," and all the recent emphasis on testing and "accountability" (which mostly boils down to stripping teachers of even the most basic job protections.)

The real problem, she argues, is poverty, and the only solutions that will make a meaningful difference involve providing holistic social services to poor children and more resources to fix crumbling inner city schools. We'd also have to take the money we're currently wasting on constant testing and use it to provide better pay and more training for teachers.

But of course this stuff is very hard: it'd be costly, and require a more progressive tax system to pay for it, and since it involves addressing poverty, it'd be inextricably tied to the current debate about raising the minimum wage. But as Jean Anyon wrote in Ghetto Schooling, "attempting to fix inner-city schools without fixing the city in which they are embedded, is like trying to clean the air on one side of a screen door." Eventually we'll have to do these things, because all the other policies are going to fail.

Young teachers like yourself have an important role to play in this movement, and with the De Blasio administration coming into power in January, the time is right to speak up for better education policies. The new mayor seems to be pointed in the right direction already: he's talking about forcing charter schools to pay rent, which would cut down on them parasitizing our most disadvantaged public school districts, and he's also mentioned the need for better oversight and accountability, to make sure the charters we already have are actually performing and not just funneling money to their executives.

Overall de Blasio seems interested in returning charters to something closer to their original purpose, which is as a small but important laboratory to pilot new ideas that can be used for the entire public school system, instead of as a wholesale replacement for public schools. Speak up for this approach!

Hopefully some day soon, future teacher, our society will see more value in spending its money on high quality public education, instead of waging war in Afghanistan or building more sports stadiums or delivering groceries by drones. When that day comes, I hope you will still be teaching in New York, and getting paid well to do it. Thanks in advance for your hard work and dedication to helping educate our kids.

N.B. 1: If you're interested in hearing the other side of the charter school argument, here's a comprehensive report from the New York City Charter School Center. Even die-hard native New York liberals can admit there are some high-performing charter schools that can and should play some role in our city's education system.