Ask A Native New Yorker: Should I Ride LIRR For Free?

This week's question comes from a New Yorker who's figured out a nice little mass transit hack and wonders if it's ethical.

Lately, I have been commuting to work in a questionable fashion. While normally I take the subway closest to me, transfer, then keep going, lately I've been experimenting with an alternate route: taking the LIRR one stop, then transferring straight to an express subway that is way more convenient and efficient.

Based on LIRR's ability to purchase a ticket on the train, I keep telling myself that, if I'm asked, I would reply that I'd like to purchase a ticket. But the reality of the situation is that it would be absurd to pay for the ticket for a single stop (or at least this stop), and that if the choice was pay the legitimate price or walk further to the normal subway, I would always walk to the subway. Should I feel bad for boarding the LIRR for its last stop?

You are doing nothing wrong, and shouldn't feel bad at all. Before I explain why, allow me to congratulate you for having the good sense to live in central or Western Queens, close to the LIRR tracks, which is one of the few remaining spots in the city where a person can find reasonably affordable housing and a fast commute to midtown.

My detailed experiments with Google Maps suggest that if you live in Woodside, and work on the West Side, you can shave at least 10 minutes off your commute taking LIRR. This advantage lessens if you live closer to the Roosevelt Avenue subways, or work further north or east in Midtown, but it's still a commuting shortcut that more people should consider. 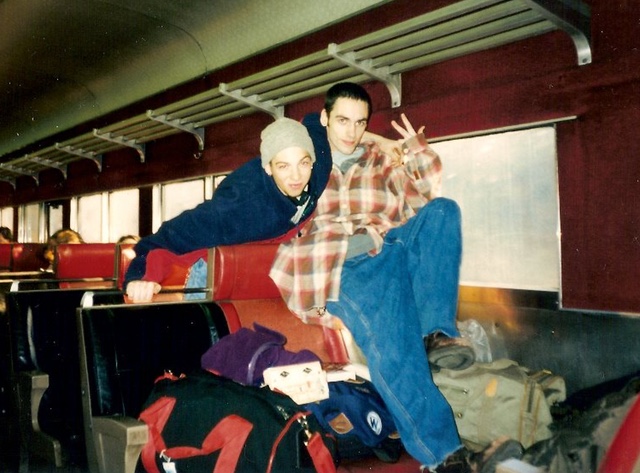 The LIRR gives you a number of ways to pay for the trip. The most expensive would be buying a monthly ticket for a wallet-crippling $184, [I'm not entirely sure of this number because the online LIRR fare chart reads like a logarithm table.] If the LIRR ticket inspectors were present in every car, and made a concerted effort to catch people hopping on at Woodside, you'd have to pony up for this—in addition to your monthly $116.50 Metrocard.

Thankfully, whether due to limited personnel, the physical impossibility of checking every car in the 10 minutes it takes to get to Penn Station from Woodside, or the charitable nature of the LIRR management, you can also buy a $8.25 peak train ticket at the station and surrender it only when asked—it's good for 60 days. This is cheaper than buying the $14 ticket on the train, and gives you the added moral satisfaction that you did make an effort to pay before being caught riding for free.

[People in Forest Hills or Kew Gardens can save even more time versus a subway commute, but are more likely to have to pay for a monthly card, because those stops are more popular and you're on the train for a greater length of time, which means the conductors have more time to spot you and ask to see your ticket. Riders further out in Zone 2, say in Douglaston, really have no choice at all.]

Whether you buy on the platform or on the train, you have committed no moral error. Ask yourself: if everyone who boarded at Woodside followed the same procedure, would the MTA or New York City be much worse off? Surely not: relatively few people board at Woodside, and if this ever became a major drain on LIRR finances, they could easily ramp up their ticket-taking, say by stationing a ticket-puncher at the entrance to the station.

Living in New York is not easy. Few of us have the financial or emotional resources to martyr ourselves over every little decision. All that the city asks is that we adhere to the law, respect the rights of others, and do the best you can. That seems to be your intention here, and so you require no absolution.

The MTA, on the other hand, still has some sins to confess. For instance, why isn't there a free transfer for city residents from LIRR Zone 1 or 2 stops to NYC subways? The transfer between NYC subways and buses has been free for 15 years. These are two transit networks operated by the same public-benefit corporation! Surely if we have the financial and technical resources to build a $10BB cavern we can make these trains function more seamlessly for riders who need to use both. Same goes for the MetroNorth stops in the Bronx and Harlem!

N.B.: Actively avoiding the LIRR ticket-collectors would not be permissible. In the '90s, I remember hiding in bathrooms and using erasable pens all the way across Europe, trying to extend a Eurail pass. At the time I construed this as a defiant blow against capitalism but in retrospect it was just stealing.

N.B. 2: LIRR and Metronorth appear to be selling off-peak weekend tickets within the city for $4.25, which is a nice discount, in the "CityTicket" pilot program. You have to buy before you board.

#advice
#ask a native new yorker
#lirr
#MTA
#original
Do you know the scoop? Comment below or Send us a Tip