Ask A Native New Yorker: Should I Move Out Of Williamsburg Before The L Shuts Down?

This week's question comes from a Williamsburg resident who, like many people in Brooklyn, is absolutely dreading the L train shutdown.

I live in Williamsburg, in a lovely rent stabilized apartment I was lucky to find about eight years ago. I love this neighborhood, with its crazy combination of hipsters, yuppies, Latinos, and old timers. I love the dive bars and Polish joints which have somehow survived gentrification, and I love the new Domino Park along the water. It’s just a great place to live, despite all the jokes everyone makes about it.

Now, my problem is that the L-train apocalypse in April is going to shut down my main route into Manhattan. I work near Union Square, at a job I like in tech. They say it’s just going to be one year, but I know how the MTA is and one year could mean three. I just can’t see surviving a commute involving buses or boats or hiking to the JMZ for that long. So I don’t know what I should do... Find a new job on this side of the river, say goodbye to all my Manhattan friends, and just go full time Brooklyn? Or should I bite the bullet and move to Manhattan and say Goodbye to everything that I love here?

You should keep your current apartment! Jobs come and go, subway systems collapse and are rebuilt, but a good rent stabilized apartment is forever. It is a real possession in an ever-changing city, and gives you protection against getting priced out that many New Yorkers do not have. NEVER LEAVE A RENT STABILIZED APARTMENT! But if you do, can you let me know when it’s available?

Instead of seeing this as a complete catastrophe for your commute, try to reframe it. Make a list of all the books you’ll get to read while sitting in traffic. Or think about how rock hard your glutes will get from biking across the Williamsburg Bridge every day. Consider how many new streets you’ll get to walk down in varying seasons getting to the Marcy Avenue JMZ station. 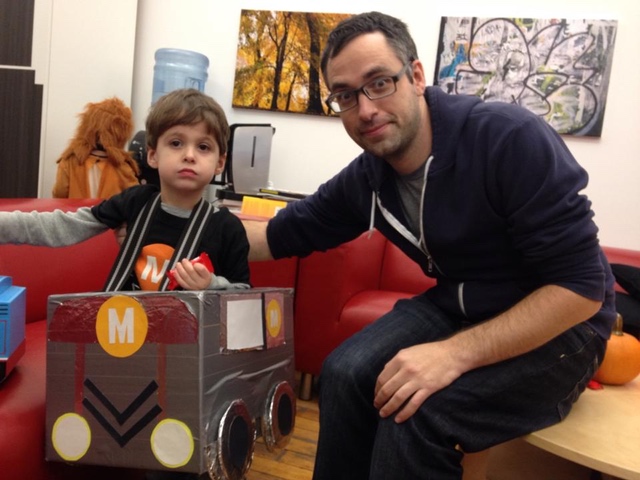 Remember: you’re not going to be the only person in this situation. Half of Brooklyn is going to have trouble getting to work, and the rest of the city is going to feel the overflow effects on many subway and bus lines. Working at home is about to become very, very popular. If your company is a good place to work, as you say it is, they probably value their employees’ happiness and productivity, and will allow you to scale back your in-office days to a manageable amount.

For those days where commuting is an unavoidable necessity, think of it as an opportunity to develop patience and a Zen attitude. Suffering deepens character and after a couple of years of this hassle your character will be very deep indeed. While stuck in long lines for the bus, trudging through the snow to distant subway stops, or gingerly biking through the heavy traffic on the East Side, meditate on the suffering of all sentient beings. Think especially about anyone who has to ride the F train—they’ve had it tough for decades!

Your worry about seeing your friends in other boroughs is valid; I had a friend who moved to Forest Hills four years back and I haven’t seen him since. But true friendships will survive this tunnel hiatus period. Remember, you can take the G and meet in Brooklyn or Queens, and swap visits—my guess is people will be excited to see the strange culture that evolves during these years when Williamsburg is cut off from the rest of the city. It’s going to be like Easter Island up in that piece.

Also, let’s be honest: Williamsburg could use a time out. The pace of gentrification in the neighborhood has of late moved from “hyper” to “explosive." I was out last night for an event on Wythe Avenue, and since the last time I visited a couple of years back, about five hotels have sprouted like mushrooms from the Earth. It felt more like South Beach than North Brooklyn, and while it was fun to see so many people out and enjoying a pleasant summer night, if any more development occurs in that area it might collapse under its own weight and form some kind of yupster black hole that sucks half the city down with it.

A final point: take the energy you save by not moving and channel it into political action—especially support for political candidates who believe in properly funding mass transit, as opposed to say highways upstate. Hurricane Sandy was an unexpected blow, but the system was already teetering on the edge of collapse from decades of being ignored by the powers that be. On September 13th, there’s a primary election for the next governor of New York State, who wields tremendous power of the purse over the MTA. Your participation can also make a difference with the still-evolving L train mitigation plan, and to what extent we’ll have adequate 24/7 Express Buses up 14th Street, enough cross-town bike lanes to handle the overflow traffic, and more frequent service on the JMZ and G trains. Make sure the candidate you support is committed to real, sustained, and transformative investment.

N.B.: If you really can’t face this new reality, consider that most rent-stabilized apartment renters have the right to sublet, though the process is somewhat complicated. It’s possible that there is someone who is making the reverse commute to Brooklyn who might want to swap places, and it could make both of your lives easier for a time.

#ask a native new yorker
#l train
#l train shutdown
#williamsburg
#original
Do you know the scoop? Comment below or Send us a Tip