Ask A Native New Yorker: Should I Leave The Country If Trump Becomes President?

This week's question comes from a New Yorker who is terrified of a Trump presidency.

I'm starting to get really scared that Donald Trump is going to be our next president. It seemed like a joke over the summer, but now it's almost 2016 and he seems to only be getting more popular. Do you think he's going to win? What will happen to us if he does get elected? Should I be getting my Canadian immigration papers together?

You feel it too, huh? It's like the whole country woke up after the San Bernardino attack and realized the difference between a megalomaniacal lardass buffoon and a megalomaniacal lardass buffoon president might just be a few ISIS Youtube videos and whether the local self-radicalized wannabee mujahidin sees the 50% off coupon for this week's sale down at Bud's Gun Shop. That's the kind of thing that puts a person on edge! 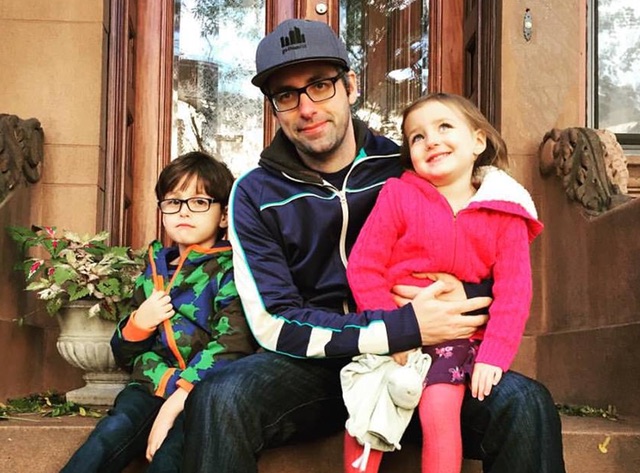 Let me try to talk you down a little. Remember: we're still two months from the primaries and all the news you're hearing (like the terrorism boost Trump got in the polls this morning) will be entirely forgotten by the time Iowans cast the first ballots on February 1st. Any number of unexpected things could happen—Trump could choke to death on one of his name-brand steaks, or he could use a baby as a human shield, or all at once a large majority of primary voters could wake up and realize that he's the world's greatest bullshit artist and has no beliefs except whatever he thinks will play the best that day.

Or maybe not. Given that he's survived this long, over an uncountable number of gaffes, it seems more likely than not that he'll be the Republican nominee. That would require beating the last conservative standing, who will unquestionably have the fierce and united support of the non-crazy wing of the Republican party and the billions of dollars of Koch money that supports it, but given the limp-dick opposition those guys have put up until now, that might not be such an obstacle.

But that still leaves Hillary Clinton—she's the big boss at the end of this video game, the one that nobody beats. With Trump she'd have her perfect opponent: a misogynistic racist who will mobilize her base more than any amount of campaign spending ever could. She is a fierce debater who actually knows the details on every issue—she'd relish a few hours on national television revealing exactly how little Trump knows about anything besides Trump. She's a woman who has spent literally her entire life training for this race, and who will stop at nothing to win: you'd really bet on Trump in that matchup?

But ok, fine; let's say there is another terrorist attack, a big one, and Hillary isn't able to position herself as strong-on-defense (despite her hawkish record and documented willingness to go to war in the Middle East on at least two occasions). Let's say Trump does win: you really think that he'd be worse for the country, or for New York City, than one of these other Republican jackasses?

Let's review the facts: Donald Trump has lived his entire life in New York City, the most liberal place on Earth. In the last fifteen years he's staked clear pro-choice, pro-gun control, pro-universal health care positions. Yes, he's said he's against gay marriage, but he's also been married three times himself—traditional marriage is not really his thing. And this is a man who will literally say anything that he has to say to close a deal—why assume that his current rabid conservative views are anything more than a sales pitch that he'll shed as soon as he's into the general election?

And even if he doesn't: it's not like the other candidates are any less batshit reactionary conservative than Trump is currently pretending to be. You think a President Rubio, or a President Cruz, or even a President Bush, would be less likely to start a war, enrich the plutocracy, or harass immigrants than Trump is? Plainly ridiculous—if anything, they have all evinced a much more rigorous and personal connection to conservative dogma, and are more dependent on the billionaire paymasters who desperately want these policies to pass.

Also: none of those guys are from New York. Can you imagine the billions of dollars in government spending and graft that would flow into our city during a Trump presidency? The streets would be repaved in the classiest marble! The light poles would be solid gold! Wall Street would finally get a wall again! You really want to lose that stuff to some city in Florida or Texas? Or worse, you want to flee to Canada, a country that Trump will probably have to immediately invade once his hare-brained domestic plans fail to pan out and he needs to distract an angry electorate?

Anyway, look on the bright side! If Trump does win, and does implement any of the bigoted plans he's been advertising, you'll have an amazing opportunity to take a personal stand against fascism and demonstrate that your own beliefs weren't just something you wrote on Twitter! Breaking immigrants out of internment camps, publishing your samizdat dissident zine once all the newspapers have been banned, running an Underground Railroad for women fleeing from the mandatory Miss Universe pageant—there will be plenty of chances for heroic sacrifice to go around!

Listen, the Republicans are reaping 50 years of bad karma for organizing their party around racism and intolerance, using those views to win elections, and then failing to deliver anything to their supposed constituents besides tax cuts for the rich. They deserve this meltdown, and it will probably take a few more losing elections before they figure out how to modulate their platform to appeal to an ever more diverse nation. Enjoy the shit show while it lasts!

N.B.: When all hope fails, remember: NYC survived 8 years of George W. Bush, and you remember what that involved. We can survive Trump.

#ask a native new yorker
#donald trump
#trump
#original
Do you know the scoop? Comment below or Send us a Tip