Ask A Native New Yorker: Should I Jaywalk?

This week's question comes from a transplant from LA who's nervous about jaywalking.

I read Gothamist's post on the history of jaywalking earlier this week with interest. I grew up in Los Angeles, where jaywalking is heavily prosecuted (and, because of the traffic, usually fatal.) I've lived here for a few years, but I still can't bring myself to cross against the light at a crosswalk, or cross in the middle of the street. Sometimes this means I'm the only one waiting at the corner while real New Yorkers just stream past, and this makes me feel cowardly and depressed.

Should I join everyone else around here and start jaywalking? Will I die?

The lifecycle of a native New Yorker is simple: birth in the city, 70 to 80 years of jaywalking, and then getting killed by an M102 bus on Third Avenue. For us, jaywalking is a treasured sport, a form of personal expression, and a political protest against an oppressive transportation infrastructure designed almost entirely for the benefit of cars.

I'm not telling you to blithley dart out between two cars right into traffic like a tourist. I'm saying jaywalk like a native—looking both ways first, and then with a finely tuned sense of how far the closest cars and trucks can move in the time it will take you to cross, make your well-timed move. The savvy jaywalker leaves enough time for an accidental stumble, a maniacal taxi-driver hitting the gas, or a seemingly double-parked car suddenly surging forward. 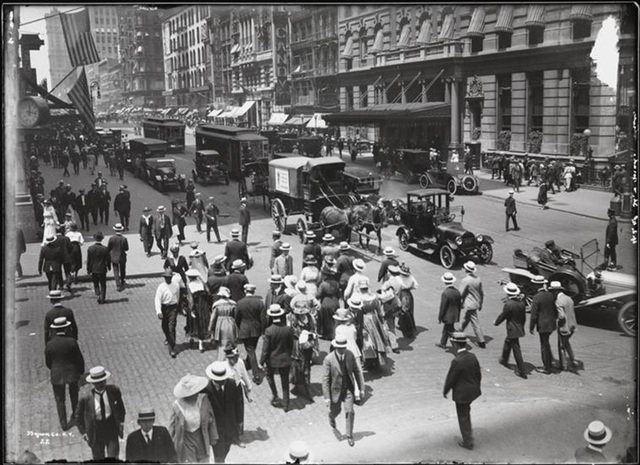 This jaywalking wisdom takes years to develop. A three-year transplant is probably better off taking it slow. Start on empty streets, say early on a Sunday morning when things are quiet. Try narrow streets in the Village before you attempt 23rd or 14th or 6th Avenue—those are like the Himalayan Peaks of New York City Jaywalking.

[Also don't jaywalk with kids! My wife yells at me for this, because she says the kids will inevitably think it's okay to jaywalk all the time, instead of just "when it's safe." I'd argue that native kids need to learn to jaywalk sometime, and who better to teach them than their parents? You don't want to leave something like that to their friends! But I agree (and ACS likely emphasizes) that jaywalking with kids under 10 is probably a bad idea.] 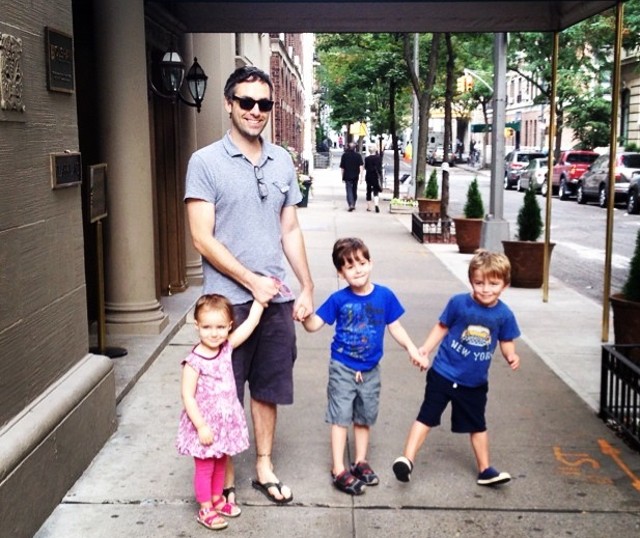 The native jaywalking habit makes the city a safer place. It forces cars to go slower, because they never know when or where someone is going to start crossing, and it sends a message that streetscapes should be built for people, not for private cars, which are completely inappropriate in most parts of a city this dense. Cars are also pollution machines that kill hundreds of pedestrians and injure thousands of others each year.

Don't jaywalking pedestrians cause a lot of their own injuries? Ridiculous! The real statistic is 7 or 8% of collisions have a pedestrian at fault, and I'm even skeptical of those numbers. With our car-friendly NYPD, you know if a grandma gets flattened by a truck two feet outside the crosswalk, they're going to blame the accident on the victim and let the driver off with no more than a ticket, and probably not even that.

When you jaywalk (intelligently) you're making a political statement: that you refuse to submit to the tyranny of cars. You want to see a pathetic, beat-down population of pedestrians? Pick any neighborhood in Los Angeles. Cowering at the lights while the streets are used like highways—scared even to cross an empty street for fear of a jaywalking ticket from the cops. It's really sad! Every time I'm out there I get yelled at constantly for my crossing skills, and I'm like, "Comrades, join me, you have nothing to lose but your chains!" But no one does.

I don't even like the word "jaywalking"—that's just some marketing bullshit cooked up by the car companies in the early 20th century to scare pedestrians off the streets they had previously dominated:

A "jay" was a hayseed, out of place in the city; a jaywalker was someone who did not know how to walk in a city. Originally the term applied as much or more to pedestrians who obstructed the path of other pedestrians—by failing, for example, to keep to the right on the sidewalk.

As autos grew common on city streets, jaywalkers were more often pedestrians oblivious to the danger of city motor traffic. "Jaywalker" carried the sting of ridicule, and many objected to branding independent-minded pedestrians with the term. In 1915, New York's police commissioner, Arthur Woods, attempted to use it to describe anyone who crossed the street at mid-block. The New York Times objected, calling the word "highly opprobrious‚" and a "truly shocking name." Any attempt to arrest pedestrians would be "silly and intolerable."

The cleverest anti-jaywalking publicity effort was in Detroit in 1922, where the Packard Motor Car Company exploited the new fashion for monuments to traffic fatalities. Packard built an oversized imitation tombstone that closely resembled the monument to the innocent child victims of accidents in Baltimore. But Packard's tombstone redirected blame to the victims. It was marked "Erected to the Memory of Mr. J. Walker: He Stepped from the Curb Without Looking."

We should call it something else. How about freedom walking? And then we should turn our attention to other projects that make the streets safer for human beings and less hospitable to cars. The first step would be to make driving more expensive, by tolling all the bridges into Manhattan, enacting a real congestion pricing plan, and raising the cost of street parking to its full market price (let's say $30/day; still slightly less than a private garage.)

It's ridiculous that the 56% of New Yorkers without cars have to suffer the physical danger, traffic, and pollution generated by automobiles and then are forced to pay for that abuse with hidden subsidies to boot. We can exempt people who live in neighborhoods underserved by mass transit (mostly the poor, in the outer boroughs) from these costs, because they don't have the option to take the subway or bus that the rest of us do.

But once we fully capture back all the "unpriced externalities," we can use the money generated to re-engineer our streets to make them safer for all New Yorkers, give more funding to the police to stop traffic crimes like speeding and drunk driving, and finally begin to fund mass-transit the way it deserves to be funded in a first-class city like this one.

But why stop there? The planet is on fire and cars are a big part of the problem. Thirty thousand people die every year in car accidents in America. New York should be the first city in the country to show that it doesn't have to be this way. We've already got a good mass transit system, and with more funding it could be great. Inexpensive robot on-demand cars are just a decade away. Once they arrive, we should make it illegal to own a private car in the city (again, transit deserts excepted). If that's too radical, fine, we can just charge a car tax of $10,000 a year. The rest of us can get by on buses, subways, robotUber, and the occasional rental car.

N.B.: Most traffic law reform in the city requires the ridiculous and undemocratic permission of Albany and its feckless, conservative leaders, so precisely none of the changes I've suggested here will pass any time soon. If you'd like that to be different, consider supporting politicians who believe in livable streets, and activists like Transportation Alternatives and Streetsblog, who agitate for reform.