Ask A Native New Yorker: Should I Get A City Job?

This week's question comes from a New Yorker who wonders if working for the city is a smart move.

I was born and raised in New York City. I landed an internship in City government almost immediately after graduating College in 2012 and I've been working for the City ever since. Though I see young people occasionally, the truth of the matter is that we're a minority within the city work force. A recent report reveals that young city employees only make up less than one third of all city employees, whereas slightly more than one third of City employees will be ready to retire within the next 5 years.

I try to extol the virtues and benefits of employment in City government to friends but most are more inclined to take jobs in the private sector, many in start ups with fancy free food and snacks. In addition, sometimes I wonder if I'm shackling myself by locking myself in a long climb to be vested in a pension.

Which brings me to my question: would you recommend other young native New Yorkers and new transplants to seek to work for the City?

Thank you for your hard work helping our city run! And congratulations for having any job at all, with the unemployment rate in NYC at 7.8%, and youth unemployment and underemployment running much worse than that. Having a job that is financially remunerative, reasonably secure, and socially productive is a rare thing. Compared to other members of your cohort, working as baristas and "social media gurus," or slaving on their fifth unpaid internship, you are doing very well, and I'd definitely counsel new college graduates to at least consider your path.

My first job out of school was also working for The City of New York. Back in 1998 there was some kind of science teacher shortage at the old Board of Ed, and my pre-med degree gave me enough college science credits to fill in as an emergency teacher for one year. I went down to 65 Court Street, and after a review of my transcript, some fingerprinting, and a stack of paperwork, they gave me a list of schools to call looking for work. I called Stuyvesant first, because I had gone to high school there, and it so happened that a chemistry teacher had applied for maternity leave that very day, and they had a slot open. 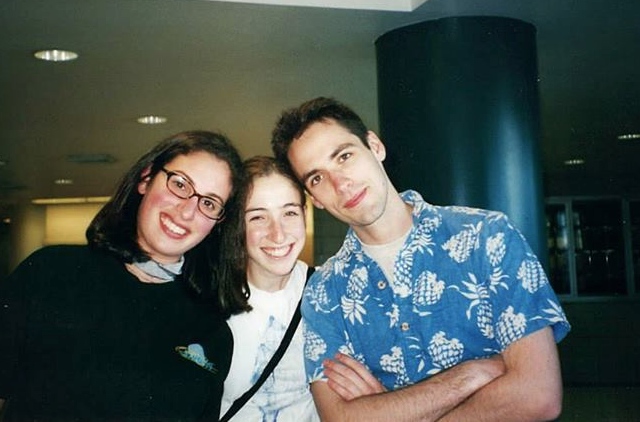 A quick interview got me the job, and a couple of months later, I was astounded to find myself employed at a salary of (I think) $31,000 a year, with full health benefits. Given my otherwise complete lack of employable skills, I felt like I'd won the lottery. The job turned out to be interesting: I was way over my head, but the other teachers helped me out with coaching and lesson plans, and I somehow made it through the year. I enjoyed the autonomy of working in a classroom; except when the vice-principals came in for evaluations, you could run things the way you wanted. And living at home allowed me to save almost $10,000, which I used to pay for a trip to Europe and my first apartment when I got back and dropped out of med school after a week.

But all city employees receive solid benefits and pension packages. I wasn't able to find stats on exactly what those benefits were worth, but the IBO pointed me towards this Office of Management and Budget report, which indicates that many agencies are paying between 50% and 100% of what they pay on salaries for health and pension benefits (page 20)‚ so the average employee could be taking in another $30-60K a year from that. Don't underestimate the pension, especially; most are free of city and state taxes, and over 30 years of retirement, that could be worth a million dollars or more. Compared to a 401K plan at a private job, that's a good deal!

Of course, the average city employee is 45 years old and has been at work about 11 years. Young people who go to work for the city will find themselves making less, and because recent benefit and pension givebacks have been negotiated to fall disproportionately on new employees, a recent college graduate will make less over the course of their career than someone who started a generation ago.

But most people don't go into public service for the money. There's the reward of knowing you're helping others, whether by keeping them safe, teaching their kids, keeping their streets clean, or making sure their sewage gets treated right. There's also the knowledge that your job is more secure than a comparable one in the private sector: 63% of city employees have some form of tenure.

So what kind of city employee do you want to be? The most common city job is teacher, followed by police officer. Overall, 42% of city employees work at schools, 37% are "civilian employees" of all stripes, 12% are police, and the rest are split between fire, correction, and sanitation departments. City workers are very diverse ethnically, but some departments, like the FDNY, are much less so; that could be a factor in your decision making. And you might want to think about gender: 57% of city employees are female, compared to 49% in the city at large, but that conceals huge disparities across departments: the Department of Education is 76% female, while the uniformed employees are 84% male. 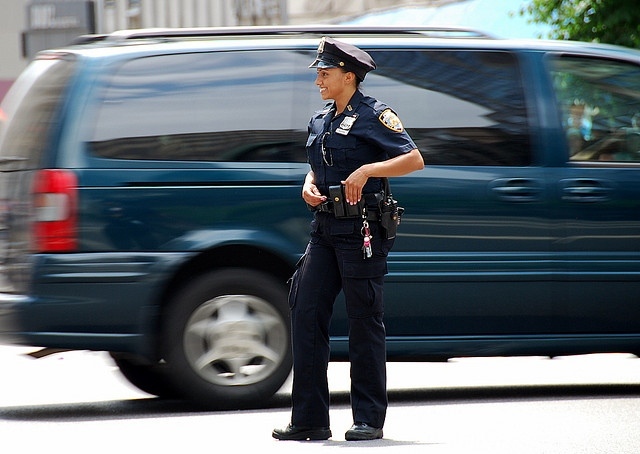 Almost all city jobs contribute to society in some way. Think about it: could our city run without tax-collectors, traffic agents, and the bureaucrats that prepare the budgets? But our younger generation, raised to expect they'd all become millionaires and rock stars, probably won't gravitate towards these roles. At least not immediately: after five years fetching coffee for some dictatorial magazine editor, or working like a dog for a series of imploding mobile app companies, maybe a reasonably well-paid 9-to-5 role at the Department of Citywide Administrative Services starts to sound pretty good. And what's the alternative? Poverty in the creative professions or selling your soul to Wall Street, spending your life grifting rubes?

I think one reason more young people don't consider public service is because of the constant excoriation that comes from conservative media outlets like the New York Post. Reading them, you'd think all public employees are layabouts of sub-humanoid intelligence, sucking the city's budget dry with their "livable wages" and "decent pensions."

This is false. The reason that most city and state finances are fucked is because the rich have paid abnormally low taxes for 30 years. This has caused craven politicians to underpay their annual pension payments, and then try to make up the difference "investing" the pension fund money in hedge funds and other Wall Street thievery, where they ended up losing even more. Explanations that blame public employees are just a smokescreen to keep private sector workers so distracted with envy that they don't realize that a decent pension is supposed to come with a job in the richest country on earth.

With Bill De Blasio initiating his Democratic-Socialist Great Leap Forward, this is probably a very good time to find a city job. Even if he takes a hard line on the current contract negotiations, some salary increases are inevitable, and you'll most likely still end up paying much less and getting much more out of your benefits than someone in the private sector.

Just please do your job well! Do not become one of those city workers who lands on a New York Post cover for sleeping on the job or taking kickbacks or cashing out with a $300K a year pension. Though thoughtful people understand these sorts of cases are very rare, they provide the ammunition that the right uses in their never-ending crusade to shrink government and deprive working people of the few decent jobs our society has left. So call out waste and corruption where you see it. Working for the City is a decent and honorable way to earn a living: try to leave New York a better place than it was when you started!

N.B.: Science says that beyond $75K, more money won't make you happy (okay, maybe $100K in New York). What does make people happy in their careers is independence, a sense of purpose and being challenged. There's also the Buddhist idea of "Right Livelihood", which says you shouldn't take a job that results in harm for other living beings. Think about that stuff before you take any job, whether working for the City or somewhere else.

#ask a native new yorker
#municipal workers
#original
Do you know the scoop? Comment below or Send us a Tip