Ask A Native New Yorker: Should I Fear Sharks?

This week's question comes from a New Yorker who's bummed that sharks are biting kids on Fire Island.

I'm about to go to Fire Island for the weekend, which is normally a laid back few days drinking beers at a friend's rented house in Seaview. One problem: I'm deathly afraid of sharks—it goes back to an ill-fated trip to an aquarium during nursery school when a shark unexpectedly bumped the glass and literally scared the shit out of me. I am now a full grown adult, but all week the media has been reporting on shark sightings and attacks on Fire Island, and now I'm scared to go in the water.

Last night I got into a debate with my friend over why we even tolerate the presence of these monsters near our public beaches. I'm as much an environmentalist as anyone else in New York, but it seems unwise to use ourselves as human bait while we let these sharks have uncontested control of the sea. Why can't we just fish them out or build a big net to keep the beaches safe?

I Need My Legs

First of all, we don't know that both of those kids who got bit this week were attacked by sharks. Neither victim received a Jaws-sized bite, and there are many fish in the sea that can deliver a smaller nibble when an unsuspecting human puts their leg in the vicinity of the animal's mouth. The State Department of Environmental Conservation has identified a tooth pulled from the leg of one victim as a shark tooth, but researchers are unable to confirm the species of shark.

Don't forget: the 30th anniversary edition of Shark Week begins in about two days on the Discovery Channel. Is there a chance these kids are really crisis actors recruited for a marketing campaign? No, of course not—that's crazy! Likewise, it's equally insane to suggest that The New York Aquarium opened its new "Ocean Wonders: Sharks!" exhibit just three weeks ago, and who knows what kind of genius social media managers an organization of that size could have at their disposal? Surely only a crazed conspiracy theorist would ask "who benefits?" from what would be the first confirmed unprovoked shark attack in the state since 1953.

An examination of the odds worldwide indicates that humans kill about 20 to 30 million sharks per year, while the sharks retaliate by eating only 10 of us. They are a species of extreme pacifists—and yet every once in a while when the tides change or the surf gets rough and some juvenile sharks end up closer to the beach than usual, we humans forget these stats and immediately begin planning a euthanasia campaign for any poor fish that should dare trespass in our swimming grounds. This is a typical gentrification mindset: you move into a new biome with its own residents with 400 million years of traditions, and immediately demand that they accommodate you, or else. Check your privilege, you hairless ape. 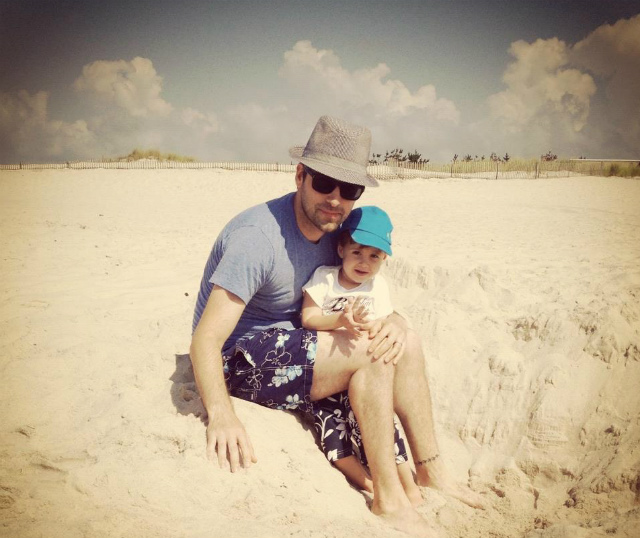 First, acknowledge that there's no threat. On Fire Island there are a million things that are more likely to kill you than a shark bite: tripping over one of those red wagons everyone uses to pull their stuff around, or collapsing from heat exhaustion while dancing at a bar in The Pines, or dying of jealousy when you realize the smallest cottages in Ocean Beach are now selling for half a million dollars or more. The real sharks you need to look out for are the real estate agents, youknowwhatimean?

While you meditate on that, think about how impractical trying to erect a net along all 32 miles of Fire Island would be. At the very least you'd have to leave openings for the boats in the Great South Bay to get out, and your average sea-smart New York shark is going to be more than able to swim through those holes, and now what you've done is basically created a pen where the sharks cannot swim back to their natural feeding grounds miles out from shore, and are forced to start eating tourists regularly for real.

Equally crazy is any plan to fish them out of the waters: when humans are already killing tens of millions of sharks each year, what's a few tens of thousands more going to do? There are more where they came from and now they're going to be extra pissed because we killed their relatives. Bad idea!

No, the best you can do here is adopt a stoic acceptance of the world as it actually is, not as you want it to be. This means accepting that all activities in life come with risk, however small, and that the challenge of living a rich and fulfilled life is not somehow erasing your fears, but swimming along whatever your chosen course is in spite of them, and suffering through the little bites that our universe seems to occasionally require.

N.B.: It goes without saying that grabbing a shark by its tail and dragging it up on to the shore to show your friends is really dangerous, probably illegal animal abuse, and just marks you as an enemy to the sharks that they will deal with later once ocean conditions are favorable.

#ask a native new yorker
#fire island
#sharks
#original
Do you know the scoop? Comment below or Send us a Tip