Ask A Native New Yorker: Should I Be Scared To Ask My Landlord To Repair My Super Cheap Apartment?

This week's question comes from a New Yorker whose rent is so cheap she's afraid to ask the landlord to make basic repairs.

I just moved to the city last year, and miraculously, I managed to score an $800 per month rent-controlled one bedroom with Central Park views on the Upper West Side. When house hunting, my budget was so low, that I have almost resigned to the fact that I was going to be living with five or six roommates deep in Brooklyn or Queens. My apartment, and how it all went down, was almost too good to be true, and I was in a state of shock for at least three months—I really felt like I had won the lottery.

They have been saying there are going to replace the counter top, which is all messed up, since I moved in. I try not to bug them about it, but should I?

There is not an official Super, and when I email the woman in charge about a problem (like mice) she sometimes doesn't get back to me for weeks, if at all. Is this just the way it is with rent subsidized apartments? Or as a tenant should I stand up for my self a little more and demand follow through and attention for my apartment when it is needed?

Because I love the apartment so much I almost feel like the are "letting me" live there, and that if I am a difficult renter they won't want to deal with me in the future and won't give me the option to renew the lease again.

Do renters of rent controlled/rent stabilized/rent subsidized (I'm not exactly sure what mine is, but there was an income range) apartments have the same rights as normal renters? Is there an unwritten code for getting what you want from management companies without pissing them off?

$800 dollars a month is still money...do I have the right to see myself as a customer, or must I see myself as someone who is receiving some kind of benefit from the government, and therefore shouldn't look a gift horse in the mouth.

Thanks for the input,

Seriously, $800 for a one-bedroom facing Central Park? Is this the building that's secretly owned by the Devil and you have to sell your soul to get an apartment there, and everyone who moves in goes insane? Or the one designed by insane architect Ivo Shandor with the Gozer-worshipping cult on the roof that keeps getting burned down? Or that place with the baby-stealing cult? It's got to be something like that, because the price is too good to be explained without supernatural means. 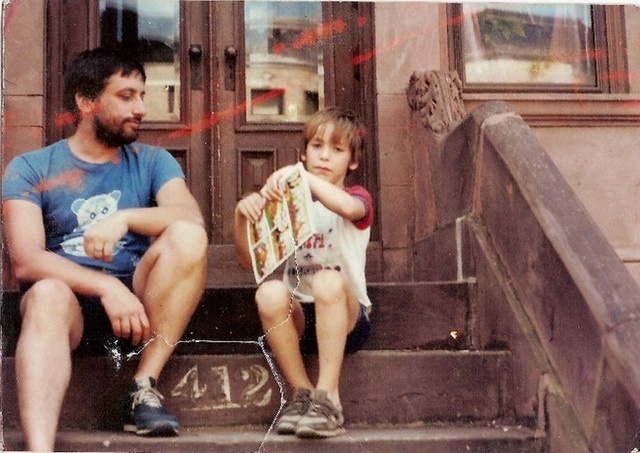 So I get where you're coming from: demonic possession or not, a deal this good needs to be held onto like grim death, and you don't want to do anything which rocks the boat. On the other hand, if you did sell your soul for an $800 apartment, you don't want to put up with a cracked countertop—and in New York, luckily, you don't have to. Our satanically complex housing law affords you many rights and protections. I emailed my dad, well-known tenants-rights lawyer Steve Dobkin, for more. He replied:

Regardless of whether your apartment is rent controlled (highly unlikely)-rent stabilized-or rent subsidized, or none of the above, as a tenant in New York you have a right to a habitable apartment, and the landlord is responsible for providing basic services and necessary repairs. Don't worry about looking a gift horse in the mouth or pissing the landlord off. What concerns me is that your story about renting an apartment on the UWS for $800 a month suggests that you may be suffering from delusional thinking and in serious need of therapy. The alternative is that you actually did win a lottery for a subsidized apartment. You would have needed to fill out a detailed application at some point. Try to remember.

In New York, a "habitable" apartment includes heat, hot water, electricity, gas, a working bathroom and kitchen, smoke and carbon monoxide detectors, and a number of other features. What's more, it means the absence of vermin, mold, peeling paint, smells or fumes, etc. You can't be evicted for asking your landlord to fix any of that stuff, and you shouldn't feel bad about asking for it. If the apartment is stabilized, that was reflected in the price the landlord paid for the apartment building, or, if it's subsidized, in tax breaks and other government support the landlord receives each year. By asking for basic services, you are not asking for anything you aren't entitled to, or receiving anything the landlord is not obligated to provide.

On the other hand, as any NYC tenant knows, asking and receiving are two different things. You don't want to have to take your landlord to court to enforce your rights. In my many years of rental experience, I've found the best way to ensure quick repairs is to be generous to the Super (or part-time Super) around the holidays. You'll be surprised at the fast and efficient service that $300 in cash stuffed in a Christmas card can deliver. Always maintaining a polite tone when dealing with the landlord's office staff also seems to help. If that doesn't work, keep meticulous records of every interaction, and if things don't improve, take them to a tenants' lawyer like my dad [or do it yourself: MetCouncil has a helpful tutorial for sending the appropriate letters and contacting the various government agencies]. Sometimes that's all it takes to get things moving.

I remember when I was a kid and my dad was doing a lot of organizing; the staff at South Brooklyn Legal Services was always protesting against some rapacious slumlord. They'd carry signs that said "Housing is a Human Right." I've been thinking a lot about that recently as the current housing bubble has expanded and my friends have been having harder times finding decent places to live at rent they can afford. It turns out it's not just a slogan: The Universal Declaration of Human Rights actually says:

Everyone has the right to a standard of living adequate for the health and well-being of himself and of his family, including food, clothing, housing and medical care and necessary social services, and the right to security in the event of unemployment, sickness, disability, widowhood, old age or other lack of livelihood in circumstances beyond his control.

New York is bigger than countries like Switzerland, Sweden, and Austria, and cities like Hong Kong and Singapore, which have all done much better jobs delivering on this housing promise. They did it by continuous large-scale development of subsidized housing on land owned by the government, as well as through rent-stabilization regulations. Homelessness is a much smaller problem in these places, as is the less serious but still soul-sucking problem of constantly worrying how to make rent payments that could add up to 50% of your salary. We could have a similar system here: the only thing we lack is the political willpower to make it happen.

Why is that? It's obvious to anyone with eyes that unregulated capitalism drives up the cost of basic goods like housing, food, and education. Why don't the poor and middle classes just head to the ballot box and vote in politicians who support better policy? My dad has always taught me that the answer is two-fold: first, the rich, and in particular the property-owners, own every politician in New York, no matter how liberal. For this reason, even progressive politicians like Bill de Blasio may never produce housing plans that really fix the problem, because this would endanger the profits of many of his political donors.

Second, the local media, which in some cases is actually owned by the same real estate magnates, feeds the public a never ending list of stories designed to undermine support for rent regulation (see, for instance, the Post's frequent coverage of people "getting rich" off stabilized apartments), or distract us with breathless coverage of the $150MM penthouses and mansions of the very rich (see, for instance, the entire New York Times Real Estate section), so that we might be so consumed by jealousy that we forget to mobilize against the real estate industry and its extractive monopoly.

These conditions are unlikely to change soon. The best we can hope for is that Bill de Blasio will at least deliver on the housing plan he has put forward; that'll require his winning a second term in three years. While we wait for that, consider applying for one of the upcoming housing lotteries: you might not get an $800 apartment, but as they say, you got to be in it to win it, and you never know!

#ask a native new yorker
#housing
#landlords
#rent
#original
Do you know the scoop? Comment below or Send us a Tip