Ask A Native New Yorker: Should De Blasio Have Closed Schools During These Blizzards?

This week's question comes from a New Yorker who disagrees with the decision to keep schools open during these series of snowstorms.

The city says the roads are unsafe but the schools are still open?! What about teachers who have to get to work in these treacherous conditions, to say nothing of the children whose lives are put at risk because Great Leader de Blasio requires their presence at mandatory morning "anticapitalista" chanting? Doesn't the mayor have a moral obligation to close the schools in this shit? 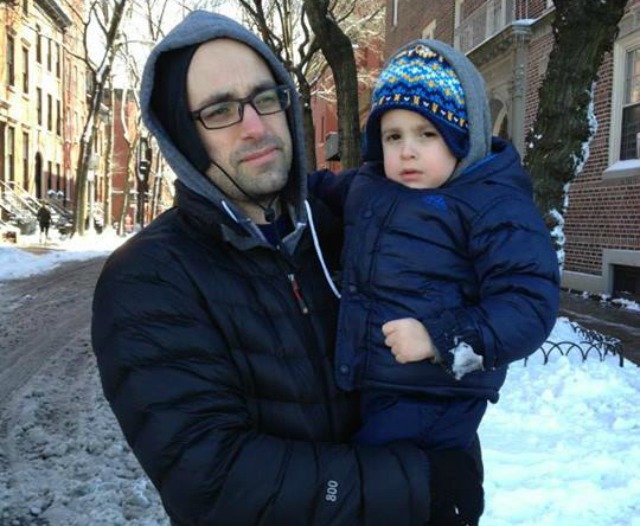 You should be more sympathetic to Big Brother de Blasio. The decision to cancel schools is a classic lose-lose for a politician: if he orders them closed, hundreds of thousands of working parents have to scramble to find childcare, which is especially difficult for poor parents, who often work low-wage jobs that don't give you paid time off.

He also deprives thousands of kids from being fed through the school breakfast and lunch program—75% of public school students qualify for free or reduced lunch, and the system serves an average of 850,000 meals a day [PDF].

Doesn't the mayor have a "moral obligation" to make sure these children eat?

But if he doesn't cancel school, and there is appreciable snow, he's going to piss off thousands of teachers, who have to trudge through the ice and snow to get to work, and potentially place children in danger on their trips to and from school. That's not the kind of decision any politician wants to make.

That's why normally these choices are forced on the Schools Chancellor, consulting with the Office of Emergency Management, and the Sanitation Department (which operates the snow plows). I'm sure by the time the decision gets to the mayor, it's largely already been made. But that doesn't mean he won't get blamed! The decision can go wrong in two ways: either he can keep schools open, and the snow piles up so high that it becomes clear he should have closed them, or the snow melts by the end of the school day, and he gets blamed for keeping them closed. Lose-lose indeed!

As a public school student, growing up in the city, I always rooted for school closings. But in those days, they were pretty infrequent: anything short of a solid foot of snow meant you were going to have to put on your boots and march in. This wasn't so bad in elementary school and Junior High—most NYC kids go to local schools pretty close to home.

But in High School, it meant a treacherous subway ride with a seven block walk on either side, just to arrive and find out that half the kids, especially the ones from Queens and Staten Island, hadn't bothered to come in and nothing was getting done anyway. I also remember one time at Stuy, during a Nor'easter, watching the Hudson submerge teachers' cars in the parking lot along the river, and realizing that they probably didn't want to be there either.

But they came in, because NYC teachers are devoted to their jobs, and providing a safe, warm place for students during a storm is an important civic duty. That's why, in well-run, heavily funded, socialist paradises like New York, we should err on the side of keeping the schools open. Especially if there is less than a foot of snow, and especially if the MTA and OEM keep the subways running.

We should also go out of our way to thank the teachers who have to travel to work, and, if we drive, drive extra slow to avoid any accidents with kids travelling on the streets.

Climate change appears to be making our winters worse here in New York, but I was talking to my dad over the weekend, and he said that when he was growing up in the Bronx in the '40s and early '50s, the snow drifts were twenty feet high and he had to walk barefoot down Holland Avenue two miles to school and two miles back, and I should quit my bitching. Remember: someone has always had it worse! Let that inspire sympathy in your heart, and save some of it for our mayor, whose new job has gotten off to a very snowy, challenging start.

N.B.: In the Mid-West, some schools stay open even when they have 24" of snow!

#ask a native new yorker
#Blizzard
#school closings
#snow
#original
Do you know the scoop? Comment below or Send us a Tip