Ask A Native New Yorker: Must I Play Host To All These Out-Of-Town Visitors?

This week's question comes from a woman who is broke and exhausted from hosting a seemingly endless influx of out-of-town guests.

I've been living in New York for three years now. And in that time, people my husband and I barely know have crawled out of the woodwork asking to stay so they can save money on hotels. For the most egregious offenders—like those random "college friends" who I wasn't actually friends with in college—I always find an excuse or just flat out say no. It's easy to offend someone you don't even speak to. But for good friends, we always say yes. It's polite, and typically we would love to see them. But problems still arise in the form of our guests truly not understanding the cost of New York, or how much it actually costs to host someone. My husband and I both just graduated from grad school and are just crazy broke (like most New Yorkers) and our summertime-host related costs are starting to bust our budget.

When you tally all of the things that cost extra when you have more bodies in your apartment, it starts to make your head spin: The insane electricity bill you get at the end of the month because your unaware guest blasted the AC at 64 all night, the huge amount of laundry you have to do before they get there and after they leave because they needed all the extra blankets and towels, the toiletries they used because they forgot to pack their own, and the snacks they ate that they didn't think anything of. Then, they expect you to participate in their NYC activities with them on top of all of that. Dinners out, tickets to shows, tickets to museums I have been to 1,000 times with the previous guests I've also spent money on. Constant subway swipes so you can show them the entire city.

All of this adds up in New York, but in other cities isn't that big of a deal. In other cities your electricity is probably a reasonable rate and you probably have washer and a dryer in your home that you do not have to pay extra to use. Groceries are not expensive, and going out to dinner doesn't force you to default on your student loan payments—and if does, you can cook in your big kitchen without the entire place feeling like a warzone. You can get to the very few places you need to see in those cities with a quick car ride.

Given the huge disparity in hosting between everywhere else and New York City, it's not totally surprising that someone who has never been to the city doesn't understand how much of a burden hosting guests is. And it's not even surprising that some guests take it a step further, semi-expecting you to feed them breakfast (as they would for you in their large, suburban house), and not jumping in to split cabs (because what's a cab?) or replenish the milk they just finished off (because milk costs $1.50, like it does in the midwest, right?) or knowing that when you give the waiter your card they are splitting it down the middle regardless of whether you ordered 8 drinks and an appetizer and your host had a salad (because NYC doesn't split bills? That's crazy!).

How do you make guests understand the cost you are imposing on them without making them feel unwelcome? How do you get them to understand that you are not being rude when you tell them you cannot go out to dinner with them, but that the total cost of them just staying in your apartment is already starting to overwhelm you? And how do you do all of this when they don't even understand that there is a high base cost to hosting?

A good way to avoid this problem with out-of-town guests is to grow up here and never make any friends who live outside the city. It takes some dedication, because there's always a risk of making friends with a foreign-exchange student or tourist visiting town, and you've also got to cut off all ties with friends who did live in the city but then left for some dumb reason, but overall I think the tradeoffs are worth it.

I mean, think about it: back in your hometown in Normal, Indiana or wherever, you moving to New York City is probably the most exciting thing that's ever happened. People are still talking about it years later, and of course they're all going to want to come visit now that they know they've got a free place to stay. Have sympathy for them—their lives are so empty! 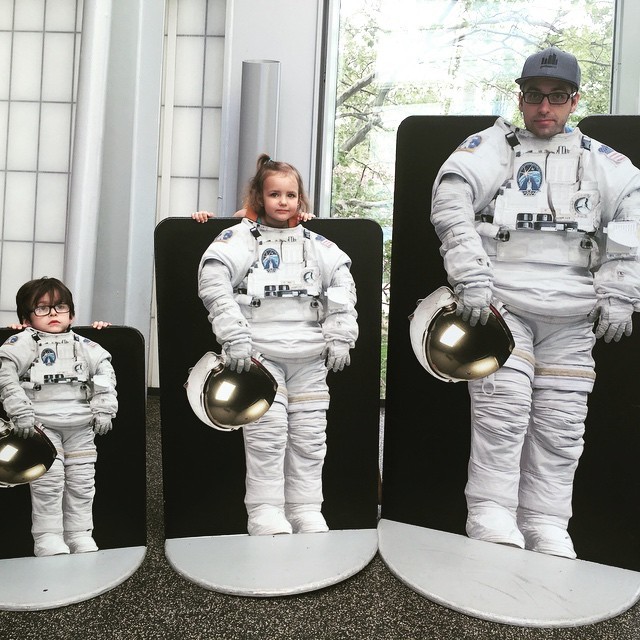 But you must set some rules and boundaries. You are right to ignore your "acquaintances"; these are not friends. If they write to you saying that they're coming to New York, you send them a link to AirBnB and maybe a few thoughtful blog posts with suggestions for their visit. Your responsibility ends there. How do you know someone is an acquaintance? Ask yourself: have you ever been to dinner at their apartment?

It's different with real friends and family. With them you don't have a choice: if you've got room in your place, and they're in town, you can't force them to pay $200 a night to stay at a hotel. This is a good argument for having only a small number of really close friends, and finding a new family if yours is too large.

Even with these obligatory freeloaders, you don't have to be a pushover. Reciprocity is the key to any relationship, and the least these guests can do is take you out to dinner or bring a couple of bottles of nice wine. You should also feel free to crash on their couch when you're in their town, but let's be honest, that ain't exactly a fair trade.

To make their visit as bearable as possible, try direct communication. Something along the lines of "hey bro, we're broke as fuck, and Con Ed costs $500 a month—can you please shut the AC off when you leave?" Or put a sticker on the door that reminds people to do that when they walk out; we have one on the door of the Gothamist office and it works pretty well. Remember: you're a New Yorker now. Put on your Big Boy Pants and don't be scared to get all up in their face about any inconsiderate behavior.

Your other issues are easily handled. The best things in New York City are free: the parks, the Staten Island Ferry, The Metropolitan Museum (fine, pay $5!), looking at graffiti in Bushwick, etc. If you're busy with work, feel no obligation to shepard these hicks around: hand them a map and encourage them to get out there on their own. If they get robbed on the subway, just tell them that's part of the "real New York City experience"!

It's a mitzvah to share this great city with your friends, but the official New York City motto is "Don't Be a Sucker!" No one is required to give so much that they impoverish themselves, and if your friends don't understand that, they aren't your friends.

N.B.: We've discussed the importance of treating tourists nicely before, for spiritual and economic reasons. Here's one more: if current real estate trends continue, many current New Yorkers may find themselves visiting one day as tourists themselves. Pay the kindness forward to your future self!

#ask a native new yorker
#original
Do you know the scoop? Comment below or Send us a Tip
A new Gothamist is coming! We’ve moved comments over to our beta site. Click here to join the conversation and get a preview of our new website.