Ask A Native New Yorker: Is Queens Doomed To Be The Next Brooklyn?

This week's question comes from a lifelong Queens resident who's got a problem with the "Brooklynization" of his borough.

As a life long New Yorker and Queens resident I am used to the treatment that Queens gets from other New Yorkers and New York media publications. Often Queens is seen as some sort of backyard wilderness that happens to have really good ethnic food to compliment the metropolis that is Manhattan. Other times we are seem as just some sort of dumping ground for airports, graveyards and trash. Typically I can handle these remarks in stride, I'm proud to have been born and bred in Queens, like countless others.

What I can't stand, however, is the constant barrage of New York Times articles that try and treat Queens like some sort of Brooklyn expansion or some sort of new place to discover. I have held my tongue in the past but after this article: I am simply fed up. The article reads as if Queens is some sort of wild safari paradise teaming with affordable near luxury apartments that are waiting for the picking over by bold explorers from Manhattan and Brooklyn. Suddenly Queens is cool because Ridgewood is the new Bushwick? Why do we need to be constantly compared to Brooklyn? Why can't we be as cool or as lame as we want on our own?

My question to you is why our City's namesake publication is so closed minded to boroughs that don't start with "Man" or "Brook"? When will the madness of the Brooklynization and Brooklyncentricism end? And, especially, when can we celebrate Queens or even the Bronx and Staten Island on its own without having to look at them through a Manhattan or Brooklyn lens? When will the madness end?

Let me get this straight: you don't mind being exploited as the next pot of real estate gold for gentrifiers, but you want the exploitation to happen on your own terms, and not in the exact same way as Brooklyn? What would that even look like? Like promotional condo websites with a picture of the Lemon Ice King of Corona on the home page?

Have you ever noticed that all gentrified neighborhoods are alike, but each ungentrified neighborhood is cool in its own way? Like I could drop you in any hipster area anywhere in the world—Brooklyn, Austin, Portland, Berlin, Tokyo—and you'd be surrounded by the same scene: coffee bars with people tapping away at Macbooks, an upscale dive bar filled with guys with beards, a bunch of restaurants selling farm-to-table food. Even the graffiti would look the same! 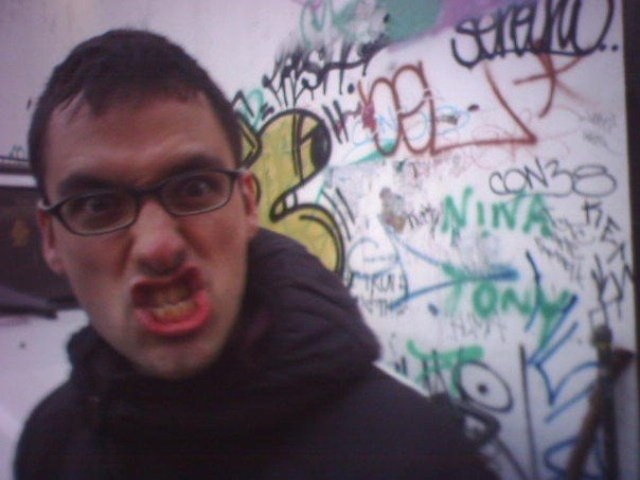 Why is that? Why doesn't gentrification look different everywhere? Maybe it's because it has the same basic ingredients in each place: students and artists and gays looking for an affordable place to live, and the small business owners they attract who cater to their tastes. Or more likely, because a lot of gentrification is engineered by property owners and banks working from the same template, and it's a lot easier to copy a place which has produced investment returns, like Williamsburg, than it is to try a new idea. Or, ultimately because capitalism is all about commodification, even when the commodity that's being sold is authenticity. That's some next-level post-modern Marxist critique right there!

Media plays a sad role in this. But they have a good excuse: they do it for the money! Allow me to explain: the New York Times is not a monolithic business. In reality, it is composed of many important bastions of journalism, like the international section, the Metro desk, Science, etc. These are valuable and very important for our democracy. But these sections are expensive to run and often lose money, so they must be supported by more advertiser-friendly areas of the paper, like Style and Real Estate, or the odious billionaire ball-cupping that gets done at DealBook.

These sections are spiritual abominations. Their editorial vision is to fan the flames of materialism, selfishness, and celebrity-worship and stick their vampiric trend fangs into anything giving off the scent of youth or originality and suck it dry before another outlet does it first. This is exhausting work, because human novelty is limited, and because of the insatiable desire of advertisers for this kind of content, the editorial hole never shrinks. So occasionally, these editors and reporters must resort to recycling a trend piece, or applying a familiar template ("x is the New Brooklyn", "Y is the new way to Brunch", "Z is a problem all young rich people have").

Pity them! My point is not that these trend-workers are bad people; quite the opposite. These are desperate times in the media industry. Just this month, The New Republic collapsed, Rolling Stone torched its reputation, and the guy who owns Gawker penned a 4000 word cry-for-help (or suicide note—I haven't gotten to the end yet!). In these dark days, don't be so quick to judge the Style section writer who prostitutes their talent for a paycheck! They might not have another choice.

Anyway, we're all part of the same hypocrisy. You've clicked on plenty of these style pieces, even if it's just to hate read them. Gothamist supports itself on advertising, and even though we only ever take a sarcastic, ironic tone when it comes to reporting new trends, we might occasionally, accidentally, be guilty of promoting consumption for its own sake, or selling out Queens for sweet, sweet pageviews.

I guess it could be worse: have you read the New York Post lately? It's one thing to make your money fanning the flames of gentrification‚ it's another to profit from straight-up race-baiting. Although I guess "At Least We're Not Huge Racists" would make a bad tagline for a newspaper.

The only advice I can offer you here is to avoid bad media like the spiritual poison it is. That means reading thoughtfully, discriminating between sections in each newspaper, and paying attention to the bylines—even within a section, there's often a tremendous diversity, and there's usually at least one writer who's trying to do the right thing. Pray for him or her!

#ask a native new yorker
#gentrification
#jake dobkin
#queens
#trolling max rivlin-nadler
#original
Do you know the scoop? Comment below or Send us a Tip