Ask A Native New Yorker: Is It Wrong To Like That Middle Finger Tower?

This week's question comes from someone who can't help deriving aesthetic satisfaction from a widely-despised new residential tower.

The other day I was driving back from upstate, stuck in traffic in the Bronx, when I caught sight of 432 Park Avenue silhouetted against some clouds. Now, I hate the rich just as much as anybody, but I was struck for a second by the symmetry of the building and the way it kind of stands heroically tall and apart from the rest of the skyline, and I realized I actually like the way it looks. Does this make me a hypocrite politically? Can you like the way a building looks but hate what it represents?

Jenny on the Block

It is a monstrous error to consider any work of architecture apart from its historical context. Imagine some clueless tourist wandering over to Ground Zero and saying, "Oh, what pretty fountains, let's take selfies!" or a visitor to Auschwitz cluelessly admiring the metalwork on the "Arbeit Macht Frei" gate, or complimenting the pleasing angles of the Ryugyong Hotel in Pyongyang, without thinking about the mountain of skulls that it represents. You'd rightly call such people ignorant and offer a short lecture about what each of those structures really means. Allow me to demonstrate here!

432 Park is a horrible, no-good, evil building—visually, politically, and spiritually. 1396 feet tall, built at a cost of $1.25 billion dollars, it features 104 apartments, listed at a bargain price of $12,000+ per square foot (eight appear to be available right now at sums ranging from $17 to $45 million dollars.) It is the distillation, in physical form, of everything that is wrong with our late-capitalist society, and will be remembered, hundreds of years hence, as a grotesque middle finger erected by the rich and pointed at everyone else in New York City. 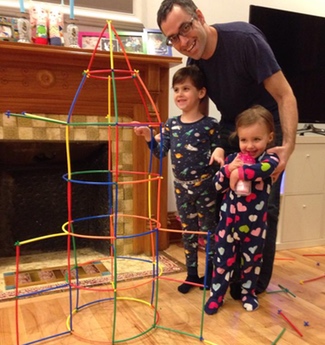 Inequality, of course, has been rising in America for many years, at least since the Reagan administration began chipping away at the regulations and unions and progressive tax structure that held back the most rapacious of capitalists. It was not, however, until the last 15 years that the flood of cash that this political revolution created, joined by enormous pools of capital expropriated by various foreign oligarchs from their dysfunctional countries, began to take physical form in New York City condo towers.

Previously, this type of money would have been stored more discreetly in off-shore accounts, but now, especially after the financial crash of 2008 left most other investment types languishing, and encouraged by zoning changes made during the Bloomberg administration, that money began to congeal in a series of towers, mostly located on and around 57th Street, intended not so much to be occupied but bought and displayed to other one percenters.

Sure, you could argue that 432 Park and its brethren are simply "heightening the contradictions" of this period, as the Marxists say, and won't it be convenient when all the enemies of the people are gathered together in a few tall buildings when the revolución comes? However, this ignores the very real problems these buildings create right now: shadows over Central Park, a speculative bubble in New York real estate at all price levels (as thousands of owners see it and think, "if $12,000/sqft is the top end of the market, maybe asking $2,000/sqft for my studio in Gowanus isn't so overpriced"), and most of all, a visual eyesore seen from every not-rich neighborhood in the city, reminding us just how unequally the spoils of growth have been distributed.

A little more on that last point. You complimented the pleasing symmetry of 432 Park, which Rafael Viñoly, the architect, says is based on "the purest geometric form: the square." Indeed, perhaps there is something to momentarily admire in the technical achievement of putting such a tall, square-based rectangular prism on a narrow lot and not having it tip over. Consider, however, that the square is not just the purest geometric form, but also the easiest way to stack a bunch of floor-through apartments without wasting any square footage on exterior ornamentation. Adding twists or undulations or cut-outs or whatever tricks architects can use to make a building interesting from the outside costs money, and would inevitably subtract from the available square footage for sale. Vinoly's square is a perfect representation of what happens when a building is designed solely for its occupants, without a thought given to the people who will have to look at it from the outside. 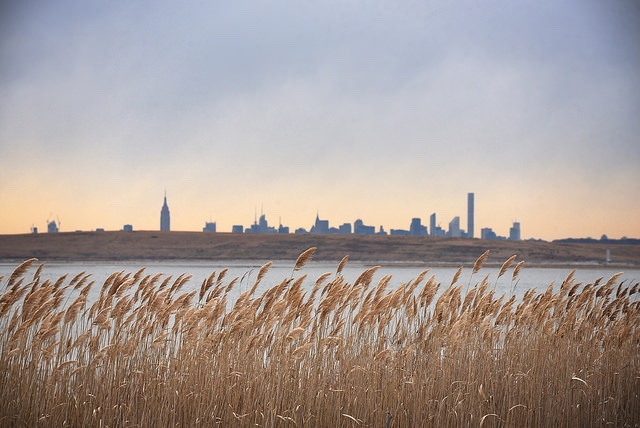 What 432 Park reminds me of most is a stack of square safe deposit boxes, which is, in fact, exactly what it is. Like safe deposit boxes, these apartments will be rarely opened. I expect that unless the building has some sort of automatic lighting system, most of the floors will be dark each night, as their owners will continue to live in Moscow or London or Hong Kong. Occasionally, we will see one or two lights flash on as the beneficial owner has come to inspect their holdings, verify they are still intact, and then silently flit away.

It did not have to be this way! It is possible to design a high rise condo that is not visually monotonous to stare at. Consider 56 Leonard Street, the so-called "Jenga" building in Tribeca. Sure, it's still an oligarch nest completely out of context with its surrounding neighborhood, but at least its uneven stack is a little surprising and original. Whenever I go down to Canal Street to check our Post Office box, I see tourists gathered on 6th Avenue pointing at it. That will never happen with 432 Park and its 57th Street neighbors, which to a one are all equally banal glass prisms, devoid of anything worth remarking on besides the deviant cultural conditions which created them.

Thankfully, the era of super-tall condos has already begun to wane. Apparently between the Brexit and corruption crackdowns in China, and increasing federal disclosure regulations on real estate, the supply of billionaire condo buyers has begun to wane. It is unlikely, in the near future, that too many more of these buildings will rise, which gives us, as a city, a little bit of time to consider policy responses, such as high property taxes on unoccupied apartments, special sales taxes on high-end apartment transactions, and zoning rules that would block park-endarkening towers. Hopefully, we will have these in place before the next boom, so at least if more ugly towers like 432 Park are built, we can say the city is profiting from them.

Until then, I advise using 432 Park as a highly visible meditation device: whenever you see it poking up above the skyline, think of the system that produced it; think of all the corruption, financial malfeasance, and chicanery that allows billionaires to acquire so much wealth while so many have so little; and rededicate yourself to voting for politicians and contributing to social movements that aim to turn things around.

N.B.: If you're an oligarch reading this, make sure you never buy an apartment above the 40th floor. I've taken press tours of these spaces, and once you get up above that the view actually gets worse, because you're too high to make out any detail on the streets. If you're going to pay $50MM for a two-bedroom, you want to at least be able to see the peasants below you scurrying around like ants!

N.B.2. Rafael Viñoly claims this building was inspired by a $225 garbage can. This is extraordinarily appropriate in ways I need not bother to belabour here.

#432 Park
#advice
#ask a native new yorker
#housing
#luxury
#original
Do you know the scoop? Comment below or Send us a Tip