Ask A Native New Yorker: Is It Wrong To Have A Child Now?

This week's question comes from a New Yorker who has some reservations about having kids in this day and age.

Your column always makes me feel better about the world so I thought you would be able to shed some truth on my current dilemma. I am at that point in my life where my partner and I are debating on having children. The everyday grind of childcare costs and logistics aside, I am feeling that having a child is purely selfish. I am worse off than my parents were at my age (but still ok) and my children are more than likely to be worse off than I am.

Opportunities, stability, education, economic mobility and climate change etc. are issues only getting more serious. Let's not even get into the election and what that will mean for the future (sob). My partner agrees with me on some level but doesn't think this should affect our decisions. My friends all think I'm insane. Adoption is something I would definitely consider and does make me feel a bit better but still. Why do people have children anymore, with everything stacked against them and the world going to shit?

Sincerely,
Feeling Too Real on the UWS

I think you should have a baby, or adopt. Yes, the world does appear to be going to shit right now—no way to sugarcoat that. But if all the kind, thoughtful, liberal New Yorkers stopped procreating, who would that leave to populate the world? That's right, the children of reactionaries and checked-out nihilists. If you are able, and want to, you could consider having a child as a patriotic act; a flame lit against the coming darkness, and the beginning of a new generation who will rise up to put this fractured world back together again.

Is it selfish to bring a child into this world? That'd be a big fat no—I say this as a person who has not experienced a good night's sleep in seven years on account of child-rearing. Yes, kids are super-cute, they will certainly make you a more loving and wise person, and they are a much better way to spend your time than wasting money in bars and restaurants, but they are also a shit-ton of work, including cleaning up an actual shit-ton of shit. They are great to have around, except when they're terrible, and between trying to get your work done and trying to get your parenting done, you're quite liable to feel like a partial or complete failure as a person on many days. This is not a project to be undertaken in the name of selfish satisfaction: it will be satisfying and frustrating in at least equal parts.

(I'm not just saying this because I caught a nearly terminal cold at my son's 7th birthday party on Sunday—this is true wisdom regardless—but if I could add one point of advice: if you go to a bowling party with 15 second graders, wear gloves and a mask.) 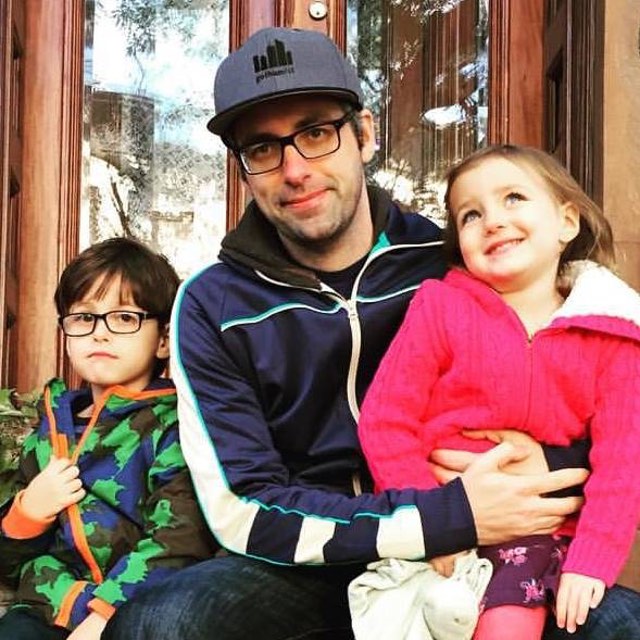 I do want to touch on childcare costs, because despite the de Blasio administration's very successful universal pre-K plan, which has shaved one year of preschool costs off the family budget, you will still have to get the kid through to age 4. This is not easy in New York, where both parents are likely working, and childcare costs are high: $15-20++/hour for nannies, and $15,000-20,000++ a year for day-care, if you can even find a spot that accepts kids younger than two.

Add to this housing: I lived in a one bedroom until my second kid was two (we slept in the living room on a fold-out couch), but most people tell me that would be intolerable, which means ponying up for a two-bedroom apartment. I won't even bother to enumerate the many other costs: doctor co-pays, classes, toys, clothes, etc., but the numbers add up fast.

So why do people keep having kids in New York? Some of it is biological programming, of course, and social expectations from friends and family that when you get to a certain age "being an adult" requires you to reproduce. But a person as thoughtful as you realizes that these are just pressures that could be overcome if you chose, and not good reasons to have children.

So what are the good reasons, besides the previously mentioned "making sure your values continue past your own lifetime"? How about these three, in descending order of selfishness: making sure you're not alone in your old age, distracting yourself from a whole heap of shit you can do very little about (like the news), and giving someone else the same wondrous chance to experience the universe that your parents gave to you.

The opposite "anti-natalist" position can be badly summarized as "not having a kid guarantees the kid will not suffer, but having a kid means there is a good chance of them suffering, so it's better not to reproduce." These people have a generally jaundiced view of the human condition, and are no fun to be around at parties.

What is the native New Yorker position on this debate? Simple: having survived in a city which is the best in the world and wonderful in so many ways, we recognize life as something worth having, and wish many others could experience it. When we say it's a shame someone was born in Cincinnati, we don't mean to diss that city (since we've likely never been there, given our New York chauvinism), we just mean it would be a better life to be born in New York and get to experience the intense, crazy experience of youth here.

At the same time, we recognize, especially as we age, how difficult it is to live in New York, particularly because of housing and money issues, but we continue to stay, which is another way of saying that we vote with the natalists—despite the suffering, it's worth it to live here, and to be alive here.

You have a wonderful opportunity to give a kid a life in New York City. Despite all its shams, drudgery and broken dreams, it is still a beautiful city, and nothing is going to change that except an incoming salvo of nuclear bombs, and I think not even the incoming regime is going to lead us to that. Chin up, pants down—get procreating!

N.B.: Adoption is a wonderful choice if you can't have kids or just can't stomach adding to the population already on earth. It's a long, expensive, and difficult process, but it's hard to think of a more noble purpose you could devote your life to than parenting a kid who needs a home. Not every act of heroism has to be throwing yourself on the barricades against the future regime's bayonets; acts like this are just as brave and necessary.

#ask a native new yorker
#childrearing
#children
#family
#parenthood
#parenting
#procreating
#original
Do you know the scoop? Comment below or Send us a Tip