Ask A Native New Yorker: Is It Wrong To Charge My Roommate More Than Half Our Rent?

This week's question comes from a New Yorker who feels guilty about paying less rent than his roommate.

I pay through the nose for a two bedroom apartment in unbearably overpriced Williamsburg. I started out as the roommate of another guy who's name was on the lease, and when he moved in with his girlfriend, I took over. The rent was $1,800 five years ago, now it's $2,250! WTF?!

One of the rooms, which I inhabited for years, is laughably small—barely room enough for a full size bed and a dresser. Last year, I moved into the infinitely more spacious master bedroom, and found a roommate for the tiny room through Craigslist. This guy doesn't seem to be hurting for money and he didn't balk when I told him his share of the rent would be $1,300.

Like I said, this guy seems to be doing well—he shops at Barneys, while I am barely keeping my head above water even paying $950. And since he's willing to pay it, I don't feel guilty... Okay maybe a little. Am I part of the same sick cycle of rent gouging that is turning Brooklyn into an exclusive gated community for the rich and soulless? Would it be so wrong to, say, raise his rent on that little room to $1,400? Daddy could really use a new bicycle now that it's almost spring...

One of the most shameful parts of capitalism is how it turns members of the proletariat against one another by quickly raising the costs of basic goods like housing. While we squabble viciously for the right to overpay for substandard habitations, the rentier class laughs over its hoarded wealth, secure in the knowledge that we're so distracted with our fight for the last dregs of affordable housing that we'll never have time to revolt.

Furthermore, the most depressing aspect of this economic system is the way it induces members of the oppressed class, like yourself, to oppress others, for instance by ripping off your new roommate on the rent, thereby re-enacting the very same oppression that you yourself are experiencing! 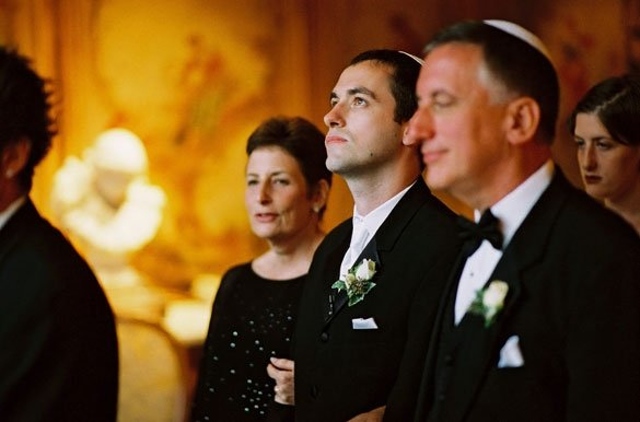 It's important to distinguish basic goods like food, water, and shelter, from other consumable goods and services, like cold brew coffee or HBO GO. The difference is that basic goods have no close substitutes and are necessary to live with dignity, so when the price goes up past what people can pay, their lives becomes unbearable. If someone raises the cost of your coffee past what is reasonable, you can simply switch coffee bars, or start drinking tea. Therefore, if you have somehow stumbled into a deal on coffee, and are reselling it for a profit, perhaps by hanging a sign that says "Artisanal Stoop Coffee," out your window on Bedford Avenue, you are committing no moral crime: your customers can always go somewhere else.

But most basic goods are regulated by the government to prevent price-gouging by individuals lucky enough to possess the good at the time of a shortage. This is the case with the majority of rental housing in New York, through our rent control and rent stabilization laws. As I've explored in this column before, and as Steve Wishnia makes clear in this great Gothamist feature, "without the regulations, renting an apartment here would be like buying batteries during Hurricane Sandy."

As you have discovered, it turns out that price-gouging is not an activity necessarily restricted to landlords: tenants can also do it to their sub-leasees, and it is wrong for the same reasons. Your roommate is willing to pay because he has no other reasonable options—I mean, what's he going to do, move to Ridgewood? That's no kind of life.

Just because it is wrong does not mean that this sort of exploitation is uncommon! Quite the contrary. As I think back on my friends with cheap rents, ripping off the roommates is by far the common native practice in this ethical cesspool we call a city. If you ask them, they'd say something similar to what you did: "I am barely keeping my head above water" and "this guy seems to be doing well," so fuck him, right? Wrong: this is just the kind of self-justifying apologia that someone says when they know what they are doing is wrong but want to do it anyway.

But even if you don't care about your roommate, or ethics of your actions, you should at least care about the effects of your decisions on yourself.

First, exploiting a roommate is illegal if you are enjoying the benefits of rent stabilization. According to Met Council's helpful roommate FAQ, "If you are a rent-stabilized tenant, you are prohibited from charging a roommate more than a proportionate share of the rent. If you have one roommate, the maximum you can charge that person is one-half of the rent—even if that roommate’s bedroom or living area is larger or more desirable, or if they have access to more of the apartment."

My father, noted tenants' lawyer Steve Dobkin, adds: "Landlords often get away with rent gouging, but the Courts love to crucify 'profiteering' tenants. Charging more makes the tenant liable to the roommate for treble damages: three times the amount of any overcharge. At the moment, there is some appellate court authority for the proposition that the landlord can't evict you for overcharging a single roommate, but there’s still a risk of eviction, especially if you turn the apartment into an AirBNB franchise. If the roommate is sharing utilities, meals, whatever, beyond the rent, make sure there’s a separate agreement for those services and get separate payments for them outside the monthly rental share."

Even if you aren't regulated, Met Council continues: "If you live in an unregulated (market-rate) apartment, there are no laws governing the maximum amount of money you may charge a roommate. However, if you charge your roommates a disproportionate share of the rent, it often creates bitterness and hostility. Also, there may be restrictions in your lease." Think about that last part: you know that your roommate is eventually going to find out he's paying 63% of the rent for 25% of the apartment, and at that point, things are going to stop being polite and start getting real.

Sure, he may still pay it, but he's going to take that extra money, psychically-speaking, out of your ass. It might be by rehearsing his thrash-metal band in your living room five nights a week. Or through a gratuitous PDA-session while you're just trying to watch True Detective. Or by cooking some linguine con vongole and then leaving the pots in your sink for a week or two. One way or another, the scales will balance. Or maybe he'll just drop the dime on you at the IRS, who'd probably love to know why you haven't declared a few years of rent-profits on your 1040-EZ.

You get the picture. Sure, you're enjoying that $5,000 extra each year, but it's not worth the guilt, the paranoia, and the heartache it's going to cause. Rather than scheme a way to exploit someone else, why not think of ways to fight the real enemy: the rapacious landlords who are oppressing you. If you're a stabilized tenant, you can do this by enforcing all of your rights under the law: make the landlord fight every time they want to raise the rent, and demand all the services you're entitled to. If you don't get them, organize a rent strike and a housing court case for tenants in your building. And support politicians and not-for-profits that advocate for more affordable housing and protecting the rights of renters. You'll sleep better at night, and our society will be a more just and affordable place to live.

N.B.: I understand that you can't eat self-righteousness. If you're really short on rent-money, consider some other options: economizing (you could probably save $400 a month just by biking to work, cooking at home, and forgoing Starbucks), giving your roommate the bigger bedroom for his greater share of the rent, or at least gouging him less: say $200 max.

N.B. 2: It's sad that human nature seems to reflexively hoard even the smallest advantages. This is why real communism will never work: people just end up trading their advantages privately. But that doesn't mean we can't bring a little more of the generous spirit of fraternity to our capitalist relations, does it, comrades?

#ask a native new yorker
#brooklyn
#housing
#roommates
#williamsburg
#original
Do you know the scoop? Comment below or Send us a Tip