This week's question comes from an Upper West Side resident whose neighborhood is in the midst of an intense public school diversity battle.

I live on the Upper West Side and my fourth grader attends P.S. 199—you know, the school where new Schools Chancellor retweeted the Raw Story headline, “Wealthy white Manhattan parents angrily rant against plan to bring more black kids to their schools.” I’m upset that everyone thinks all the parents at our school are racist (and white), and I’m also frustrated that my and other parents’ concerns about our children’s education are now a misunderstood soundbite.

Most P.S. 199 middle-schoolers go to three middle schools which are predominantly white and the majority of students are testing at a statewide level in English and Math. The Department of Education wants to increase diversity by increasing the number of students who score lower on the statewide tests, from about 10% or 20% lower-performing students to 20% to 30%.

With fewer seats available for higher-performing kids, that means that almost all of the other choices are middle schools where only ~10-30% are performing at statewide level for English and Math. I’m worried that if my child doesn’t get into our first-choice school, it means going to one where teachers will be focused on getting kids to grade level, versus pushing them further.

Yes, my child has been fortunate to attend a great public school with a strong PTA to support its programs. Is it wrong for me to continue to want my child to go to a better school, even if it means a less diverse one?

It’s natural to want to protect your kids, but try to do it thoughtfully, calmly, and with an ear to how what you say might be received by other people in the community. Screaming that “life sucks,” as the lady in that video did, because her child might not get her first choice middle school (potentially), is unhinged, and suggests an achievement obsession that could drive a child crazy. Her kid’s life is actually pretty good no matter where they go to junior high, what with living in one of the richest neighborhoods in the richest city in the richest country in the history of the world, having highly involved parents who care enough to show up at a community board meeting, and already doing well enough in school that they’re getting top grades on the state tests.

So chill out—take a deep breath, step back, and consider the bigger picture. If this policy were actually to be implemented in its current form, which it certainly won’t be with this much community opposition and press attention, there will not be a huge impact. In fact, “based on 1,815 applications last year, the DOE estimates that, if the diversity plan was in effect, 118 families would get into a school higher on their wish list, while 56 would get a less-desired placement.” That’s about 3% of the 5th graders in the district—a small number who could easily be accommodated with some sensible policies we’ll discuss below, and whose inconvenience is certainly outweighed by the community’s interest in seeing its terrible, stubborn segregation improved.

Let’s talk about that segregation for a minute. It’s not hyperbole to say that it’s approaching levels seen in South Africa under apartheid, or Alabama under Jim Crow. You’ve got a few elementary and middle schools that are upwards of 85% white and Asian, middle-class or wealthier, doing 3s and 4s (the best score) on the tests. Then you’ve got the vast majority of other schools in the district, with 90% minority kids, nearly 100% poor, and 90% doing 1s and 2s on the test.

This is not a small problem, and it’s not getting better over time. In fact, as charter schools expand (drawing off the kids of families together-enough to navigate that system), and property values skyrocket (leaving better-off families with less money for private school, and more motivated to get their kids into the high performing public schools), the inequality has gotten worse. 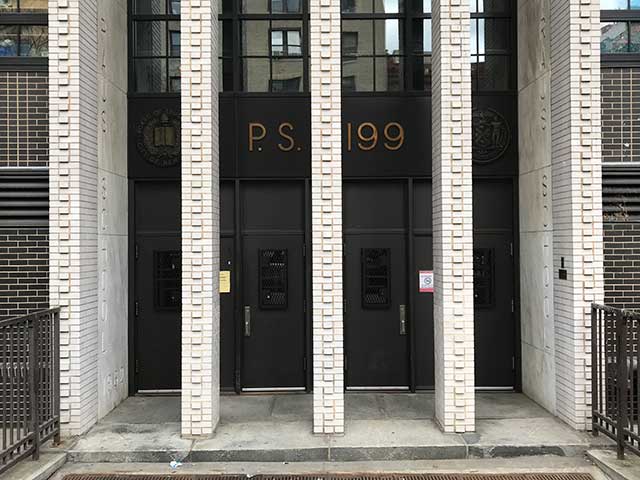 One thing that’s terrible about our country is that we attempt to solve all of our social problems in schools. Maybe because it’s much easier than fixing the really hard underlying topics of generational wealth or housing inequality, which might require passing real progressive tax reform or strong fair housing laws. Instead, we just put all the weight on the teachers and families with school age-children—that’s very unfair, and as one of the first districts in the city to attempt to solve this problem, the blowback is even more intense than usual. You have my sympathies!

There are no simple solutions here. Everyone on both sides of the fight seems to agree diversity is good—that is not something you could say in most cities facing this issue—but that’s about all they agree on. It doesn’t even divide neatly on racial and class lines as it usually does in these fights; because the proposed policy is based on test scores, there is some unusual complexity. For instance, a white family with a kid who performs badly on tests might actually support this policy, and a black family with a kid who performs well might oppose it. It’s even possible that the parents at the poorer performing schools don’t want the wealthier families—for cultural reasons, or because it could endanger Title 1 funding, or just because they don't like the condescending attitude of the potential new arrivals.

The proponents of the integration policy have done themselves no favors by attempting to get this passed by June, and scheduling this change over a single school year, beginning next September. If, instead, they had proposed a phase-in over five years, the families who had gotten used to the current system (and the families who had recently bought apartments with the current zoning in mind) would have realized their kids would almost certainly not be affected, and that would have lowered the volume here. There’s still time to make that change. Yes, it’s unjust that a segregated system persists for even one more year, but forcing change faster than a gradual pace invites ferocious response, and can actually make segregation worse: witness the white flight in many school districts in the South in the 1960s, or the reaction to busing in Boston in the 1970s.

When my parents and grandparents were going to public school in New York, it wasn’t uncommon for large middle and high schools to draw-in diverse populations from a whole district, and then set up specialized (or “magnet”) programs for the more educationally advanced children, and remedial programs for the others. This kind of tracking is no longer as popular, because it simply replicates the community’s inequality within the school, as opposed to between schools, as all the privileged kids get funneled into the honors classes. On the other hand, many neighborhoods have found that without magnet programs you get almost no better-off kids at all. Inclusion classes, where higher performing kids are mixed with lower performing ones, in even ratios, are a middle ground. Adding a couple of these each year at the poorer schools might help.

When it’s your own children involved, it can be very difficult for even a well-intentioned, politically progressive person to live their values. Some neighborhoods, like the Upper West Side, or Park Slope, or the Village, have attracted generations of residents who wanted to live a left-leaning, make-the-world-a-better-place, send-the-kids-to-public-school kind of life. But these neighborhoods have always existed in the real world, with all of its redlining and racial discrimination in housing, and it’s a lot easier to vote, volunteer, and give money to progressive politicians than it is to solve integration by volunteering your child to be the first to join a low-performing school where they might be one of a very small number of students of a different race.

No change will ever start without a few caring (and brave) parents stepping up, but I’m not going to tell another person how they should raise their offspring, or condemn them if they decide that’s not the right move for them. Family must always come before politics—even if that means going against your ideals, even if it means making a decision that people not standing in your shoes might find hard to justify or understand.

There are many positives for a child about going to a more diverse school: building resiliency, gaining cultural intelligence, learning how to relate to people from different backgrounds, and these are all very important skills for surviving in the 21st century. But if, after considering the situation from all angles, you decide it is simply the wrong move for your kid, go with God—find another way to make the world a better place.

That could start by telling your neighbors not to behave like jerks at these meetings. Maybe set an example by staying calm and positive, and speaking in favor of some of the solutions outlined above, instead of focusing so much on the problems. Or tell your friends that screaming like a crazy person is really demeaning to the students at the other schools and just gets you, your school, and your neighborhood on the news looking racist, and who wants that?