Ask A Native New Yorker: I'm Dreading Winter & Scared It Might Break Me

This week's question comes from a man who's recently relocated to New York from Florida and is worried about winter, which is understandable considering what we endured last year.

I just moved here from Florida and everyone is expecting me to shrivel up from starvation and die in a corner once winter comes.

What is winter? How do I survive?

Your friends are right to worry about you! I'd advise stocking up on some long-johns, vitamin D, sun lamps, and books about seasonal affective disorder, because shit is about to get very real for you here. 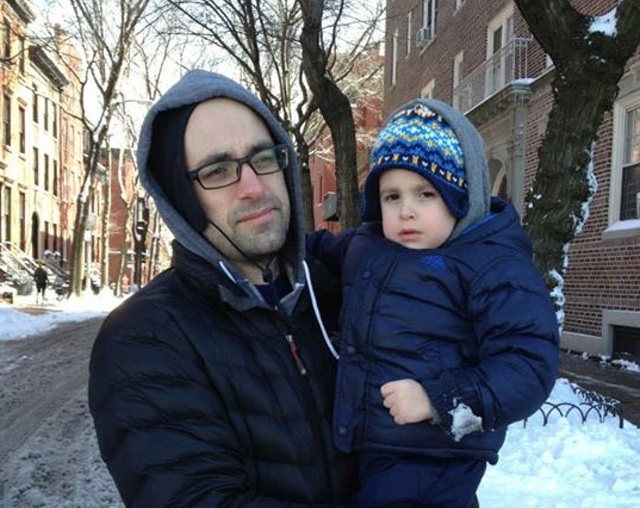 I was reading a book this week about prehistoric evolution, and one of the chapters talked about how humankind was forced to adapt new genes and behavior by the last major advance of glaciers 22,000 years ago. That forced all the hunter-gatherers then living in Europe down towards the Mediterreanean, where they fought and "mixed" with the people already living there. When the glaciers retreated, the hardy folk who survived began moving north to repopulate Eurasia, eventually leading to the development of more advanced civilizations.

In this scenario, you are the happy, weak forager living on fresh fish by the ocean, and we native New Yorkers are the grizzled, winter-toughened, rapacious cave men from the north. While you shiver in your apartment all winter, barely clinging to life, we shall be drinking your beer, taking your table at your favorite restaurants, and mating with your girlfriend.

This is simply natural selection at work! Our hardy stock has been bred from ten generations of immigrants—only the toughest of whom survived the vicissitudes of travel from the old world and settled here. Many died of TB in overcrowded tenements, or froze to death huddled under bridges, or moved to the suburbs before they could breed. But those who did survive bequeathed to us, their descendants, a strong blood, thick like antifreeze, and hot with the rage of 400 years of smelling these filthy streets. Winter is easy for us! 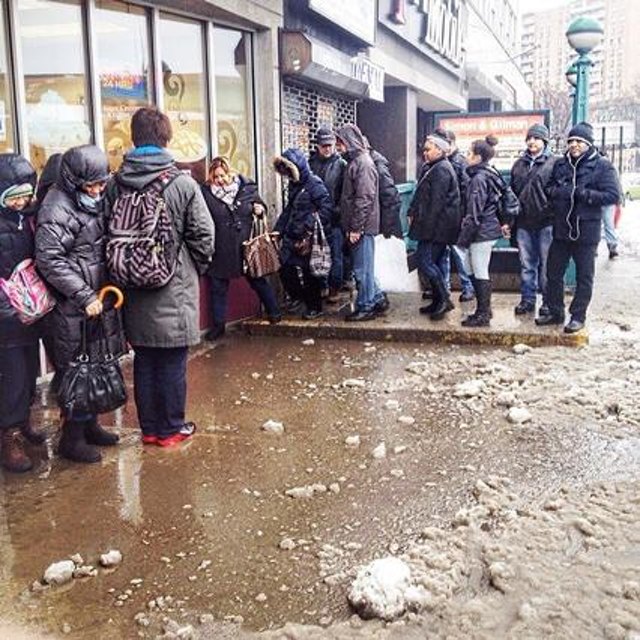 Why, in my youth we didn't even call it "winter" until the blackened snow topped ten feet, and all the garbage can lids had been stolen for sledding down the frozen streets. It was "late fall" until then. There was no gourmet Jaques Torres hot chocolate, either—we were lucky to find a pack of Swiss Miss, and most of the time you had to just pour it into your mouth with no water.

You couldn't walk a block without getting hit in the head with an ice-ball—you felt lucky if there was an inch of snow wrapped around it to cushion your skull. And of course the little white kids like me had it the worst: we had to wear three layers of North Face vests because we knew we were going to get ganked at knife-point when we rode the subway in the morning, and then again when we came home at night!

And those are the happy memories! Have you ever stepped into a shallow puddle, only to find yourself suddenly crotch-deep in icy sewage water? Or gone tits-over-ass on some black ice right in front of a crowd of amused passersby? Or caught one of the Ebola-strength super-colds that colonize our subway poles every December?

Most likely you've already stopped reading this letter, and clicked over to Expedia to buy your ticket home to Tampa. If you haven't, I salute you: it's unlikely that you will survive, but if you do, you'll gain many things, not least of which is the grudging respect of those of us who do this every year without a second thought. There's also the wisdom that comes with watching the passing of the seasons and the insight it gives into your own mortality, and compassion that comes from realizing the fragility of all things that live.

Or, I don't know, some people actually like the taste of roasted chestnuts, even though they're disgusting. Here's a guide to the best fireplace bars in town. Maybe you can look forward to that and some ice-skating?

#advice
#ask a native new yorker
#seasonal affective disorder
#weather
#winter
#original
Do you know the scoop? Comment below or Send us a Tip