Ask A Native New Yorker: How Old Is Too Old To Have Roommates?

This week's question from a Prospect Heights woman who's wondering when you're too old for roommates.

I have a full time job, I'm good with my money and I STILL can't find an apartment I can afford on my own in a neighborhood where I'd feel safe (nothing fancy—I'm aiming for West Crown Heights).

Two questions for you: In a city with ridiculous rents is it even feasible to live independently? And how old is too old to have roommates?

You should never live alone in New York, ever. Solo homesteading is terrible economically, psychologically, and ecologically. In a sane society, it would simply never be allowed.

First, the economics. To state the obvious, many things in New York are expensive, but our housing is insanely, absurdly, ridiculously expensive. You don't hear about people leaving New York because of the high price of cab rides or groceries. It's always housing costs that send them packing. Only a crazy person would take on that obligation by themselves when they could split it with roommates or family.

Speaking of crazy people, there is a reason they use solitary confinement as a punishment in prisons: humans are social animals, and we get nuts quickly when deprived of regular social contact. Sure, you might think you get enough conversation at the office, but you are wrong. There is a reason that the biggest psychopaths in New York fiction live alone. Think of Patrick Bateman in American Psycho or Carrie Bradshaw in Sex and the City: Isolated in their one-bedrooms, sinking further and further into self-absorbed insanity. How many crazy cat ladies or Colliers gentlemen have roommates? The answer is none. 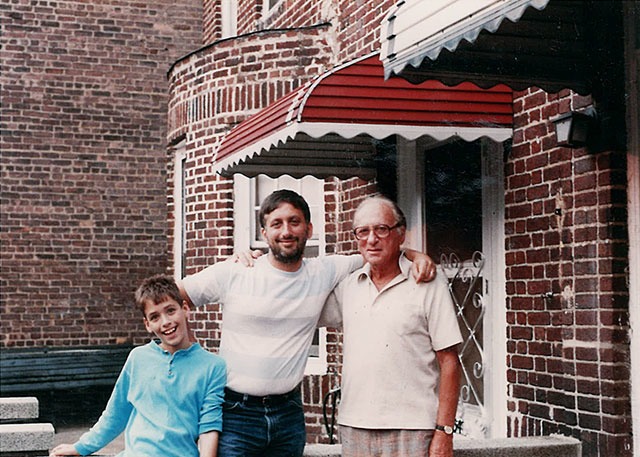 But perhaps you think you are built of stronger stuff mentally. Maybe so, but you should still consider the effect of your decisions on others. Environmentally, living alone means consuming more, not less. As you sit on the couch, blankly staring at The Big Bang Theory and attempting to ward off your creeping sense of ennui, or as you lie in bed alone, contemplating the cold, empty future, you are using more furniture and electricity than someone who lives with others. As you unwrap yet another Trader Joe's Individual Pizza, you're creating more waste than people who live together. Think of the categorical imperative: if everyone did this the world would be even more terminally fucked than it is already.

E.B. White famously wrote that "on any person who desires such queer prizes, New York will bestow the gift of loneliness and the gift of privacy." But in all the time I've lived in New York, mostly in small spaces with roommates or family, I've never had much privacy, and because of that, I've almost never felt lonely. Sure, I've found other ways to get depressed, but I've always felt grateful for the company of my housemates, who've helped lift me up when life put me flat on my ass. Those hard times would've been much harder if I'd lived alone. Some of the kids I grew up with in Brooklyn are taking this advice to its logical conclusion and actually moving back in with their folks now that they have kids. That increasingly seems to me like a smart thing to do.

Loneliness is unzen. Buddhism says we're all connected and feeling cutoff from others is stubborn and painful illusion that you must fight diligently to escape. Living alone makes this much more difficult. Why would you want to pay more for something that's just going to make you feel worse? Another Buddhist instruction is "meditate on anything that causes resentment." Roommates are great for this! Like when your roommate buys one roll of toilet paper and then leaves a receipt for $1.50 on the bathroom counter with a note that says "Just need 75 cents :)"

Meditate on the anger that creates. If you're unprepared for this level of wisdom try to find an apartment where the bedrooms are pretty separate, and interview your Craigslist roommate candidates carefully for chillness. You'll still gain wisdom from living together and dealing with them.

N.B.: Some of you will probably disagree with this advice, as it goes against the prevailing (and I believe, destructive) character of America's "stand alone" individualism. This is a good time to remember that New York is really a Dutch colony, founded on more collectivist values.

N.B. 2: Or meditate on similar advice from that wise sage Tom Petty. He sang: "I used to live in a two-room apartment / Neighbors knockin' on my wall / Times were hard, I don't wanna knock it / I don't miss it much at all / Oh yeah I'm alright I just feel a little lonely tonight / I'm okay, most of the time / I just feel a little lonely tonight." If Tom Petty gets lonely living alone, how do you think you're going to feel?

#ask a native new yorker
#roommates
#original
Do you know the scoop? Comment below or Send us a Tip