Ask A Native New Yorker: How F*cked Is NYC If Trump Wins?

This week's question comes from a New Yorker who, like many, is experiencing mounting dread, anxiety, and horror at the looming possibility that noted sociopath Donald J. Fucking Trump will in fact become President of the United States and Commander-in-Chief of the armed forces.

I wrote to you back in December about my concerns that Donald Trump might win the election. You offered some consoling words which helped for a time, but over the last few weeks my anxiety over Trump's chances has come roaring back. It's really becoming a problem—like to the extent that I'm having trouble thinking about anything else. Is there anything else you can say to calm me down?

I think no matter how much equanimity you have, this has been a tough few weeks for good humans everywhere. I'm sure even really centered people like the Dalai Lama saw that video of Hillary Clinton fainting and screamed, "Holy shit we're doomed!" The difference between them and you is just that after a few moments of panic, the very wise collect themselves, focus, and get on with what needs to be done.

Stoicism under great pressure is one of the key virtues of real New Yorkers. I'm thinking here of all the people in Chelsea this weekend who heard a bomb go off and then went right back to drinking at the local bars, or those two guys on 27th Street who, after opening a roller bag with a pressure cooker, wires, and a phone inside, said, "Fresh, free luggage!" and dumped the bomb, accidentally disabling it. Or all of the cops and FBI agents who ran to the scene and had this guy in custody in what, 50 hours? I haven't felt this proud of our neighbors since the days after 9/11!

A lesser city might have panicked and shut down—not us. We also refused to let any potential strongmen pander to our baser instincts for political gain: Hillary is still hovering around a 98.1% chance of New York victory on 538. No, we saw this weekend's events for what they were: just another numbskull wannabe jihadist failing utterly in the face of New York preparation and resolve. If there's any lesson to be drawn it's just that Ebay shouldn't sell ball-bearings and gunpowder to people without double checking they haven't also recently bought pressure cookers. But for New York, it's carry on as before.

So be like our neighbors in Chelsea and keep a stiff upper lip. Sure, this is a close election, but Hillary is definitely probably going to win. Despite unpredictable events (pneumonia, terrorist strike, Jimmy Fallon fellating Donald Trump on NBC), Hillary is still leading in all the poll-tracking sites and betting markets. This was always going to be a tough race—we live in a very divided country, Hillary is not a perfect candidate, and Donald Trump has clearly tapped into a reservoir of anger that both parties let build up for at least thirty years.

(The Republicans, of course, deserve the vast majority of the blame- first for the Southern strategy, which stirred up white rage, second for advancing policies that immiserated the working class in order to enrich the wealthy, and third, for losing control of the mob they created to Trump.) 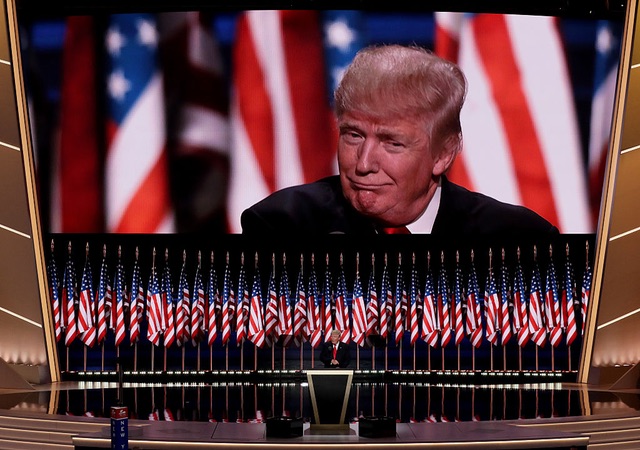 I think Hillary is on the upswing, though. She's far more prepared for the debates than he is, and long, one-on-one appearances allow for a lot of followup questions—exactly the kind of detail-oriented stuff Trump hates. When he falls back on invective, he'll be walking right into a trap: the independent, female centrist vote he absolutely must win is going to be real turned off when he shows America exactly what sexist bullying looks like in the flesh. And the longer he stands up there, acting alternatively incoherent and thin-skinned, the more normal Americans, who are just starting to tune into the race, will begin to question whether this disgusting, unstable racist is the best guy to get the nuclear codes.

But what if that doesn't happen? What if Hillary collapses on stage? What if none of the dozens of hard-hitting articles tearing Trump down every day for his venality and corruption find an audience? What if no moderate Republicans like G.W. Bush take a stand, because they believe Trump is a controllable, petty tyrant in the style of Italy's Berlusconi, and it's worth taking a risk on Trump if it means regaining control of the Supreme Court? What if everything breaks exactly Trump's way and he skates his narrow path to victory? What then?

Of course it will be bad. Particularly for the weakest and poorest amongst us—immigrant kids who will get deported, Bald Eagles whose nests will be ripped down to strip mine coal, women in conservative states who will lose their right to an abortion, all sixteen million people who got health insurance on the ACA and will now find themselves once again without it. That'd all be locked in the day Trump assumes office, and doesn't even consider a range of less probable (but still possible) events like a post-Brexit financial meltdown, an emboldened Putin invading Eastern Europe, or yes, Donald Trump launching all of our nukes because some world leader made a joke about him on Twitter. 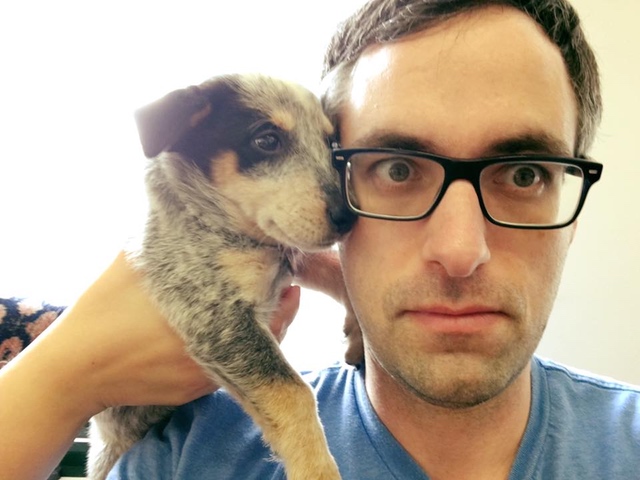 What about New York City in particular? How will we fare? Obviously if the nuclear card is played, we're all dead, but presumably that won't happen, because Trump's family and precious buildings are mainly located in New York City, and he clearly loves one or both of those things. No, I'd say we're looking at a Moscow-under-Putin type situation: New York receives an unexpectedly large infusion of federal funds, which somehow end up in the pocket of friends-of-Donald, while the free press, which is largely headquartered in our city, finds itself slowly strangled to death with libel attacks and other oligarch-style dirty tricks. (Don't weep too much for us—most journalists I know would treasure the opportunity to go down fighting an evil regime.)

Of course, all the while the sea will keep rising, faster than ever, because of Republican climate change denial, so whatever plutocrat-friendly skyscrapers do get built during a Trump regime will not last too long.

It's not all bad news! Remember: the arc of the moral universe is long, but it bends toward justice. Any Trump victory would necessarily entail a strong counter-reaction, beginning right here in America's most liberal city. As Trump enacts his policies, and attempts to drag hundreds of thousands of our neighbors out of their homes, plenty of people are going to stand up and fight back. At the next election, the full New York state government will go blue, and probably stay that way for 100 years. Other states will follow, and there's a good chance the Democrats will soon be back in control of one or more branches of the federal government. Not soon enough to stop Trump from enacting a lot of his policies, but soon enough to begin the long, hard work of rolling them back. (Assuming, of course, civilization and American democracy survive Trump.)

But like I said, I don't think this dystopian future is going to come to pass. Allow me to share one more reason for hope. New York is always ahead of the national curve. Trump got famous here before anywhere else, and he became a laughingstock here before anywhere else. New York is probably a decade or two in front of the rest of the country in terms of diversity, humanistic-approaches to public policy, and the fight against inequality—but sooner or later, where we go, the country always follows. There have been so many times (the Civil Rights movement, the fight against the Vietnam War, etc.) where the rest of the country had to go through a reactionary lurch to the right before it eventually came around, but who's to say that this time the cards might not break our way? Let us pray!

N.B.: The best way to make yourself feel less anxious is to get off your ass and start organizing. You don't even have to get off your ass—you could just shift slightly, take out your credit card, and donate as much as you can afford to Hillary's campaign. Then encourage your rich New York friends to give even more. Then sign up to phone bank or canvas in Pennsylvania. You'll feel better if you stay busy for the next 46 days!

#advice
#apocalypse
#ask a native new yorker
#donald trump
#nightmares
#why god
#will it end this way
#original
Do you know the scoop? Comment below or Send us a Tip