Ask A Native New Yorker: How Do You Deal With Jerks Who Diss NYC?

This week's question is from someone who doesn't understand why people gotta be harshing on New York all the time.

How do you deal with non-New Yorkers saying shit about the city? When I visit other places, I often encounter people who range from cab drivers to members of my extended family who like to say things like "I would visit New York, but I would never live there," or "Is your apartment like a jail cell?" (actual question), etc., generally said with a sneering tone.

When visiting other locations, I don't say things like, "Podunk, what a cow town, why would you live there?!" Why do people think it is okay to be totally rude about New York?

The Buddhists say that you should "meditate on whatever provokes resentment", and then "drive all blames into one", which is to say, blame your own lack of zen or equanimity for whatever upset you feel, instead of the poor cabbie or country cousin who was the proximate cause.

This can be very hard to do! Especially when you've just gotten off a flight in some fifth-rate city and all you want to do is take a cab to your hotel and crash, or when you were nice enough to fly all the way out to Kansas for Grandma's funeral, and you've got to deal with these distant relatives who have never been outside Johnson County.

Begin by attempting to summon up sympathy for whichever poor bastard has been prattling on: they've probably never even had the opportunity to visit NYC, while you have the privilege of living here! Their opinions on our city are meaningless—they know not of what they speak. If you started dropping some ill-informed science on wheat farming or whatever, they'd probably smile politely and change the subject, in that sweet Midwestern way they have. You should do the same.

What you should not do is get your New York attitude on. Do not lecture them about our many landmarks and museums, or our latest culinary innovation. Do not speak of our great ethnic diversity, variety of high-paying industries, or comprehensive social safety net. These things will not impress them—if they did, they'd probably have moved here already. Communication is only possible between equals, and on this subject you are not equals. 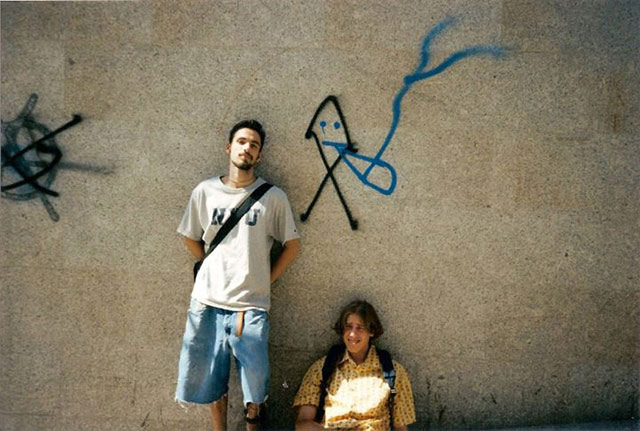 Epictetus, the great Stoic philosopher, offers some advice about what to do next: "Remember that it is not another who reviles you or strikes you, who insults you, but it is your opinion about these things as being insulting. When then someone irritates you, you must know that it is your own opinion which has irritated you. Therefore especially try not to be carried away by appearance. For if you once gain time and delay, you will more easily master yourself."

By "time and delay", I think he means try discussing something else, like the weather, or if that fails, staring moodily out the closest window, to avoid getting into a classic New York screaming match and reinforcing their preconception about the kind of people we are. If this is hard, try to remember: you're from New York, so they're going to think you're an asshole no matter what- this will relieve some of the pressure you feel to win the argument.

This advice is well-illustrated in a scene from another deep source of wisdom: Season 5 of Sex And The City. In "Anchors Away", Carrie encounters an attractive sailor, played by noted character actor Daniel Sunjata:

Louis Leroy, USN: I have to say, this is my first trip to New York. Not for me. The garbage, the noise. I don't know how you put up with it.

Louis Leroy: Wait. Going home all alone? It's rough out there.

Carrie: It isn't so bad.

Carrie (voice-over): If Louis was right, and you only get one great love, New York may just be mine. I can't have nobody talking shit about my boyfriend.

In conclusion, it is zen to suffer fools lightly, and to show kindness to people who live in less cool places than New York. But you don't have to sleep with them, or give them a big tip if you're riding in their taxi. Namaste.

NB. A surprising number of past questions in this series are about tolerating jerks. In our busy, compressed city life, all of us will encounter jerks occasionally, and irritation is a normal response. But if you find yourself surrounded by jerks all the time, consider the theory that you might actually be the jerky one.