Ask A Native New Yorker: How Do NYers Deal With The Inevitability of Death?

This week's question comes from a New Yorker who has mixed feelings about subway grates.

What is the native New Yorker's opinion on walking over the subway grates that pervade our streets? I am of two minds about it. On the one hand those things are clearly scary. Below is nothing but a chasm filled with fast moving trains, and as New Yorkers, we know that the subway infrastructure is crumbling around us.

When was the last time those grates were checked for stability? Probably 1957. On the other hand, New Yorkers don't have time to walk around every subway grate, there is just too many of them, and really, have we ever actually seen someone fall into one of those things? So what is the consensus? Do you try to avoid walking over them if you can?

Sincerely,
A guy who secretly kind of likes the warm subway air vents on a cold winters day

Like most natives, I avoid walking on subway grates. Not because I believe that there's an imminent risk of collapse; they seem built of fairly sturdy metal bars, and are usually cemented in at the edges. Manholes, basement gates, and subway emergency exits: those are the holes you should be worried about. They're meant to open, and the only things protecting you from falling into their gaping maws are a thin piece of caution tape, your New York street sense, and the grace of God. 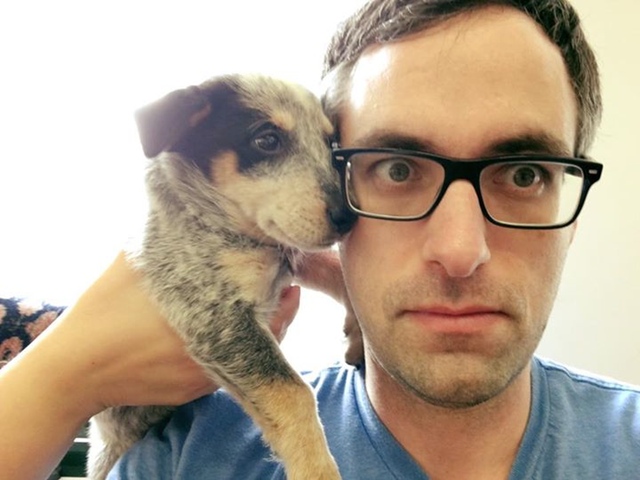 No, I avoid them because that "warm subway air" you enjoy is lofting about 50 years of rat dander and pigeon poop dust right up into your face, and I prefer to avoid histoplasmosis. Also, the grates can be slippery and if you've ever fallen on one, you know that's a waffle-shaped bruise that you don't want to get again. Finally, you don't survive here for long if you take unnecessary risks—I'm not saying it's likely, but what if today is the day that a century of dog piss and acid rain finally does rust through that steel? Who wants to spend their last seconds of life neck deep in cigarette butts and garbage?

Do New Yorkers fear death more than other Americans? Yes, of course; we have much more to live for, and thus much more to lose. You die before your time in Cleveland, what have you really missed? Some dispiriting Browns games? But here, just think about it—an early demise could cost you thousands of delicious bagels, dozens of trips to our world-class museums, countless years left on rent-stabilized lease renewals. I believe it was Marcus Aurelius who wrote "It is not death that a man should fear, but he should fear never beginning to live... in New York City."

Also there are just a lot more ways to die here than in most places. If you live on a farm in Kansas, you just don't have to worry about getting hit by a taxi, a bus, a Chinese Food delivery guy doing 65 mph on an electric bike, etc. In most towns, where the tallest building is three stories high, there's probably a much smaller chance of having an air conditioner or scaffold joist dropped on your head. And given that most American cities don't even have subways, and we have about 300 more stations than the next largest system, your risk of tripping or getting pushed in front of a train by some psychopath is just realistically much higher here than anywhere else.

Still, take heart. According to the morbidly fascinating NYC Summary of Vital Statistics, you're twenty times more likely to die of heart disease or cancer than in an accident. And even when you're talking about accidental death, it looks like you're about twice as likely to get off'd in a drug overdose than in a fall. So step one for living a long life is getting off the heroin, rather than avoiding subway grates.

Are you still worried about death? Let's talk about that. Most people seem to have two kinds of concerns about their final destination. The first is simpler: it's a fear of the actual moment of death, which you might fear the way you fear being sick or in pain. This is a misunderstanding. All the way back in 300 BC, Epicurus wrote "Why should I fear death? If I am, then death is not. If Death is, then I am not. Why should I fear that which can only exist when I do not?" Trust me, when the Grim Reaper finally comes for you, probably in the form of an Access-A-Ride bus mowing you down on First Avenue, you won't be there to experience anything. Because you'll be dead!

Second, you might have a more existential sadness about the discontinuation of your unique, and probably occasionally enjoyable life. Here I suggest adopting the Buddhist view, which is that the unitary self that you think you've been experiencing is just an illusion—you've been dying every second of your life. Stop clinging to something which doesn't exist.

You could also meditate on the nature of time. A lot of mystics and physicists agree that its passage is another illusion, and that every moment is an eternal part of a static four dimensional universe. So the "you" that exists this moment, thinking about "your" self, might always exist, and the moment of "your" death might actually happen to another "you" in a different spot in space-time—and that's "their" problem, not "yours."

Wow, that got so deep I literally forgot what I was talking about. I think the real message here is to take off your earphones and stop texting while you walk, because he who stays alert is he that don't get hurt.

N.B.: If you've got a family, consider buying a lot of life insurance: when that piano does fall on your head, they'll feel a lot better knowing you took care of their material needs before you got smushed.