Ask a Native New Yorker: How Do I Cope With Bedbugs?

This week we have two questions from locals struggling to cope with bedbugs.

I've been living in a two bedroom, rent stabilized apartment in Chinatown for 3 years. The building is old and things are falling apart but it's in the heart of downtown and cheaper than Bushwick. Recently, a close girlfriend of mine, who often stays the night at my place, informed me that she has bedbugs. What are the odds she's brought them to mine during our pizza-slumber parties?

And even worse, my building won't do anything for prevention. She suspected she had bedbugs and did nothing about it for months. Now she may have infested my apartment and building. What's the right course of action here? It's going to cost me thousands of dollars to eradicate the critters. Do I ask her for help? Do I scold her for keeping this information from me. What do I do?

I have been living in Brooklyn for three years now. Almost two years ago, the apartment I was living in (I have since moved) was struck with bedbugs—they came in the belongings of a well-intentioned, but completely oblivious new roommate. It was, as you might have heard/experienced, completely awful. In addition to having to wash and dry every cloth-covered possession on super heat, and putting everything into sealed plastic bags for 3ish weeks, we also got in a huge, stressful debate with our slummy landlords about paying for extermination. That coupled with the ever-lingering fear that the bugs might not get truly exterminated after a complete treatment AND with the social stigma surrounding getting a bedbug infestation in the first place made the entire experience pretty horrific.

Since that time, I have been experiencing symptoms that can only be described as a mild PTSD. A couple months ago, I saw marks on my bed and was completely convinced I had them. I made and placed bedbug catchers around my bed, checked every item of clothing I had and the walls in my room, sent pictures in to the local exterminator, and cried to my current roommate (who has since made up a song about my worries). The exterminators said that what was on my bed was most likely dirt, and that I should calm down, but I just don't know how to do that.

Recently, when I was out of the country and woke up with some weird bites, my first thought was of bedbugs; while it didn't ruin my vacation, it definitely gave me something to worry about in what otherwise would have been a carefree time. I check for signs passively or actively most evenings, even when I have no bites and no reason to think there's anything wrong. I know many other people get them, have a terrible experience like I did, and then see it as nothing more than a bad memory that they can ignore, but I can't seem to do that. Can you give me some advice to get over this and enjoy my otherwise decent New York life?

You have my profound sympathy! There is no worse New York affliction than bedbugs, except maybe getting hepatitis from stepping on a rusty syringe at Coney Island, or slipping on garbage right into the path of an MTA bus, or dying of rabies after your cat gets bitten by a Brooklyn raccoon. Actually, now that I've been thinking about it, there seem to be a lot of things that are worse, so buck up, friends. Here, as in all tough spots, it only takes a few minutes of meditating on how things could be worse (like think how many people in Syria would love to have bedbugs, if it meant they could have beds!) to turn things around.

Another reason for hope: the bloody bedbug wave appears to have crested in NYC in 2010, and the situation (for humans) has improved so much in the intervening years that just last week the Wall Street Journal was warning of a spike in bedbug-sniffing dog unemployment. In May, the city reported a 50% drop in bedbug complaints compared to three years prior. Some of that is due to changes in the law which now force landlords to report bedbug infestations to prospective tenants (and exterminate apartments adjacent to infestations), new requirements that all mattresses be wrapped in plastic before they're tossed on the curb, and a general heightened vigilance about the problem, which prevents big outbreaks by exterminating the pests before they have a chance to breed. 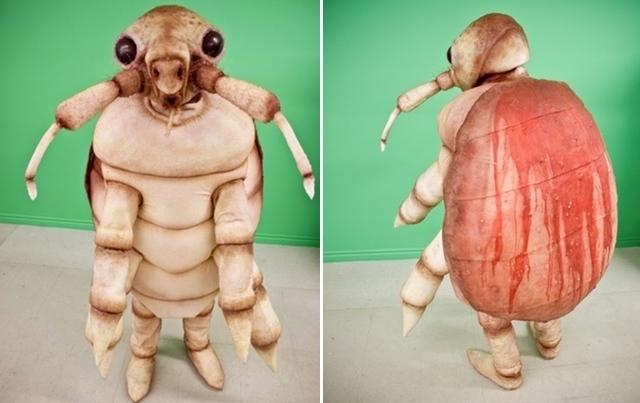 The whole city still has a touch of the bedbug post-traumatic stress disorder, though; witness the hysteria that just a few dozen reports of bedbugs on the subway have generated over the past month. These are the same subways that have been crawling with rats for a hundred years, and where literally every surface has been doused with urine or other human effluvia sometime in the last 24 hours. There is something about bedbugs that seems worse than all that: I think it's the idea that you can be infested without knowing about it—like with cooties—and since it's a silent, invisible threat, there's no way to defend yourself, and no object to attach your paranoia to, so it just swells until you basically refuse to touch anything and start researching "full body condoms" on the internet.

It's this paranoia that makes bedbug victims uneasy about telling their friends. Sure, in a perfect world, you'd realize you've been bugged the second you get the first bite, and then immediately strip naked and run out of your apartment until it can be thoroughly cleansed or burnt to the ground or whatever. But that's never what happens. It takes weeks before people figure out that they don't just have an allergic rash or mosquito bites, and by then they've already brought the bedbugs over to their friends' houses, their office, and the train they take to work.

What would you do in this situation? Obviously, you'd be completely forthright and honest, announcing loudly to all your friends and colleagues and Facebook acquaintances "I HAVE A VERMIN PROBLEM," right? Wrong: like everybody, to avoid being treated like a leper, you'll keep it quiet and when your friends get infested, you'll let them believe they got it from the apartment next door. In some neighborhoods, like Chinatown and L.E.S., there's at least a chance that's what really happened, right? Right?

For the same reasons, unless you've got rock solid evidence that your friend infected you, the bill for cleanup is your problem (or your landlord's). If the chain of causation is just "my friend recently had bedbugs and visited my apartment and then weeks later I discovered I had bedbugs," there's still enough deniability for your friend to have every right to refuse to pay, and after all, hasn't your friend already suffered enough? Like paying for one bedbug eradication is bad enough, but having to pay for a second one, in an apartment you just visited a few times... that really adds insult to injury. Likewise you are only free to scold her if you can demonstrate that you yourself haven't passed the bedbugs on to anyone else. Let she who is demonstrably bedbug-free cast the first stone! 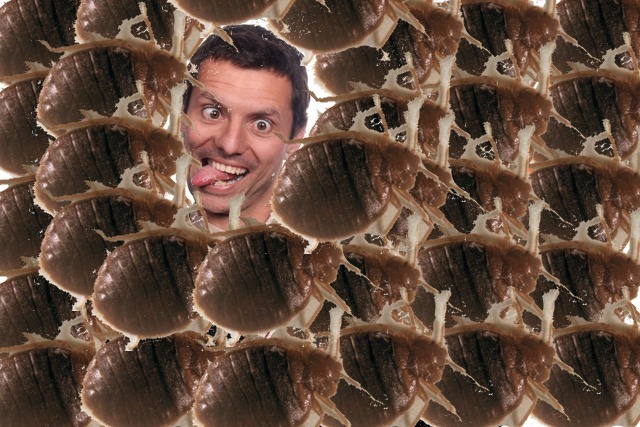 What about the PTSD after you've dealt with the infestation? For me, this really comes back to the Problem of Evil: how could an "omnipotent, omniscient, and omnibenevolent God" allow bedbugs to exist? The typical answers of Western philosophy seem unsatisfying here: either denying that such a God exists, or positing that bedbugs are the rightful reward for our sinful nature, or saying that bedbugs are the price for human free will, in that we can choose to be infested or not by our varying levels of cleanliness (which seems manifestly untrue), or that we live in the best of all possible worlds, and by removing the bedbugs God would necessarily have to increase the prevalence of some other affliction to keep the cosmic balance intact, or that God is ultimately unknowable and bedbugs are just one of many reminders of this fact.

For better results, I suggest an embrace of the Buddhist teaching on this, which is that bedbug suffering only arises from a neurotic clinging, both to things (like all your stuff, which you could just toss heroically into a dumpster, beginning a worthy life of ascetic minimalism) or to ideas (like the idea of yourself as someone who isn't crawling with blood-sucking insects). Further, the Buddhists would say that there is never a more perfect time to wake up to this truth than right now, as you scratch your bedbug sores. Allow the pain you are feeling to open your heart to the suffering of all people everywhere (especially other bedbug victims, in New York and in all places in this disgusting world), and you will find that your mind will return to a more serene, balanced place. You'll still probably be itchy for a while, though.

N.B.: There are many bugs in NYC that have six legs and are not bedbugs. Beetles, for instance. Before you flip the fuck out, you should really consult a competent exterminator or entomologist. Here, we interviewed one for you. Sleep tight!

#ask a native new yorker
#bedbugs
#original
Do you know the scoop? Comment below or Send us a Tip