Ask a Native New Yorker: Can You Save A Parking Spot?

This week's question comes from a local who wonders if it's cool to save a parking spot.

I depend on my bike to get around town and as a result rarely, if ever need to worry about finding a place to park it, but every once in a while transportation of the 4 wheeled variety is needed.

Furthermore, I sometimes have friends and relatives visit me by car and always try to help them find them a place to park as close to my building as possible. Sometimes they'll give me a heads up that they're close to my building and I'll meet them on the street as they arrive. When I see an open parking spot I'll even stand in it a minute or two before they pull up.

This has never actually happened to me, but I've always been curious if you can "save" a parking space in this way. What if another driver came up and wanted to park? Could I refuse their request?

It was Ecclesiastes who wrote "the race is not to the swift or the battle to the strong, nor does food come to the wise or wealth to the brilliant or favor to the learned; nor parking to the asshole standing in the street or the dick who puts a chair there or the schmuck who thinks he owns a piece of a public pavement because it's in front of his apartment building, but time and chance happen to them all." 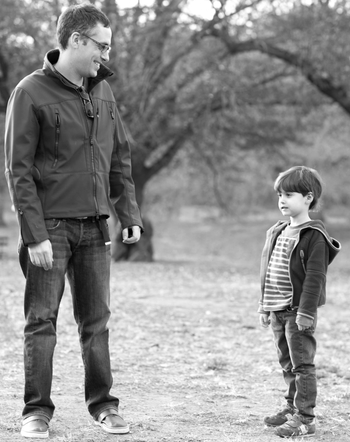 That means it's wrong! Parking is supposed to be distributed at random, like cancer or getting stabbed by a homeless guy; attempting to tip the scales of fate in your favor is tempting fate, and will certainly lead to bad karma, as I will explain in detail below. But this is obvious! Imagine if everyone held spaces—there'd be no parking at all and you'd spend all your free time desperately defending your 30 sq ft patch of asphalt.

The degree of wrongness is based on how long you hold the space (five minutes is probably the moral equivalent of littering, but you do it for two hours and you're definitely going to the garage ring of Hell), the weather (if it's a blizzard and you shoveled the space out, and only moved the car because you had to take your child to the hospital, some people might let you off the hook), and who benefits from your selfish act (saving a space for an elderly or infirm driver is better than holding one for your healthy friend who is more than capable of walking the three blocks to Riverside Drive, where I know for a fact that you can always find a space if you look).

Of course, anyone who's ever had responsibility for a car in New York knows morality goes right out the window after you spend 30 minutes or more looking for a goddamn space—by then you're just about ready to block a hydrant in front of the local orphanage and let God sort it out. So it's not surprising that holding spaces is widespread; as you note, the most common technique is the "half-space" thing, where one person takes up two spaces and then moves when his friend arrives. There was a whole organized parking cabal in my old apartment building in Brooklyn Heights that did this every week after Alternate Side expired.

They could get away with it, though, because it was a peaceful neighborhood and they knew everybody on the block, and several of the guys involved were very large. You, I don't know... if someone asks you to move, you need a certain swagger to pull off refusing, and there are plenty of blocks, even on the Upper West Side, where a refusal is going to lead very quickly to someone coming back with a screwdriver to take out all four of your tires. I guess you have to ask yourself, do you feel lucky, punk?

Politically this dilemma is a classic tragedy of the commons. By underpricing or leaving unpriced most parking in the city, our local government has encouraged people to own too many cars (because you can get free spaces!) and attempt to monopolize pieces of public land (because the overabundance of cars leads to a shortage of available spaces, and who wants to drive around looking for one if you don't have to!)

The simplest way to resolve this problem would be variable price meters on the busy avenues, like Broadway, which adjust automatically to usage throughout the day and year, raising or lowering prices until five or ten percent of the spaces are always open. You'd also want to require reasonably expensive parking permits on all residential streets, to discourage people from keeping cars if they don't really need them, and use the money gained to fund more mass transit to further reduce the need for cars. Both fees could be reduced in areas where mass-transit has not yet penetrated, so as not to unduly burden the poor.

Technology will also help: as Uber and its imitators expand, and eventually adopt Google's robotic self-driving cars, it'll become less and less necessary to own a vehicle anywhere (even outside the city!) In twenty or thirty years, I'd be surprised if anyone except the very rich or the very car-obsessed bothers to own a private vehicle anywhere in the city except Staten Island and far Eastern Queens. A swarm of fifty thousand robot cars will just hover around all the time, never needing to park for long, and we'll be able to take back most of the public space we currently waste on parking, and give it back to its true and rightful owners: our noble pedestrians and bicyclists.

Until then, try to be generous of spirit by not holding spaces. Remember: it is zen to share in the suffering of your fellow parkers by circling the block a few times!

N.B.: In a future column, we'll consider the ethics of saving movie theater seats for tardy friends. But in general, the rule-of-thumb is, you may save an adjacent seat for up to 15 minutes, but if you try to spread three jackets over seven seats, you’re asking for a tub of popcorn dumped on the head.