Ask A Native New Yorker: Can I Smoke Weed Outside?

This week's question comes from an East Harlem resident who wonders if he should feel bad about doing a J in public.

How bad should I feel about smoking my Jane in public? Even if I'm not in anyone's immediate vicinity?

I've lived in New York City since college, residing in East Harlem since 2011. I know what the law says and I've been ticketed a couple of times by NYPD for indulging in public. I've never given an officer reason to arrest me or seek harsher punishment. We've simply talked it out and I've admitted my wrongdoing in the times I've been caught.

I've been thanked by said officer for being courteous and respectful and not giving him much of a hassle which I immensely appreciated because he reciprocated the polite behavior. Now I know smoking in parks is completely prohibited, but Central Park is just too pretty to resist.

I don't want to bother anyone, and make it my first rule when I smoke outside: I avoid families and elders and stick to areas most people don't walk around or has very little foot traffic.

So, should I feel bad when I find a desolate spot in Central Park on a nice fall/winter/spring/summer day and spark one up before heading to Shake Shack?

Sincerely,
I know I should be doing it at home. 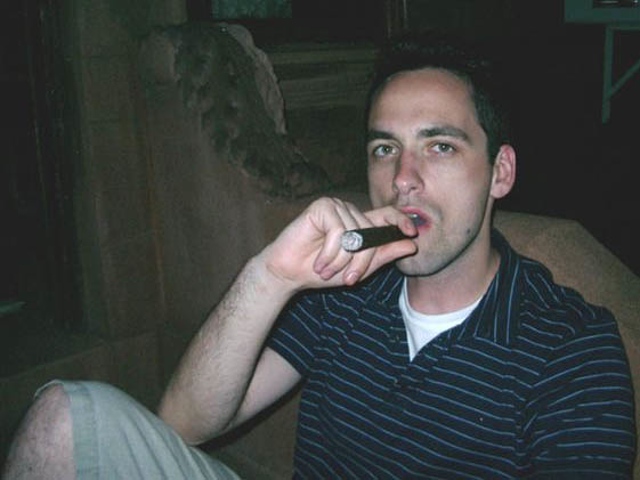 Dear Doing It At Home:

I'm going to go out on a limb here and guess that you are white and affluent, as you have now been caught at least two times by the police for "burning marijuana in public" and escaped with only a ticket, rather than the fifth degree misdemeanor and a night or two in The Tombs that a less caucasoid person would probably have received.

Many people are confused by our current weed laws. This is because they are confusing! The possession of 25 grams of bobo (that's 88% of an ounce, or about this much) was decriminalized in New York State in 1977. For the next 17 years, you could pretty much smoke wherever you wanted; the cops were busy fending off the collapse of civilization and trying to keep themselves alive. When I was growing up the pungent smell of yerba was common on the streets of many a neighborhood, including Park Slope, and I have it on good authority from adults of close personal acquaintance that you could smoke herb in the streets, on the stoops, in taxis, and inside courthouse bathrooms without major risk of arrest.

This changed in 1994, when Rudy "Buzzkill" Giuliani and his police commissioner William "Broken Windows" Bratton began a marijuana crackdown. In just 6 years, we went from roughly 3,000 marijuana arrests a year to 51,000, many of them made under the "open view" exception, where the cops would order the unlucky victim empty his pockets, thus revealing the small bag of unsmoked splim, and then pop him for having cannabis in public, despite this being against the obvious spirit of the 1977 law.

More than a million arrests were made over the last 20 years for cheba crimes. Most of the people arrested were poor or minorities. The damage done, in terms of lives degraded by a rap sheet, and in terms of judicial resources wasted, was immense.

This recently began to change. After years and years of activism by groups who recognized the enormous costs of this policy, and the election of more sensible politicians, including our current mayor, the official NYPD enforcement guidelines have once again returned to the 1977 standard. However, arrests are still hovering around 30,000 a year, high above the number in the 1980s. Whether this will change in the later years of the De Blasio administration remains to be seen, particularly while Andrew Cuomo (a particularly conservative Democrat on drug laws) continues to occupy the governor's office.

Burning cripple is just as much a misdemeanor as it's ever been, and not having ID, having a warrant out for another crime, or smoking in proximity to schools or playgrounds are all causes for immediate arrest. In short, if you're smoking ding outside, and haven't been arrested for it, you're very fortunate—think about all the people who didn't get that lucky, because of how they looked, or because the cop had to make a quota, or was just in a bad mood that day. May I suggest a donation to NORML or the MPP or a similar organization working to ensure that others receive the same tolerance that you already enjoy?

Not that you're doing anything wrong! Who among us hasn't wanted to lay in a ballfield in the park at night puffing on some dooj? What harm is there? Does anyone really believe that discrete public smoking will somehow lead the local youth down a path of wickedness, or foment social mayhem? Amsterdam still stands. Seattle and Denver, with far more liberal ganja policies than ours (though they still technically prohibit public smoking) show no major ill effects. Plenty of places in America permit public drinking, which is demonstratively linked to far worse behavior and health outcomes, and yet Bourbon Street continues to rage. Your behavior seems far more civilized than the many barbarities I've witnessed there.

As long as your green is sourced ethically (and not from say, Mexican drug gangs or Colorado corporations secretly owned by Phillip Morris), and you're not smoking it in the middle of my kids' playground, I say there is no moral issue here. On the other hand, moderation is a virtue and discretion is the soul of valor; consider getting a small vaporizer and continue frequenting the less trafficked parts of Central Park. The Ramble or the Ravine are both very pretty and desolate in Winter!

#ask a native new yorker
#marijuana
#pot etiquette
#smoking pot
#original
Do you know the scoop? Comment below or Send us a Tip