This week's question comes from a local who's troubled by luxury residential buildings with separate entrances for low-income tenants.

As you have undoubtedly heard, the "poor door" policy has been approved for New York City. I too grew up in this city (Brooklyn and now lower Manhattan) and one of the many things I love about living here is the fact that we can be shoulder-to-shoulder with people from all walks of socio-economic life. It is part of the dynamic fabric of this great city. And now this?! I believe the "poor door" policy is a major escalation of class warfare. Developers are clearly gaming the system and setting up a tone of separate and unequal.

I obviously have strong feelings on this issue. My problem is articulating why this is so wrong to those who say "at least some affordable housing is being built, who cares how it's done." Or worse: "They should be thankful for getting those units." How do I convince people that the "poor door" is a terrible thing for this city?

Thanks,
Mad as Hell NYC Native

When you feel down about the terrible inequality in our city, and the way it seems to just keep getting worse, or about how our capitalist society can put a supercomputer on your wrist for $349 but somehow makes education and healthcare unaffordable to all but the very rich, let me teach you a mood-enhancing trick I learned growing up amongst the Trotskyites of Park Slope.

You see, to the Marxists, history is an inevitable march towards a classless state, where the fruits of mankind's labor are spread equally amongst all people. In some time periods, and in some societies, the wheel may appear to be spinning backwards, but, in the immortal words of Martin Luther King, Jr., "the arc of the moral universe is long, but it bends towards justice." 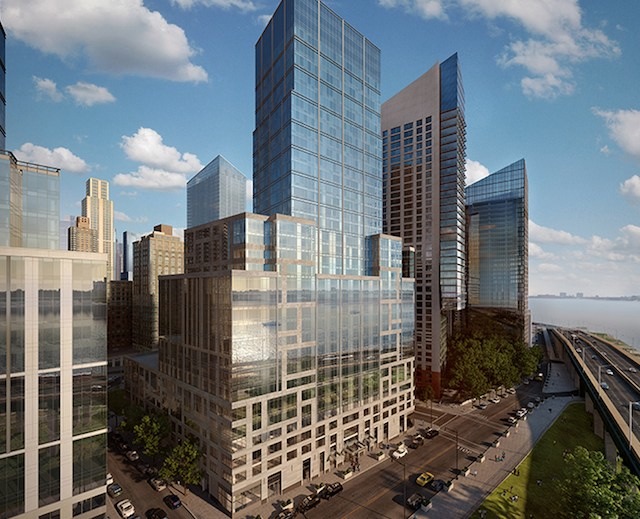 Extell's project at One Riverside Park, looking at the entrance for market-rate tenants. Low-income tenants will be forced to enter on 62nd Street (Extell)

Like all things that come out of Park Slope, this line of reasoning is insane, but contains a small grain of truth. Allow me to illustrate how it works in a little more detail.

Why do poor doors exist? It's because developers hate paying property tax, and are willing to enter into deals with the state to build affordable housing to avoid or reduce these taxes. Under the Bloomberg administration, the developers were allowed to segregate these affordable units in undesirable parts of the building (for instance, facing a highway, or another building very nearby) and built in this way, the developers could hide behind the fire code and say that these separate areas required separate entrances.

Only a real estate developer, focused so intently on squeezing the last drop of profit out of every building site, could fail to realize the wave of revulsion and bad press such a scheme would create. When polled, an astounding 78% of New Yorkers think poor doors are evil.

The other 22% raise two arguments. They say we live in a land of private property and freedom, and any regulation affecting the developer is a Communist confiscation that will inevitably lead to tyranny. Or they say that forcing the affordable units to be intermingled with the luxury units will raise the total price of development and lead to a smaller number of affordable units overall. Both of these responses are specious.

Developers receive many benefits beyond simple tax credits from our society. For instance, they benefit from zoning laws that prevent another developer from putting up a huge building right next door and blocking their windows. They benefit from the population density that our city has developed (and which itself depends on things like mass transit, garbage pickup, street sweeping, and hospital access) that they didn't create themselves. And finally, they benefit from our private property laws and the protection of the police to keep rampaging mobs out when the shit really hits the fan. 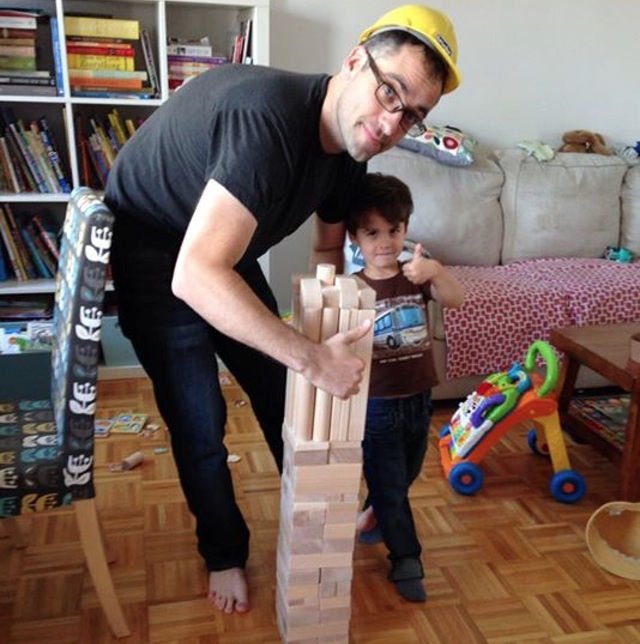 For all of these benefits, our capitalist society asks for very little in return. The poor door building at 40 Riverside has just 20% affordable units, for instance. Requiring that these units be mixed around the building, instead of stuck in an annex, would add very little to the overall cost, and is certainly within reason for our society to demand in exchange for all these benefits that the developer has received.

Why do we demand it? Why does it matter that the developer build the units within the main building, and not down the block, or over in East New York, or, I don't know, in Buffalo, where we would certainly get more affordable housing per dollar of tax benefits granted? Two reasons: because segregation is wrong in principle, and because it is wrong in practice, when all the costs are considered.

The principle is easy: segregation violates the basic principle of fairness, which underlies all justice. Think about the people using the poor door, who, because of the inequalities in our society, will mostly be black or Latino. Think of how their kids will feel using that door. Or think about the pernicious way that allowing developers to build units in East New York would contribute to segregation in our public schools, already the most segregated in America. Who would defend an institution that treats people like that? Who would argue that, when you take into account the costs of segregation in terms of crime, lower economic achievement, poorer performance in school, etc, that such a policy could ever make economic sense?

Nobody, which is why even the developers are backing away from poor doors. Take Larry Silverstein's new tower on the Upper West Side. After the first wave of negative press, he's agreed to give the "poor" tenants "shared access to a courtyard and a 12,000-square-foot roof deck facing west over the Hudson River" and he's also "decided to position the entrance to the project's affordable building so it faces a planned, 4-acre public park. It will also have a lobby with a glass facade and a custom-wood entrance the developers hope won't just feel like a back door."

Obviously this doesn't go far enough. A custom-wood poor door is still a poor door, and that's why we need, and will shortly receive from our newly progressive City Council, regulation banning the poor door practice altogether. Together with Bill de Blasio's mandatory inclusive zoning for all new developments, we're about to leave the Bloomberg era of segregated luxury condos behind, probably forever.

But if that doesn't happen, don't let it get you down. Look back at history, and think of all the tiny things that have kicked off revolutions in the past: a produce vendor getting a ticket in Tunisia, a mob storming a prison in Paris. Who's to say, some day in the future, some kid comes home after a bad day, loses it when he's forced to enter his home through the back door, and the entire city explodes?

N.B.: Behavioral experiments suggest that fairness is so important to humans that they will give up money or other benefits just to make a point if they feel that they've been treated unfairly. This natural urge for fairness is the source of the primal revulsion that poor doors tap into.

#affordable housing
#ask a native new yorker
#housing
#poor door
#poor doors
#longform
#original
Do you know the scoop? Comment below or Send us a Tip