This week's question comes from someone who got dissed hard for tardiness.

Last night I was 15 minutes late to meet a friend for a drink in L.E.S. because the 6 train took forever. She was really mad and said I should've left earlier, because in New York City people are always on time. I said that I knew for a fact that wasn't true, because in a city this complex, with 10 million people running around, there's no way every single person could be punctual even if they wanted to. But she said that was a provincial attitude and just showed how I'm not a real New Yorker. Is punctuality really a New York trait? If so, why?

Your friend is right, and you are wrong. You should have left your house earlier. The 6 train is only on time 53.6% of the time! That's worse than every line except the 4 and 5, and even worse than the F, which stands for "fucked" because 54.9% of the time you're getting home late. 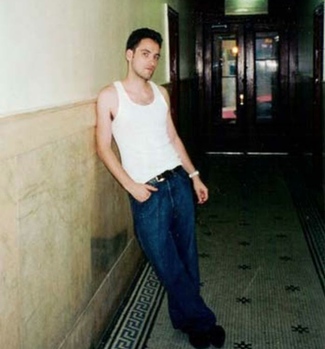 Native New Yorkers are punctual. We understand that in a city this crowded and complex, if everyone showed up late all the time, our world would quickly devolve into anarchy. Countless lives disrupted, countless hours wasted scrolling through Instagram while leaning against some godforsaken wall outside of a bar waiting for so-called friends to grace us with their presence. To avoid this horror show we locals studiously avoid hanging out with people from outside the city. It's just not worth the risk.

Also, people who are constantly late have a way of getting fired from their jobs, and what with the high cost of housing and the precarious job market, most unpunctual people here rapidly become homeless and end up having to call their parents for a bus ticket "home" to Des Moines or wherever, which is something you should try to avoid. Get your shit together and start building a generous buffer into your trip planning before you wind up back in the provinces watching Castaway on the couch with Mom every Friday night.

There are, of course, some cultural variations on timeliness. Just as Japanese people would rather commit seppuku than show up 30 seconds late for a meeting, and Spanish people consider anything within five or six hours on-time, New York's various ethnic and geographic enclaves have their own punctuality traditions. For instance, in Brooklyn and Queens, you are granted an additional 10 minutes because of the G train, which though officially on schedule 78% of the time, in reality requires a wait of somewhere between 20 minutes and 2 hours.

Even there, being punctual is an important sign of social respect. If you show up 30 minutes late to meet your Native friends at Spumoni Gardens or wherever, they're likely to be all "forgetaboutit" and you will end up dining alone. Don't you care about your friends? Don't you respect them enough to show up when you said you would?

In this age of the smartphone, there's really no excuse. Google Maps now includes accurate subway directions complete with start-to-finish trip times. Citymapper is another good app; I particularly like their bus timing feature. Although the truth is that you don't even need that level of accuracy. A good rule of thumb is leave 45 minutes early when you have to get from an outer-borough to somewhere in Manhattan (add 15 minutes if you're further from the subway), and 30 minutes early for trips in Manhattan further than one neighborhood apart (Soho to Chelsea, say—add 10 minutes for each additional neighborhood). Download the MTA's Weekender app for real-time transit updates and service changes, and/or check MTA.info right before you go.

[Can I get deep for a second? A lot of philosophers and physicists and people who have thought about it deny the reality of time. Some posit an eternal timeless universe. Others believe that time is a flat circle that eternally returns. Einstein said "People like us, who believe in physics, know that the distinction between past, present and future is only a stubbornly persistent illusion." This view is also adopted by many Buddhists, who believe that only the present moment has any reality, and that you die every second of every day.

Unfortunately, telling your friends that as a Buddhist you deny the reality of time and therefore cannot be expected to arrive punctually for drinks will not earn you their esteem. I recommend at least pretending that time exists, for their benefit.]

In conclusion, buy a watch, stop procrastinating so much on your computer, and give yourself enough time to get where you're going. Namaste.