Ask A Native New Yorker: Am I Too Fat For This Subway Seat?

This week's question comes from a Queens straphanger with more to love.

I'm a 24-year-old upstate transplant living in Astoria, Queens. I've been living there for two or three years, and I love it.

Because I live at the end of a subway line, I often get a great seat on my morning commute. I'm not exactly overweight, but when a larger person sits close to me on the train, there is often not enough room to comfortably fit a third person. Sometimes, I try to stand up so the third person has enough room to not be rubbing shoulders with me, but that seems to create a bit of an awkwardness. Other times, I try to turn into the side of the bench, making myself as small as possible. This is awkward and uncomfortable, and I look silly.

I'd love to hear how a native New Yorker handles this problem, or if I'm the only one worries about this kind of thing.

Thanks for your time. Your column has helped me a lot!

Sincerely,
Does This Train Make My Butt Look Big?

You are obviously a kind, thoughtful person who cares more about the needs of others than about yourself—a clear sign that you haven't lived in this filthy cesspool of human misery for very long. In a few more years, the only thing you'll consider before sitting down on the train is whether it's been recently used as a toilet.

Should a pregnant lady apologize for taking up too much room on a crowded car? Should a person in a wheelchair apologize for blocking the aisle? New Yorkers come in all shapes and sizes, and the one thing they have in common is that they never apologize to anyone, for anything. Fine, maybe "never" is too strong a word—if you count a half-assed whispered "sorry" after they've already knocked you out of their way. (You're lucky if you even get that.) 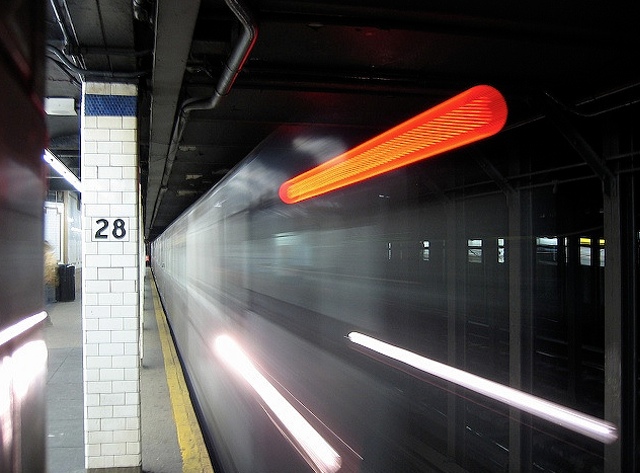 Besides, for every ass-endowed individual such as yourself, there is at least one skinny, bony-butted person like me. (Possibly many of us; two common New York qualities are hyper-vigilant twitchiness and intense lactose intolerance, both of which make it hard to keep on weight.) We complete you! And we're more than happy to slip into that three-quarters of a seat currently unoccupied by your posterior.

It's nice that you want to minimize the inconvenience you inflict on others. That's a lot more than most people do! But beyond observing the NYC order of precedence for giving up your seat, and not being intentionally rude, you have no reason to feel guilty. If anyone should feel guilty it's the engineers who designed those seats with the bumps in them—that's just to discourage homeless people from laying down. A flat bench would be more humane, and would also accommodate the wider range of girths common in 21st Century America.

It may make you feel less awkward to know that despite the common perception of New Yorkers as thin (from walking everywhere and being too poor to afford food because of our usurious landlords), many New Yorkers are overweight: in 2009, the numbers were 42% in Manhattan and 58-62% for the other boroughs. You aren't alone!

I think fat people get treated worse than just about any group of people with a health issue; you might be able to disguise your addiction or mental illness or cancer, and even if you can't, most health problems are correctly understood as being generally outside a person's control and responsibility, and so they don't get blamed for their affliction. But people who are overweight don't get cut that kind of slack—despite everything we know about the genetics of obesity, the mendacity of fast food marketing, and the sedentary requirements of most modern jobs. That's really unfair, and I think you've probably internalized some of that guilt trip.

Unshackle yourself from this brainwashing! Free will is an illusion. Your weight, like everything else about you, is the product of material causes outside your control: genetics, the environment, the organization of neurons in your skull, whatever. Even if you could decide to become thin, where would that decision come from? Some subconscious calculation in your brain? Some essay you read on the Internet? Any cause you can think of is ultimately going to come from somewhere beyond your conscious control, and since it's not within your control, you don't have to feel guilty about it.

This is not permission to act however you want. You still must conduct yourself as if you had free will—trying to live a healthy life, trying to be considerate to others—but with the good humor and sympathy for yourself that comes with knowing, ultimately, that it's not up to you at all.

Think about that the next time some rail thin hipster gives you side eye about taking up a little too much seat!