As Seen on TV: The Maple Syrup Smell on 30 Rock 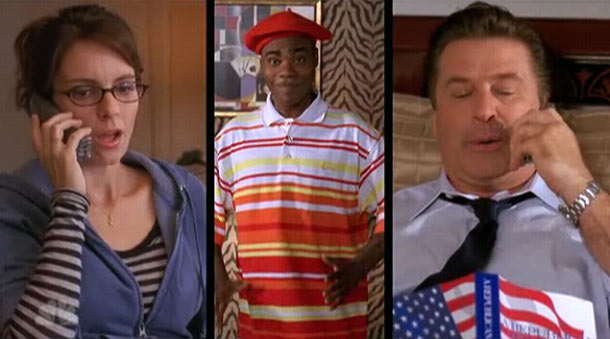 While the maple syrup smell remains a two-year-old mystery to us, 30 Rock entered the fray with a hypothesis. On last night's episode, Liz Lemon, who smells waffles from her Upper West Side apartment, calls Tracy Jordan to remind him to practice his Re-Run dance for the What's Happening! sketch. But Tracy, in his NJ home, says that the smell of waffles is distracting him. Then Liz gets another call - it's Jack Donaghy, over on the Upper East Side:

Jack: Do you smell maple syrup?
Liz: Yes!
Jack: Don't panic, Lemon, it's probably not a chemical attack.
Liz: What do you mean, probably?
Jack: It's probably just a strange wind pattern coming over those factories in Staten Island where food flavors are made. I don't think it's northrax.
Liz: What's northrax?
[Tracy starts his Re-Run dance]
Jack: It's a chemical agent we sold to the Saudis in the 1980s that smells exactly like maple syrup. But I don't think this is it.

We don't know how long ago this episode was produced, but just for that part, we give it five stars, especially since last week the smell returned. You can watch the full episode at NBC.

Alec Baldwin actually lives on the Upper West Side, which is where many of the maple syrup smellings occur. And when the city smelled like natural gas (or mercaptan, the chemical added to natural gas to make it noticeable), the city blamed New Jersey.