As a stridently anti-marijuana Justice Department takes shape in Washington, New York state legislators have put forward legislation that would expand the decriminalization of possessing small amounts of marijuana, and Governor Andrew Cuomo has indicated that he plans to make supporting such efforts a priority during this year's legislative session.

Possession of small amounts of marijuana has been decriminalized in New York state since 1977—not that this has stopped the NYPD in recent history from finding ways to arrest tens of thousands of mostly black and Latino people for it. Possession of fewer than 25 grams of weed is currently punishable by the equivalent of a traffic ticket—$100 on the first offense—but NYPD officers have been known to get around this by demanding that people empty their pockets, then arresting them for having the pot "in public view," which is a misdemeanor.

In 2010, at the height of former NYPD Commissioner Ray Kelly's war on weed/stop-and-frisk spree, cops arrested 50,383 people for low-level marijuana possession, often relying on this tactic, according to arrestees and public defenders. 86 percent of those arrested were black or Latino. Research shows that white people smoke pot at comparable, and in the case of teens, higher rates.

The bills, proposed by Sen. Daniel Squadron (D-Lower Manhattan) and Assemblyman Robert Rodriguez (D-East Harlem), would make possession of small amounts of marijuana in public view a ticket-able offense the same as having a dime bag in one's pocket, but would keep smoking the stuff in public as a misdemeanor. Also, in Cuomo's recently released State of the State policy book, the governor says vaguely that he wants to decriminalize marijuana possession. 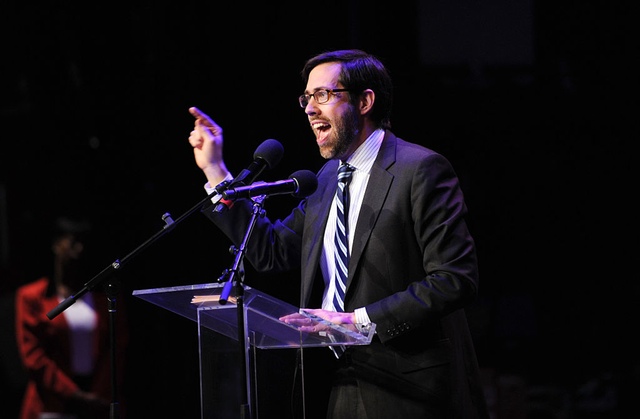 Asked for elaboration, a spokesman for the Governor's Office said that Cuomo would propose decriminalizing public view possession, but not smoking in public. A failed bill of Cuomo's called for the same reforms in 2012. Legislators have attempted versions of the same bill each year since, without luck. The spokesman said the governor hadn't seen the reintroduced bills (put forward on January 4th and 9th in the Senate and Assembly, respectively) and he would have to review them.

Coming from a man who in 2010 said, "The dangers of medical marijuana outweigh the benefits" and, when he later came around to the idea, demanded the inclusion of unusual restrictions on the state's medical cannabis program, the latest sign of pot permissiveness from Cuomo is heartening to anti-prohibition advocates. In his book announcing policy pushes for the coming year, Cuomo relies on such activists' arguments, citing data about the massive number of marijuana arrests nationwide, the $75 million cost to New York City in 2010, and a study that showed 90 percent of people arrested for marijuana were not subsequently arrested for felonies in the next 6 1/2-8 1/2 years.

The illegal sale of marijuana cannot and will not be tolerated in New York State, but data consistently show that recreational users of marijuana pose little to no threat to public safety. [...] Continuing the Governor’s commitment to reduce the number of nonviolent individuals who become needlessly entangled in the criminal justice system, Governor Cuomo will advance legislation amending the State’s marijuana drug laws by removing the criminal penalties that too often result in the over-prosecution and jailing of non-violent individuals.

This measure reflects the national trend and dramatic shift in public opinion. Whereas other states have sought the full legalization of marijuana, this legislative change will specifically affect individual users and not reduce penalties on those who illegally supply and sell marijuana.

Anne Kadamani, legislative coordinator for Assemblyman Rodriguez, praised Cuomo's renewed support for broadening decriminalization. "Being Democrats in the Assembly," which is Democrat-controlled, "a lot of times we have issues getting things passed in the Republican Senate," she said, adding, "It’s a great thing that the governor came out and said it now. Maybe this session—we’re hoping it’s going to change." 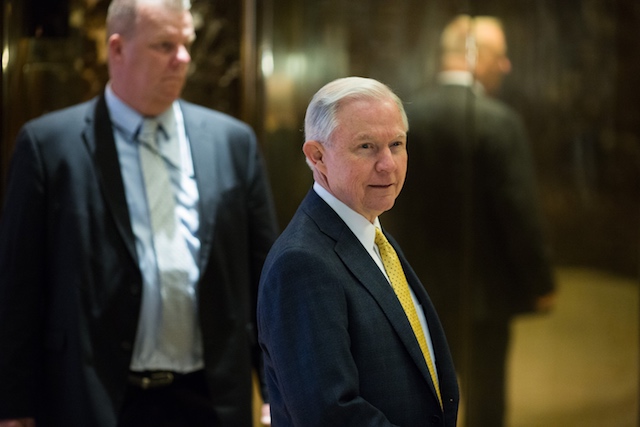 Sen. Squadron also plans to again put forward the Fairness and Equity Act, first introduced in 2014, which goes further, calling for the decriminalization of smoking weed in public, vacating prior convictions for the offense, eliminating the three-year wait for sealing marijuana arrests, and explicitly calling for equitable enforcement, according to chief of staff Andrea Bender.

Low-level marijuana arrests are down in New York City since Mayor Bill de Blasio took office, but not as far down as drug-war critics would like, and the same old racial disparities persist. In fact, marijuana possession arrests rose by 1,500 to 14,000 for the first nine months of 2016, compared to the same period in the year prior, according to data provided to the Police Reform Organizing Project. 90 percent of those arrested were African American or Latino.

Currently 26 states and the District of Columbia have legalized marijuana in some form. Eight of those, including our neighbors in Massachusetts, have legalized recreational marijuana. Chris Alexander, New York policy coordinator for the Drug Policy Alliance, predicts Massachusetts's recent move will increase the availability of black-market weed in New York, and further highlight the need for full legalization here. In the meantime, decriminalization is a welcome step, he said.

"We’re pleased that this is something the governor has listed as a priority," Alexander said, noting that racial disparities in drug enforcement are consistent across the state. "We want to see of course what the specifics are going to be, how he’s going to move forward with it. We want to open up the larger conversation towards moving to end prohibition altogether, but we're happy about it overall."

Trump's pick for attorney general, noted opponent of voting rights, civil rights, gay rights, women's rights, and fun Sen. Jeff Sessions, famously once declared "Good people don't smoke marijuana." During Sessions's confirmation hearing this week, he responded to questions about whether he would oversee a federal crackdown on state marijuana markets with statements like, "It is not the attorney general’s job to decide what laws to enforce." Alexander said that Sessions's strident anti-weed stance means that it is more urgent than ever to push through state, and when possible, federal reforms.

"It's definitely a big concern," he said of Sessions's ascendancy. "We’re very uncertain as to what approach he’s going to take to the existing industry...It's important for state officials who have recreational marijuana in their states to take a stand on this."