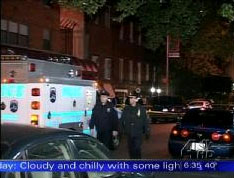 Rodriguez's family became worried when she didn't return home from work on Thursday night, so they filed a missing person's report with the police at the 19th Precinct. The police went to the store around 11PM on Thursday, but since nothing seemed unusual - door was closed, gate was rolled down - they left. But the family asked the cops to check again, and in the early hours of Friday, the police found the gate was not locked.

WNBC says the former employee, David Andrango, was charged with second-degree murder. He had apparently been fired before the killing. Rodriguez, who lived in the Bronx with her husband and 16-year-old daughter, was remembered as a kind, giving person; a neighbor told the Daily News, "This woman was beautiful, as sweet as can be...This is unbelievable."