Are You A "Real New Yorker"? Let The Police Union Decide

Can you appreciate the role that police officers play in upholding justice in a civil society while also recognizing that justice is systematically denied to many? Do you praise the actions of brave, compassionate cops and condemn those who abuse their power and others who protect their ability to abuse it? Are you capable of having nuanced thoughts? If you answered "yes" to any of those questions, the city's largest police union doesn't consider you to be a "Real New Yorker."

Here's an ad that will run in several city newspapers courtesy of the Patrolmen's Benevolent Association. 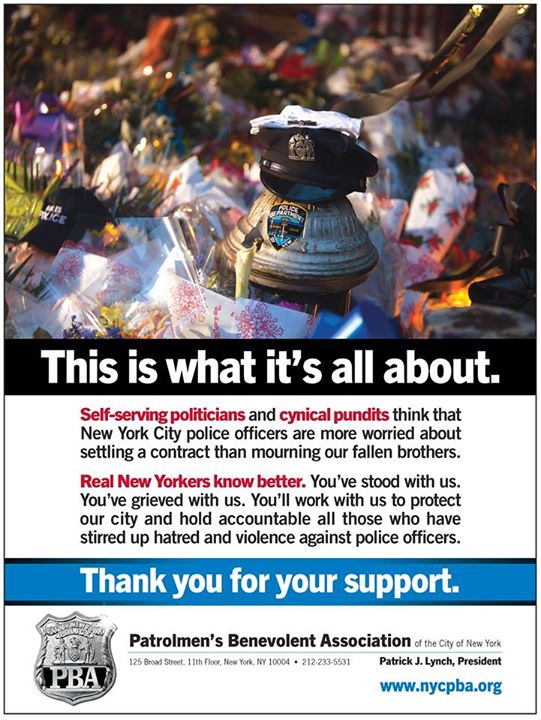 It's unclear whether the PBA believes Commissioner Bratton to be one of the "self-serving politicians" who thinks that their visceral (and statistically significant) reaction to the protests and police slayings is related more to labor matters than showing their hatred for Mayor de Blasio.

Bratton has consistently pointed to the absence of contracts with the PBA and the SBA as the unspoken rationale for cops turning their backs on the mayor and conducting a work slowdown, most recently on Monday.

There's a lot going on in the department at this particular point in time that's of concern to officers - contracts that the previous administration chose not to settle, this administration's seeking very hard to settle. There's also the issue of the various retirement plans - almost now a majority of my officers are now in a retirement plan that offers significantly less benefits than their predecessors received - an action that Governor Paterson took as he was leaving office - that is having profound implifications [sic] on officers who were injured in the line of duty.

With a very young - and now constantly enlarging - workforce, that are now out on the streets of the city, that's of great concern to them and their families - the benefits if they're injured on the job. We also have issues of concern relative to indemnification, in terms of the city willing to protect them if they're sued. There's a whole slew of issues, many of which the mayor and the police department - the administration of the department - are looking at, actively looking at, to see, are there things that can be done to improve or address those concerns.

Here are a few more PBA ads that went up over the last year; they all strike a similar theme. 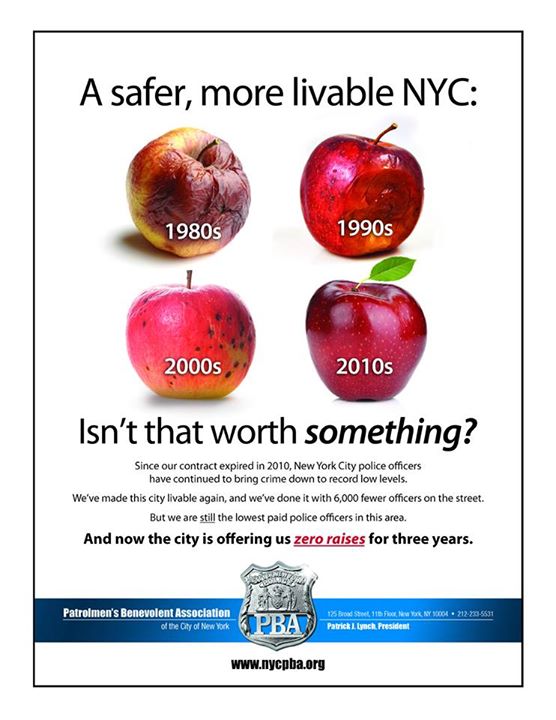 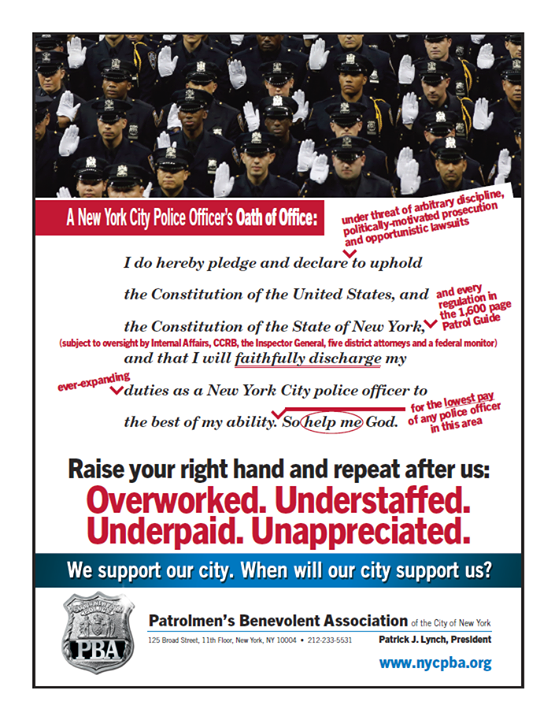 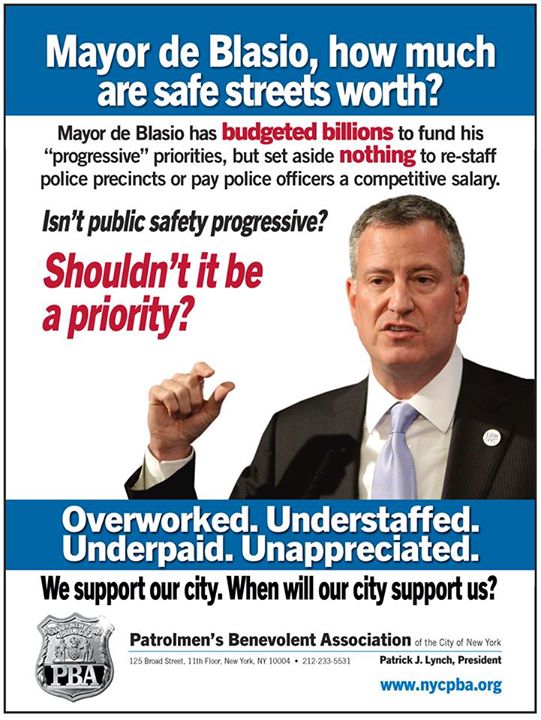 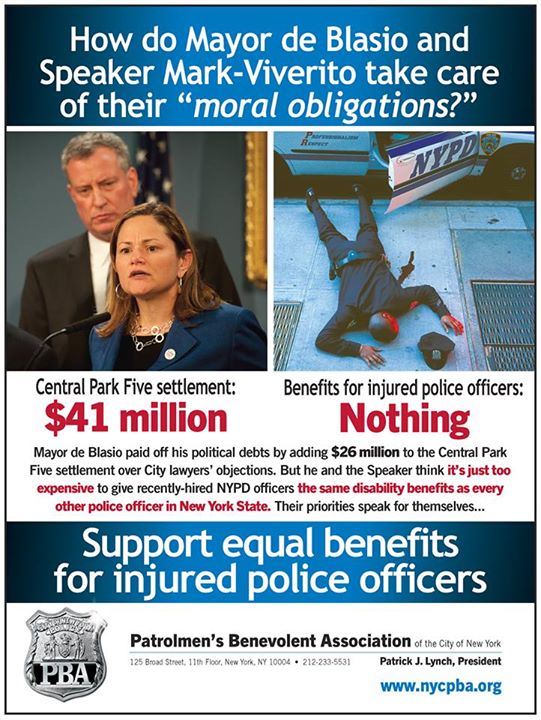 But we're just cynical pundits, what do we know?

#Goodbye Nuance
#nypd
#pat lynch
#pba
#original
Do you know the scoop? Comment below or Send us a Tip