Are Seatless Subways in Our Future? 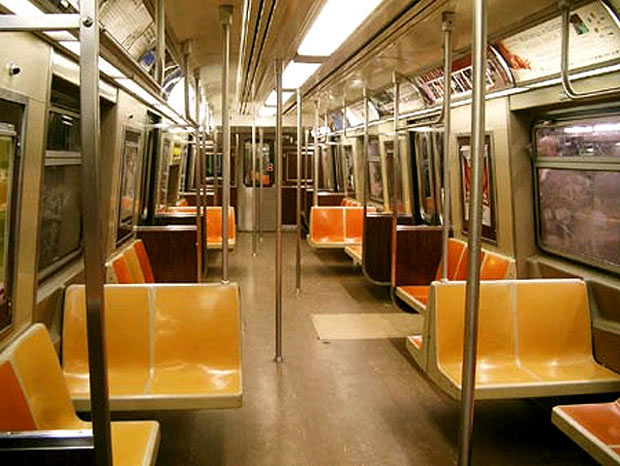 Just think of how many more people could cram into each subway car if there were no seats! That's the idea behind the latest MTA plan which WNBC reports will bring flip-up seats underground. The seats will be unforgiving during rush hour, as they'll be locked in the up position. Hmm, this isn't going to help the different lines raise their grades!

The pilot program will feature the seats in 4 of 10 cars, and "officials hope to squeeze more people -- as many as 18 percent more -- inside such cars." No word yet on which line will test out the program, or when it will reach all trains, but the roll out program will start later this year (as early as 5 months from now). To the elderly, pregnant and others who require seats...you've been warned.

The Daily News talked to some straphangers about the plan, and while one said: "I'd rather be on time than be comfortable," others disagreed. After all, we all know what the Tokyo subway system looks like during rush hour -- and they instituted a similar plan in 1990.