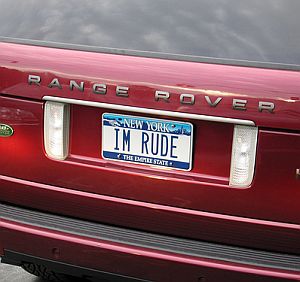 It's a common observation, but are New Yorkers really more rude than residents of other cities? In Smithsonian magazine, New Yorker dance critic Joan Acocella thinks we’re just misunderstood. After years of life in the city, she’s made a thorough argument that what outsiders perceive as rudeness is just a side-effect of life in New York, where the boundaries between public and private life are less pronounced.

New Yorkers spend more time up in each other’s faces in public, and thus feel comfortable being familiar with one another, Acocella asserts. So we’re less inhibited when it comes to telling strangers they’re annoying the hell out of us. And she thinks we also have more solidarity than other cities because most of us share the same aggravating experiences of mass transit, tiny apartments, and ice cream truck jingles.

The downside of all this for Acocella is that living among New Yorkers is “a little like being a child again and having your mother with you all the time, helping you, correcting you, butting into your business.” Which maybe explains while the Still in Diapers scene is so big here.