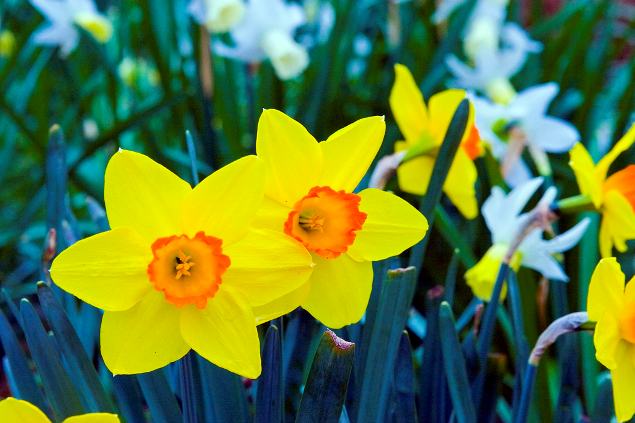 Because of the old "April showers bring May flowers" line, April has a reputation for being a rainy month. That may be true where that rhyme originated, but April is only the fifth rainiest month in New York. This April has seen less than half its normal rainfall and no precipitation in the last two weeks. That dry spell is about to end, possibly as soon as late tonight. Before then, this afternoon should remain mostly sunny with a high within a couple degrees of 70.

The high pressure system that has brought summerlike weather to the city this week is moving offshore. It is being followed by a series of upper level disturbances that will bring unsettled weather this weekend. Expect showers of the hit-or-miss variety through the weekend. The greatest chance of rain looks to be Saturday night into Sunday morning. Easterly winds mean Saturday and Sunday will be much cooler. Tomorrow's high should reach the lower-60s while Sunday will likely remain in the chilly mid-50s.

More cool weather and widespread rain are likely early next week as the storm currently over the upper Midwest skirts the northeast. Sunny skies, but not warmer weather, will probably return no earlier than next Wednesday.