Manhattan District Attorney Cy Vance and police Commissioner Bill Bratton are once again beating the anti-smartphone encryption drum, this time in response to Apple's stand against an FBI-prompted court order demanding that it hack into the smartphone of deceased San Bernardino mass shooter Syed Farook.

Farook's phone is of interest for obvious reasons—the FBI wants to know who he talked to ahead of his and his wife murdering 14 people at a county-worker holiday party. The case for granting access to the phone is also compelling: Farook is dead, killed in a hail of police bullets, and the phone actually belonged to the county, which has given its permission to hack into it. Farook's wife Tashfeen Malik pledged their allegiance to the so-called Islamic State in a Facebook post during the attack, according to the FBI.

The phone is an older model, an iPhone 5c running an operating system with default device encryption, and what the FBI and a federal judge are proposing sounds relatively benign: creating software to disable a feature that automatically erases the phone's data after 10 failed password attempts, in case Farook had that activated, so that federal investigators can crack the password through an automated process. 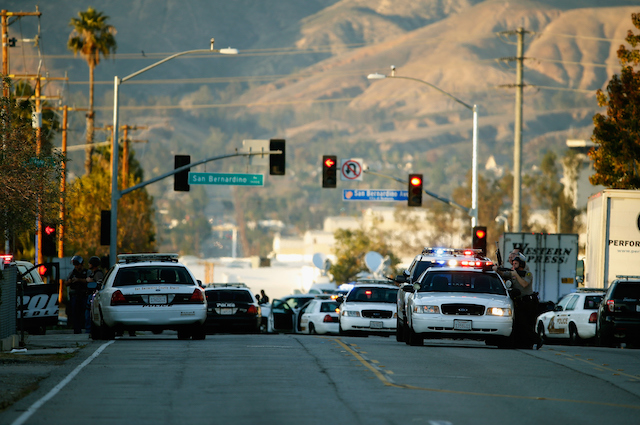 Police gather in the aftermath of the San Bernardino shooting. (Sean M. Haffey/Getty)

Apple CEO Tim Cook said the court order has the broadest possible privacy implications, and that is why his company is resisting it. In a letter to customers, Cook said he and his colleagues were "shocked and outraged" by the mass shooting in San Bernardino, and that Apple supplies the FBI with data that's in its possession when there's a reasonable court order, but that this amounts to a request to "build a backdoor to the iPhone."

"In the wrong hands, this software—which does not exist today—would have the potential to unlock any iPhone in someone’s physical possession," Cook wrote.

Because this sort of scenario isn't covered by a conventional search warrant, the feds are relying on the catch-all All Writs Act, written in 1789, to force the issue. Cook wrote further:

The implications of the government’s demands are chilling. If the government can use the All Writs Act to make it easier to unlock your iPhone, it would have the power to reach into anyone’s device to capture their data. The government could extend this breach of privacy and demand that Apple build surveillance software to intercept your messages, access your health records or financial data, track your location, or even access your phone’s microphone or camera without your knowledge.

Bratton and Vance used the occasion to reiterate their message against phone encryption, which they've been pressing since the fall of 2014 when Apple started making it the default on new phones.

"This has become, ladies and gentlemen, the wild west of technology," Vance said at a press conference. "Apple and Google are the sheriffs and there are no rules."

Vance said 175 phones recovered by his office are inaccessible, and relate to cases including homicides, attempted murders, and sexual abuse.

In a New York Times op-ed, Vance wrote, "iPhones are the first warrant-proof consumer products in American history," and called for new federal legislation to mandate a workaround.

Bratton gave privacy and hacking concerns a cursory mention on News12 before making his case against smartphone encryption:

I think the terrorist threats and criminal threats threaten their customers much more, frankly. This is the crux of the issue—we need to get this issue resolved: profit motive under the guise of protecting their customers’ interests over the interests of government to protect the lives of those customers.

It's not clear how taking on the country's national security and law enforcement is a prudent business move unless Cook's concerns about government intrusion and exposure of data to hackers is genuine, but I won't try to psychoanalyze him or Bratton. National Security Agency contractor-turned-fugitive-whistleblower Edward Snowden obviously doesn't find these law enforcement arguments compelling.

The technical changes the @FBI demands would make it possible to break into an iPhone (5C or older) in a half hour. pic.twitter.com/v6GeFXXXBC

The @FBI is creating a world where citizens rely on #Apple to defend their rights, rather than the other way around. https://t.co/vdjB6CuB7k

Groups including the ACLU, Amnesty International, and the Electronic Frontier Foundation have sided with Apple, as has Google's CEO Sundar Pichai. An online rights group called Fight for the Future is organizing protests outside Apple stores nationwide to signal support for the tech giant's privacy stance, including one at the cube on Fifth Avenue at East 59th Street, at 5:30 p.m. on Tuesday.

Remember when, after the FBI chief first called for encryption backdoors, China did the same a few weeks later? https://t.co/9KacoRNCuW

We tried to poll the rest of the DA's Office's of the other four boroughs about their stances on smartphone encryption, but none made someone available except Queens (thanks, Queens). The Brooklyn DA's Office said that it could not get someone in time for our deadline, and the Staten Island office declined because, a spokesman said, DA Michael McMahon "is new to office and has yet to fully discuss/review this." McMahon took office in January, replacing Dan Donovan, who took the seat vacated by congressman Michael Grimm after Grimm's conviction on tax evasion charges.

The Queens DA's Office's electronic investigations coordinator Karen Friedman said that her office, too, has run into walls trying to look at phones connected to rapes, robberies, kidnappings, etc., though she couldn't immediately put a number on how many. She said the federal government needs to create an update version of the Communications Assistance for Law Enforcement Act of 1994, which forced telecom providers to allow wiretaps of digital phone service, and later broadband internet, and was not without its own set of privacy controversies.

Smartphone messaging apps, and the data on phones themselves, are not governed by any existing law, she said, allowing companies like Apple and the messaging app Kik to create hardware and software that gives them only varying levels of access to users' data, and no requirement that they retain it.

"There's a whole world of phones we can't get into," she said. "So there's a whole lot of evidence that we can just never access." 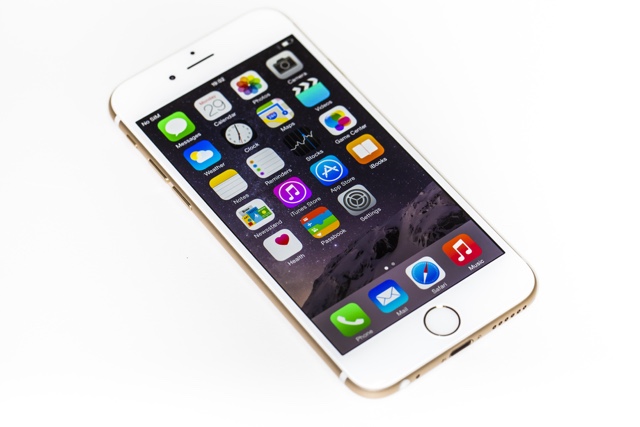 Assistant Chief DA John Ryan said that there's no telling whether hackers haven't already come up with a way to circumvent Apple's security, and that the slippery-slope argument of activists and tech companies is fanciful.

Ryan said that their office would have no problem with stringent limits on obtaining warrants for smartphone access, but that the Fourth Amendment "doesn’t say no warrant shall issue if you have a really strong lock on your house."

Friedman said that she personally turns off location services on her iPhone, and disables Siri. She explained that photos sent to people with location metadata could steer anyone to her house, and because Siri lacks voice recognition, it can be used by anyone to obtain numbers from her phone, even if it's locked. Still, she said, she'd have no problem using a phone with some sort of legally mandated encryption backdoor, in part because she's doing nothing wrong.

"I'm more conscientious about my personal safety, as opposed to what someone else might know about me," she said. "There's nothing necessarily secret that I'm talking about. I just don't think that other people need to know personal information about me."

Law enforcement officials are angry because "they had easy, unaccountable access to everyone's personal communications without even trying, and now they have to jump though hoops," he said. "They were fine when banks and other sophisticated actors were the only ones with regular access to strong encryption, but now that everybody has access, they are pitching a fit."

He argued that the founders are on Apple's side.

"All constitutional rights hamper investigations," he said. "That's the point of the Constitution."